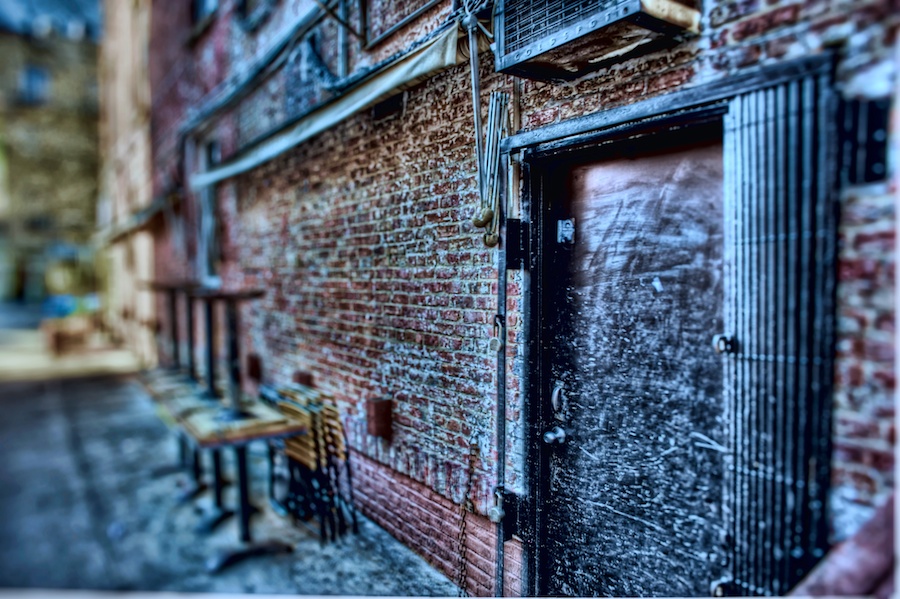 When Nikon and Canon shooters think of the other system, they spend half their time thinking up reasons why their preferred system is superior, and the other half looking enviously at the features the other system supports that their system lacks.

I shoot Nikon, and one area where Canon is better is in its wide-angle tilt-shift lens.  Canon has a 17mm super-wide tilt-shift lens.  Photographers like Brian Matiash do fantastic things with it.  Here is just the most recent example.

The closest lens Nikon has is 24mm, and it has serious issues.   This week, I tried a software alternative, the Focal Point plugin from OnOne Software.  First I should note that Focal Point can be purchased individually or as part of a suite, and OnOne is running a sale on the suite until March 25, 2010, dropping the suite price from $599 to $399.  As for the substance, I am very pleased with my first test of Focal Point.  This shot was taken at f/4, with everything in focus.  The plugin allowed me to create a tilt-shift effect that I find very satisfying.

As for the photo itself, this is the side service door to the Smorgas Chef restaurant at the corner of W.12th Street and W.4th Street in the Village, processed with Photomatix, Topaz Detail, and Topaz Adjust, and Nik Color Efx.