You are here: Home / Buildings / This Ain’t Blockbuster 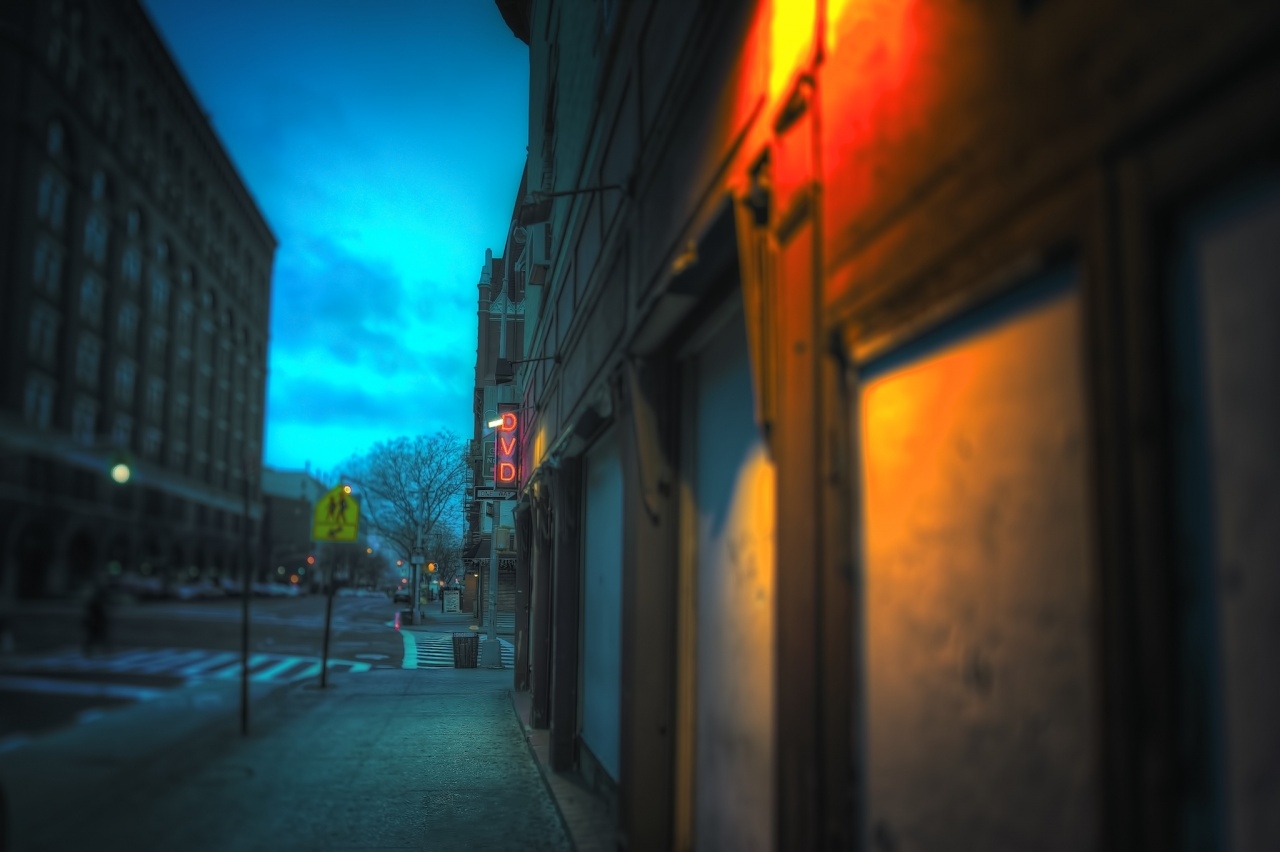 This DVD store has no name and no windows, but it was open for business at 6:20 am on a Sunday. I don’t think I need to say what types of DVDs it offers, which will just end up generating lots of irrelevant traffic to my site. There used to be lots more shops like this all over town before Giuliani became  mayor. The political establishment whined there was nothing they could do about it.  Hard to tell if they were lying or incompetent, because with very little effort Giuliani managed to marginalize and minimize their presence in the city. They still exist, as this store demonstrates. They should exist, legally speaking, but not everywhere. Those who want their fare know where to find them.

Me, I’m just happy to get an early morning shot with some nice neon in it, and if I made anybody nervous hanging outside the entrance with a camera and tripod, oh well.