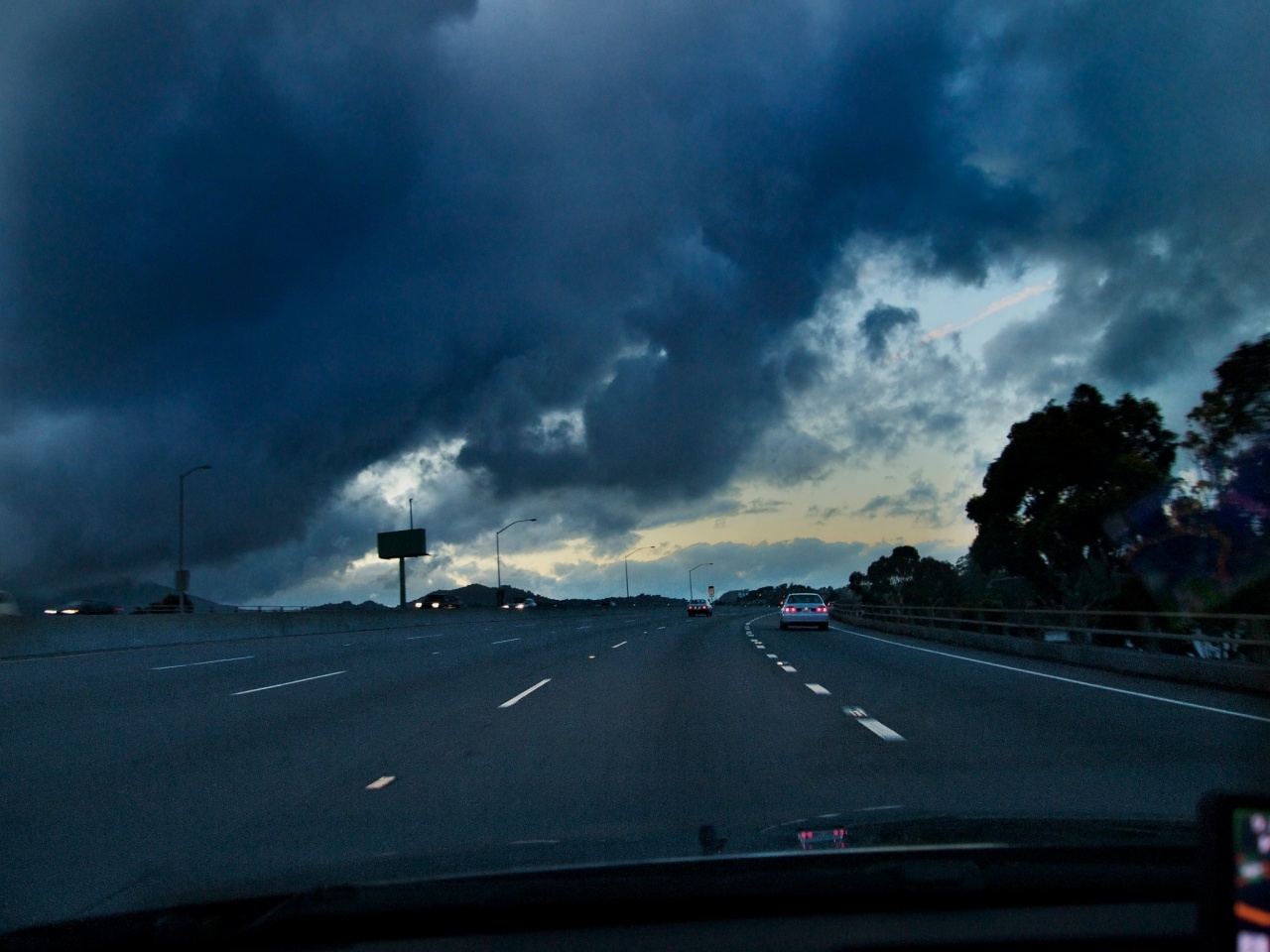 This continues my drive up Route 101 in Marin County. I’m not exactly sure where this was, but I saw amazing skies that entire evening. For a change, I chose not to crop out the hood or dash in this shot. I’ll probably post one or two more from this set before moving on.

UPDATE: I just added a Google Plus 1 Button. I don;t really know much about it but 2 sites I visited today also announced that they added it and I had to join the herd. I think it’s sort of like the Facebook Like button, but I don’t know where it ends up displaying the fact that you hit it. Also, it might raise my site in Google search rankings, which, if accurate, is a big plus.