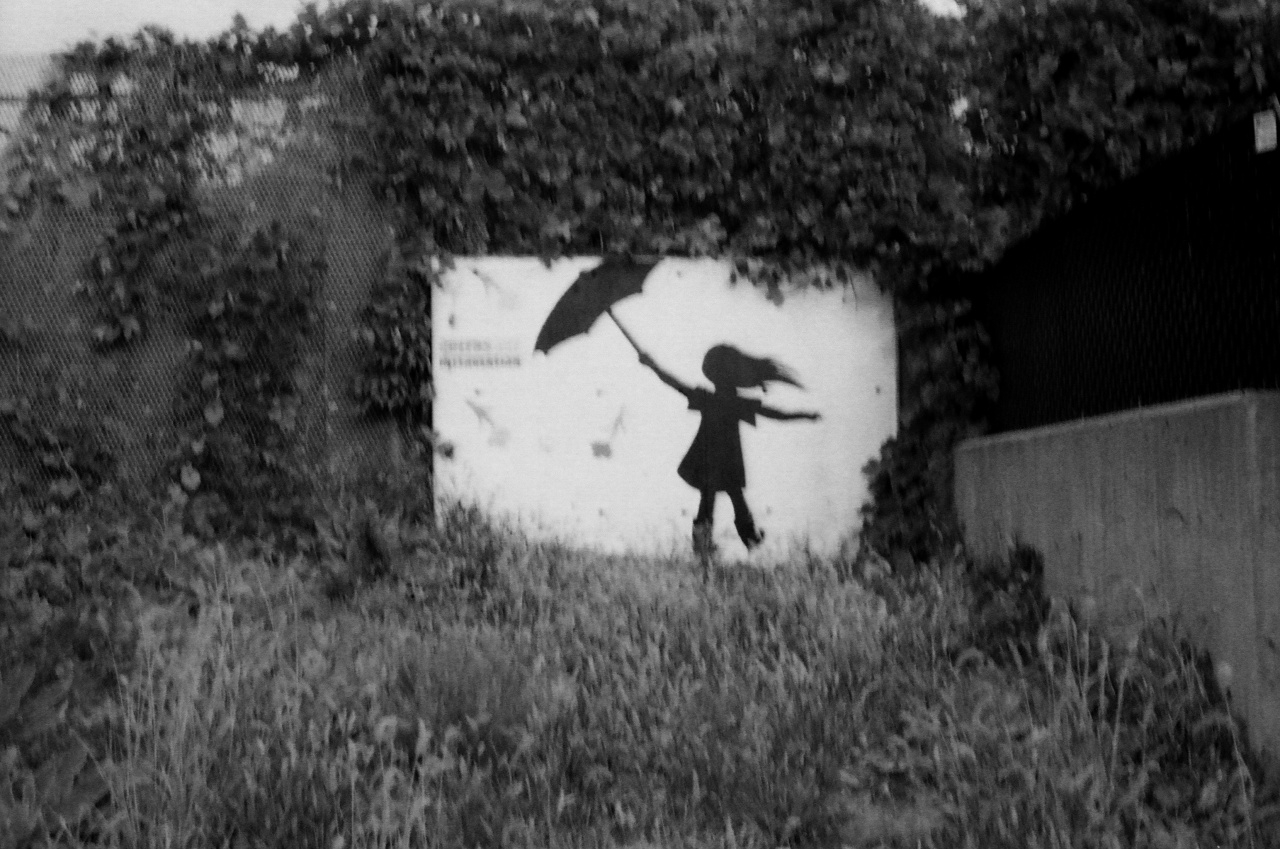 I had been saving this image to announce my participation in a new project, until I realized that it has nothing to do with the project. I’ll announce the project soon.  It’s not a secret, and it’s not my personal project, but I don’t have the pieces in place to make my first entry and announcement yet.

So this image, meanwhile, was shot an on Olympus 35 SP on Ilford HP5+ film. The scene is much more friendly and bright than this image. The painting is brightly colored, and sits on a railroad embankment very near to an overpass, and I presume is part of some program to brighten up such areas, which are usually rather neglected.

But when you shoot it in bkack and white film it generates a completely different energy.