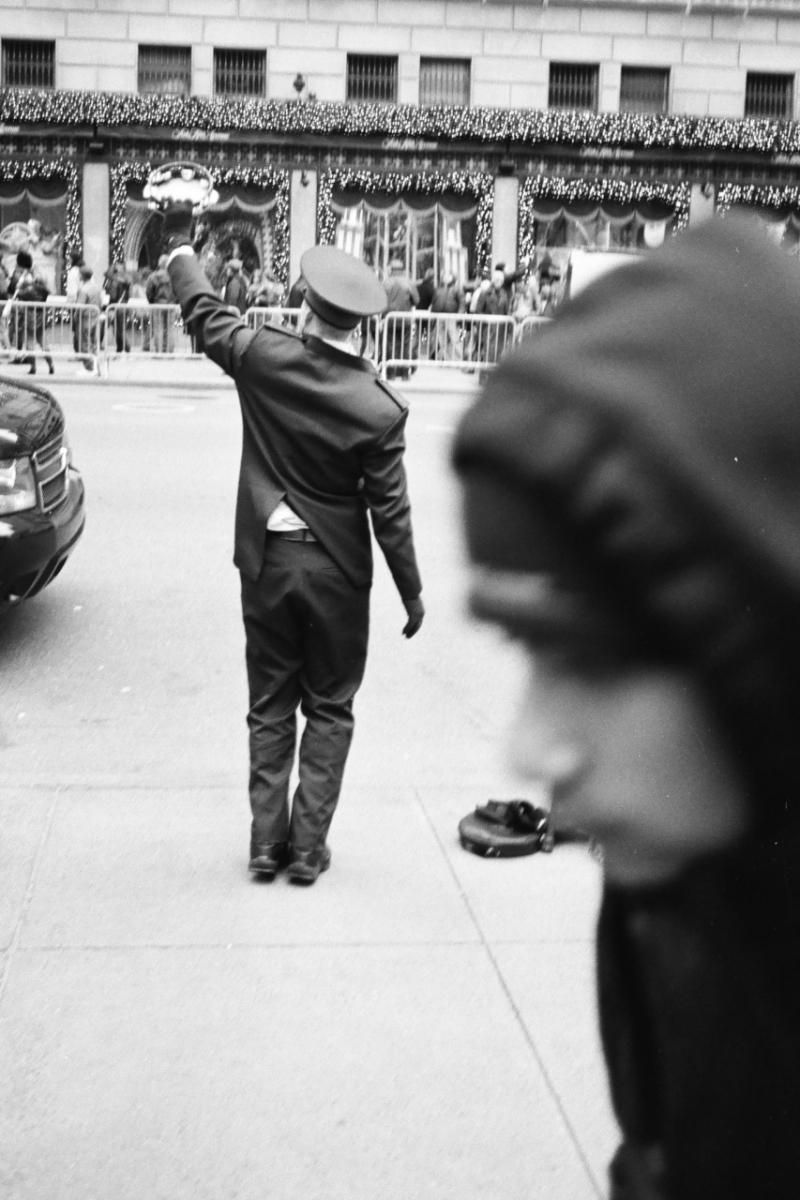 Ever since my buddy Justin first put his hands on a Fuji x100 series camera he has been a bit obsessed with its 35mm field of view.1  He wrote a book about it with his partner at The Photo Frontier, Armando Martinez. When I met up with them and several other photo friends a couple of months ago I remember Justin explaining why the 35mm field of view meant so much to him by saying that if we could spend some time inside his head we’d see how he tends to bounce or careen from one idea to another and that limiting himself to the 35mm field of view it helped to focus his creativity.4

So he recently decided to start a collaborative project he calls “WE35.” His official explanation of what it is can be found at the link, but my summary is that we are a group of photographers from around the world, all agreeing to spend a meaningful part of our time shooting in 2015 with a fixed 35mm equivalent lens. We should see how that affects our creativity and our vision. We’ll be taking notes, filing “reports,” acting all scientific-like,5 and having fun. And as usual, Justin is doing a bang-up job of bring lots of good people together.

I am quite familiar with the 35mm FOV, as I have been using x100 series cameras myself extensively for a few years now. In fact the 35mm project is sort of a cousin to my One Everything photo challenge, which, coincidentally was inspired by Justin and Armando. Because I’m currently fascinated by film right now, I’m going to do much of my WE35 work using film. Specifically, I’ll mostly be using a Contax T3  and its Carl Zeiss Sonnar 35mm f/2.8 lens. That camera is shown below with some of my other WE35 tools. The image above was taken with the T3 and Kodak T-Max 400 film.

Even if you’re not a part of the official WE35 team, you can play along by (1) taking your own 35mm or equivalent photos, posting them online, and using the #we35 hashtag on instagram, Twitter etc., and by looking for the #we35 hashtag for other reports. If you do post a we35 image to instagram, don’t just crop it to the square format which would destroy the 35mm field of view. Instead, please use an app like InstaSize or  InstaSquare to letterbox your images. 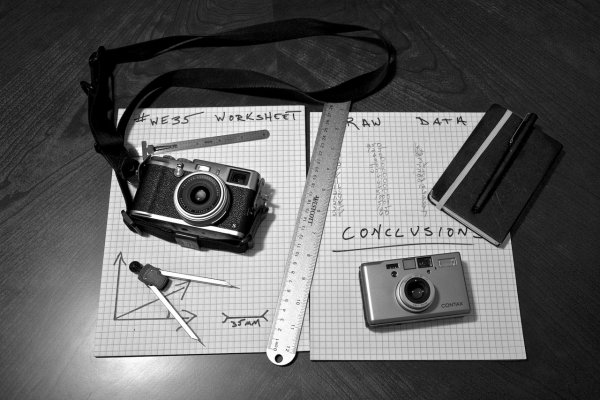 1The x000 series cameras have a 23mm lens, but  on their crop sensor that works out to a 34.5mm equivalent (do the math/round up) on a full-frame camera, which is the same size as 35mm film everyone uses as the standard, more or less.2

2That’s so even though using the 35mm film size as a standard photographic format is pretty random, as Zack Arias explains in this video.

Also, in case you were wondering, there’s really no connection between 35mm lenses and 35mm film. It’s just a coincidence.3

4 When Justin said this I imagined an experience similar to Being John Malkovich, except that instead of being “spit out into a ditch on the side of the New Jersey Turnpike” you’re left next to a mountain bike trail in the Rockies. Wearing a cowboy hat.