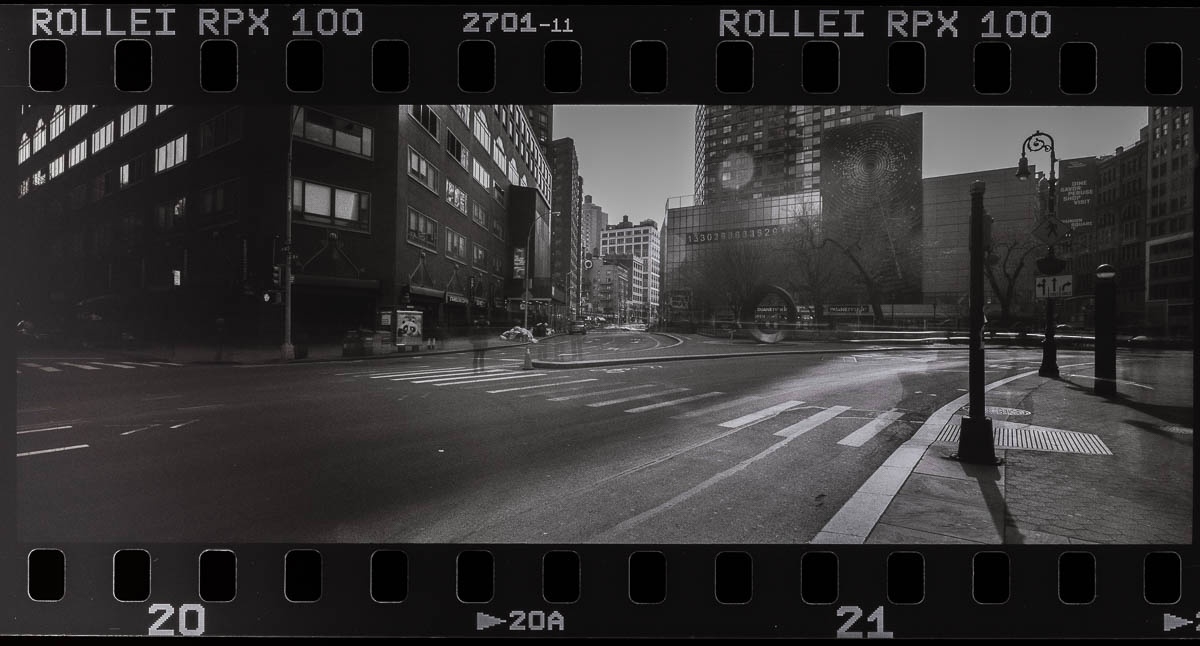 When I started photographing New York in earnest, I spent a lot of time shooting during early Sunday mornings. I ended up stumbling my way into a series I called “Forever the Empty City,” featuring city streets with no visible residents: No pedestrians, cyclists, or inhabited cars. It’s not too hard to do on early Sunday mornings, but can require a bit of patience waiting for a jogger, dog walker, or occasional passing vehicle to pass by. You can see some of the

I recently tried staring another series, using a panoramic film camera. I’m shooting black and white film, and trying to arrange the exposure such that the shutter is open for 10-20 seconds, which will cause some people and vehicles to disappear, but leave traces of others .

This is one of the better results from my first roll attempting to create the effect. This is Union Square at around 15th Street, looking south from the east side of the park.

Looking Back – East Side Sunrise From Central Park Castle