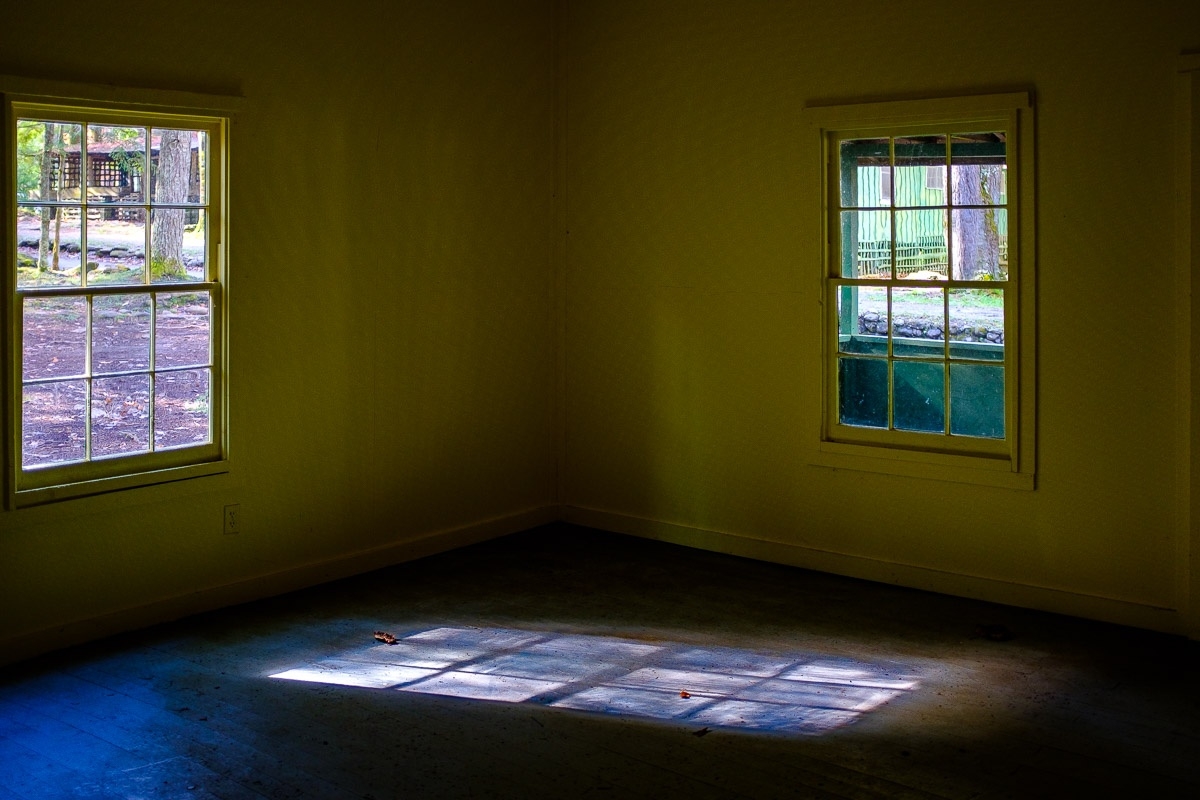 The history of Elkmont, Tennessee is surprisingly involved. The short version is it went through multiple stages, including both a summer resort area built by a timber company, as well as a more public resort, visited by residents of Knoxville on special non-stop weekender train service.  Some of the houses in this area, known as Daisy Town, date to the 1830s, but most are from the 1930s through 1980s.   When the Park Service took over the entire area as part of the Great Smoky Mountain National Park, the owners of the summer cottages were granted leases. In 1992, however, the Park Service refused to enter into any additional extensions — which I kind of understand, but also consider a bit unfair and unfortunate.  Everything involves trade-offs I suppose. Some of them are being maintained and restored, others are in severe disrepair and slated for demolition.

I’m not certain, but I believe I took this while leaning through an busted  back door of one of the buildings.