You are here: Home / Animals / Some Kind of Bird 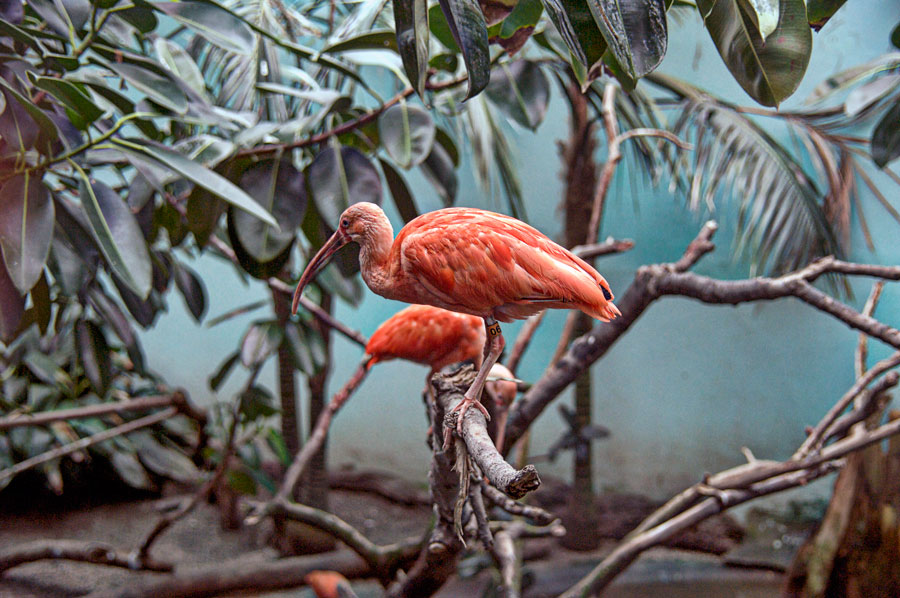 The problem with shooting photos of animals at the zoo, is that if you don’t take notes as you go along, you have no idea exactly what type of animal is in each shot. Keeping track of the animals in an exhibit such as the Aquatic Birds is particularly hard, as each window often has multiple species, so it takes a lot of attention just to figure out which species is which even while you are there. Doing all of this with children in tow is near impossible. I am tempted to call this some sort of flamingo, but I checked, and other photos of pink flamingos have a different beak. Despite the confusion and ignorance, I like the photo, and will have a few more spread out over the next week or so.