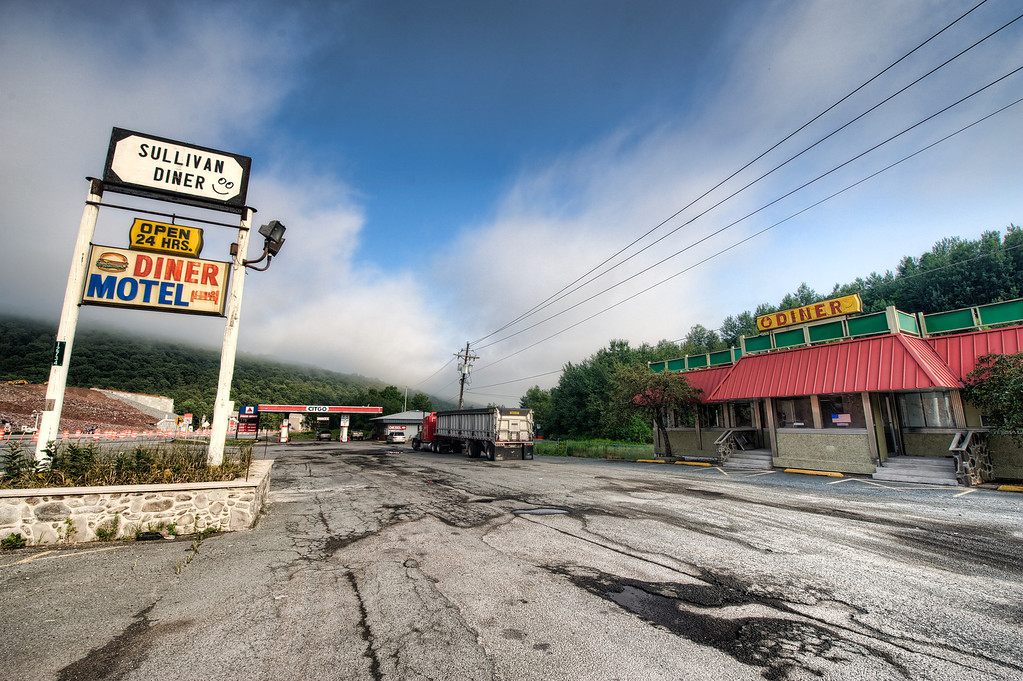 2020 UPDATE: I shared a better edit of a different but similar image in 2020 here. I much prefer this new version. Please take a look.

This diner is very close to the I-86 or 17 West Diner I posted about on Sunday, roughly just a couple of miles down the road.  This is the diner I think might have been open for part of the last 10-12 years during which I have been occasionally driving on Route 17, but I’m not certain.  As the sign says, there is a hotel affiliated with the diner.  It is behind the camera in this shot, out of sight.  I think it also is closed.  there were a couple of cars parked next to the hotel but I do not think it is open.  The gas station in the background is in business.  I bought a cup of coffee for the road.

I rarely am bothered by the distorting effects of the wide angle lens I use for many of my HDR shots.  This was a bit of an exception.  I tried correcting it in Photoshop but that created its own problems, so I left it uncorrected and leaning.  I know there are wide angle lenses that include the ability to correct for this effect when shooting but I do not own any.  As I said, usually it does not bother me.

Beyond that, the photo was processed in Photomatix and had its detail enhanced with Topaz Adjust.

But That Don’t Worry Me None, In My Eyes You’re Everything