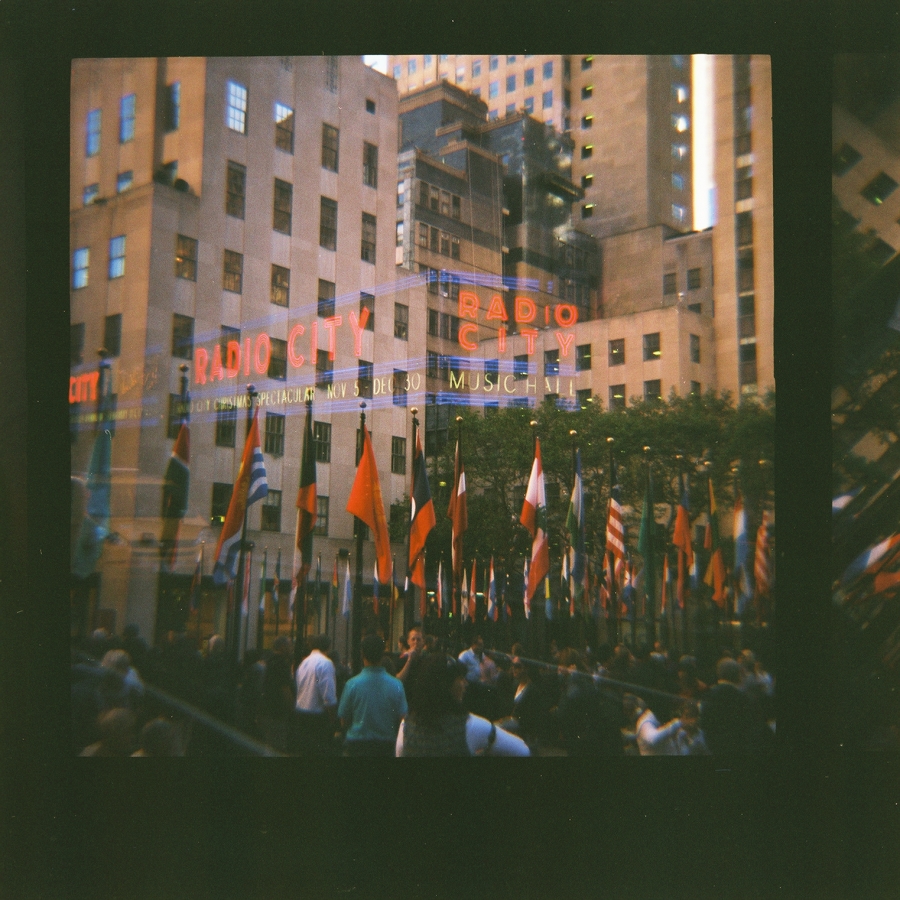 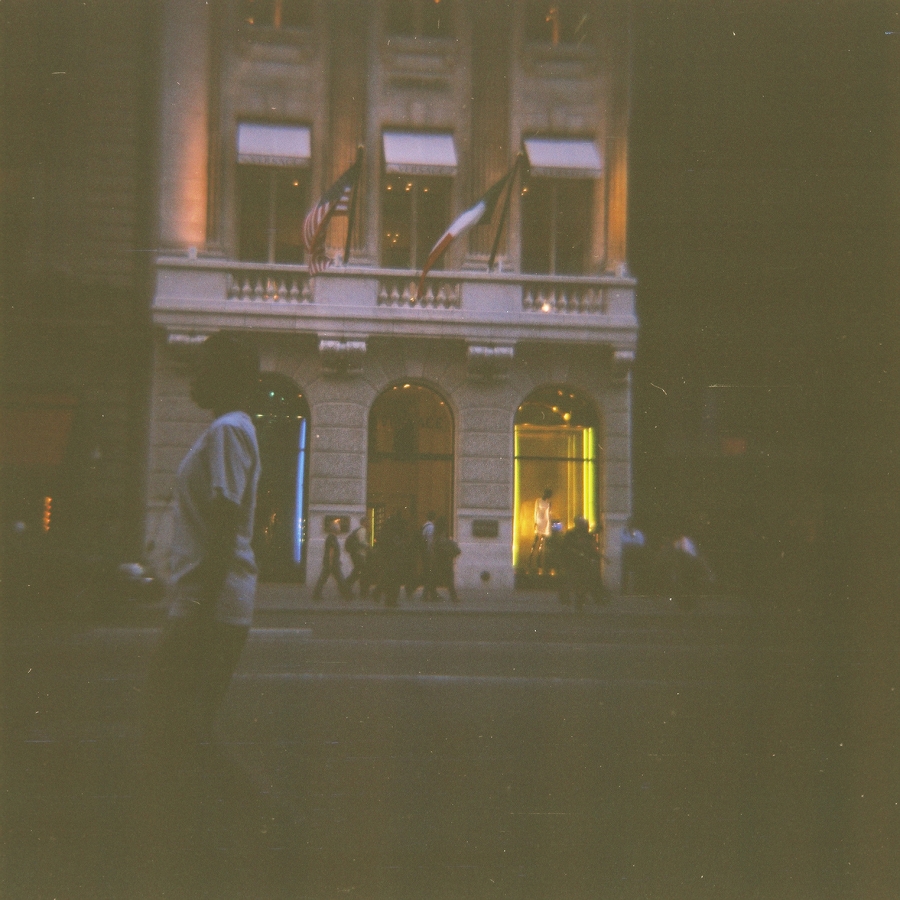 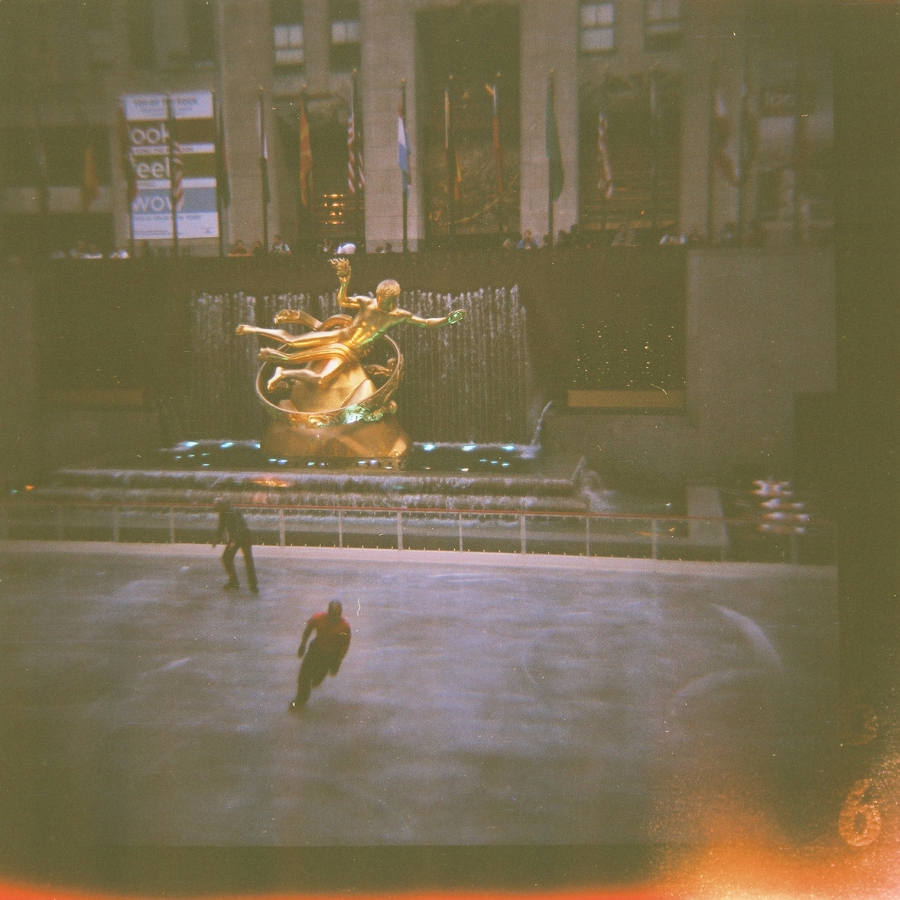 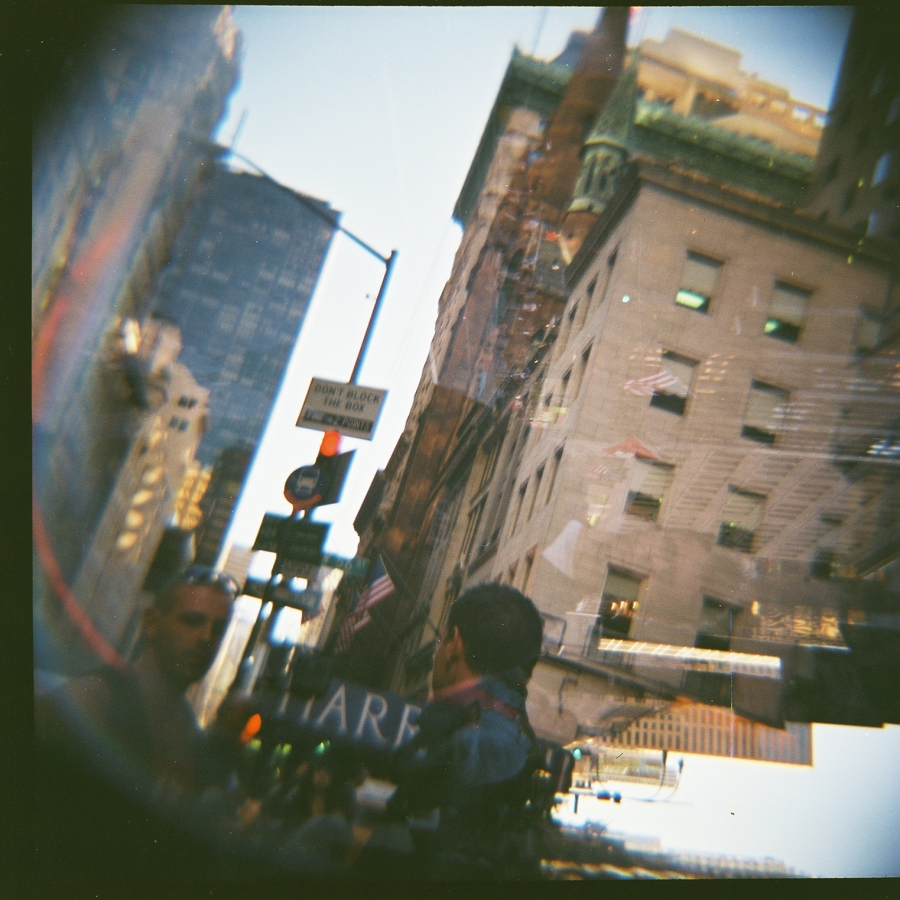 Last week I bought a Diana F+ camera from the Lomography store.  It’s a cheaply made (but not inexpensively priced) plastic camera that shoots 120 Medium Format Film.  I immediately shot 2 rolls as a test, and this is from that set.

So here are my initial thoughts.  The camera is surprisingly hard to use for what was originally a simple consumer camera with a just-take-pictures-of-your-life ethos.  Loading the film is tricky.  You have to manually focus based on an estimation of distance to your subject with 3 settings (basically close, medium, and infinity).  You have to set the exposure based on light conditions that you also estimate, and the ISO value of your film.  There is also a problem that the Diana is optimized for 400 ISO film, but the Lomography store does not apparently make 400 ISO medium format 120 film.  You can use 100 ISO, but it limits your options.  My test shots were done in late afternoon on a completely sunny day in midtown Manhattan.  The time of day and tall buildings meant I was in shade for most of the time, and you can see in two of the images that things are a bit underexposed.  If I was not in a spot of sun, or pointing the camera directly towards a sunny area, this was the result.

Some more gripes: not many places process 120 film, and it’s expensive.  Plus, as I mentioned, the camera also is not inexpensive – the unit I bought was $95 for a basic Diana f+ model plus a flash.  It runs $60 without the flash, and it is one of the least expensive cameras in the store.  Others run as much as a few hundred dollars for plastic cameras that are designed not to work well.

Gripes out of the way, I did have fun.  Getting no immediate feedback on the image you just took is both frustrating and tantalizing. Those of us who remember the film days  will be used to this, although almost a decade of shooting digital made me almost forget how it worked or felt.  It was also fun to wind the camera between each shot, making a noise that drew a lot of looks, especially from kids, who never heard a camera make that clicking noise before.  Plus, some of the difficulties are fun.  For example, you not only have to wind to a new spot of film for each shot manually, but nothing stops you, or even reminds you, if you haven’t wound since the last shot.  As a result, you can double expose both on purpose and accidentally.  On the flip side, if you are over cautious, you could skip an image with no exposure if you wind twice before shooting.  Both of the double exposures above were accidental, and they are two of my favorites from this test run.  I quickly devised my system which is to wind to the next shot immediately after every exposure, but sometimes I still forgot.

Bottom line: I do recommend playing with this old school revival.  I don’t begrudge the lomography people the high prices, even though it seems to run counter to the whole idea.  This is very much a niche market, and they won’t stay in business, I expect, selling $5,  $10 or even $25 cameras, even if that is what they seem to be worth.  Also, I’m pleased with the processing results.  I chose to have both rolls processed and scanned on to a disk, without ordering any prints.  I will have to get some prints in the future, if only to re-create the fun of opening an envelope to see — for the first time — what is on the images inside.  The scans look good, and are a reasonably decent 1523 x 1523 size.  Some of the lomography cameras do shoot 35mm film (in fact you can buy a 35mm film back for the Diana F+) and I do not know what size they scan those to.  Plus, if you shoot the 35mm, you will have many more film  and developing choices, even though there are not nearly as many as there were just a few years ago.

Next up, I have to play with the flash, and also shoot some black and white.