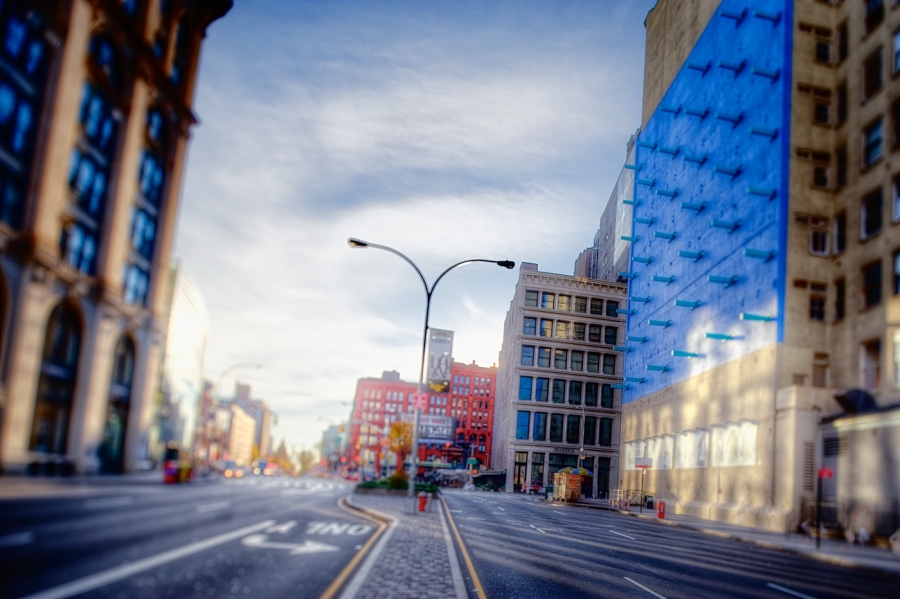 I’ll be curious to get people’s opinions on this one. When I took the shot, I had no idea that everything was leaning so far to the right.  It isn’t lens distortion. As you can see below, when the image is simply straightened, everything lines up vertically.  Nevertheless, I decided to keep the lean to the right, even though it was an inadvertent mistake.  Which do you prefer? In processing, I added a High Key filter at the end to enhance and emphasize the morning light. It ended up washing out a bit of the sky color on the horizon, but it works, I think.

The view is of Houston Street, looking east from a spot just west of Broadway. The structure to the right is a sculpture entitled “The Wall” at 599 Broadway.  It has been at this location, with one interruption, since 1973. I first saw it somewhere around 1978-80, and it has always been a personal favorite.  It somehow seems both incongruous and completely appropriate.  Called by some the Gateway to Soho, to me it evokes that neighborhood’s industrial past.

Finally, this image also displays why I love shooting Manhattan in the early morning so much.  It’s the windows.  In particular, it’s the reflections.  For example, you can see part of the Wall in the building across the street.  Also the light coming off one set of windows hits other buildings and creates a speckled effect. 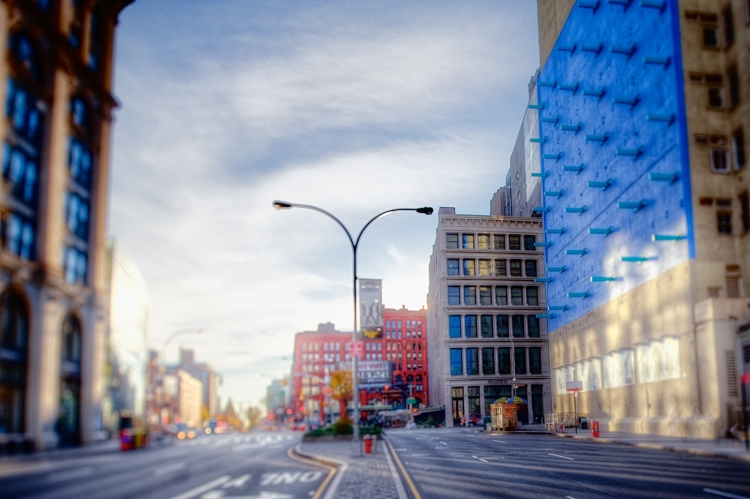