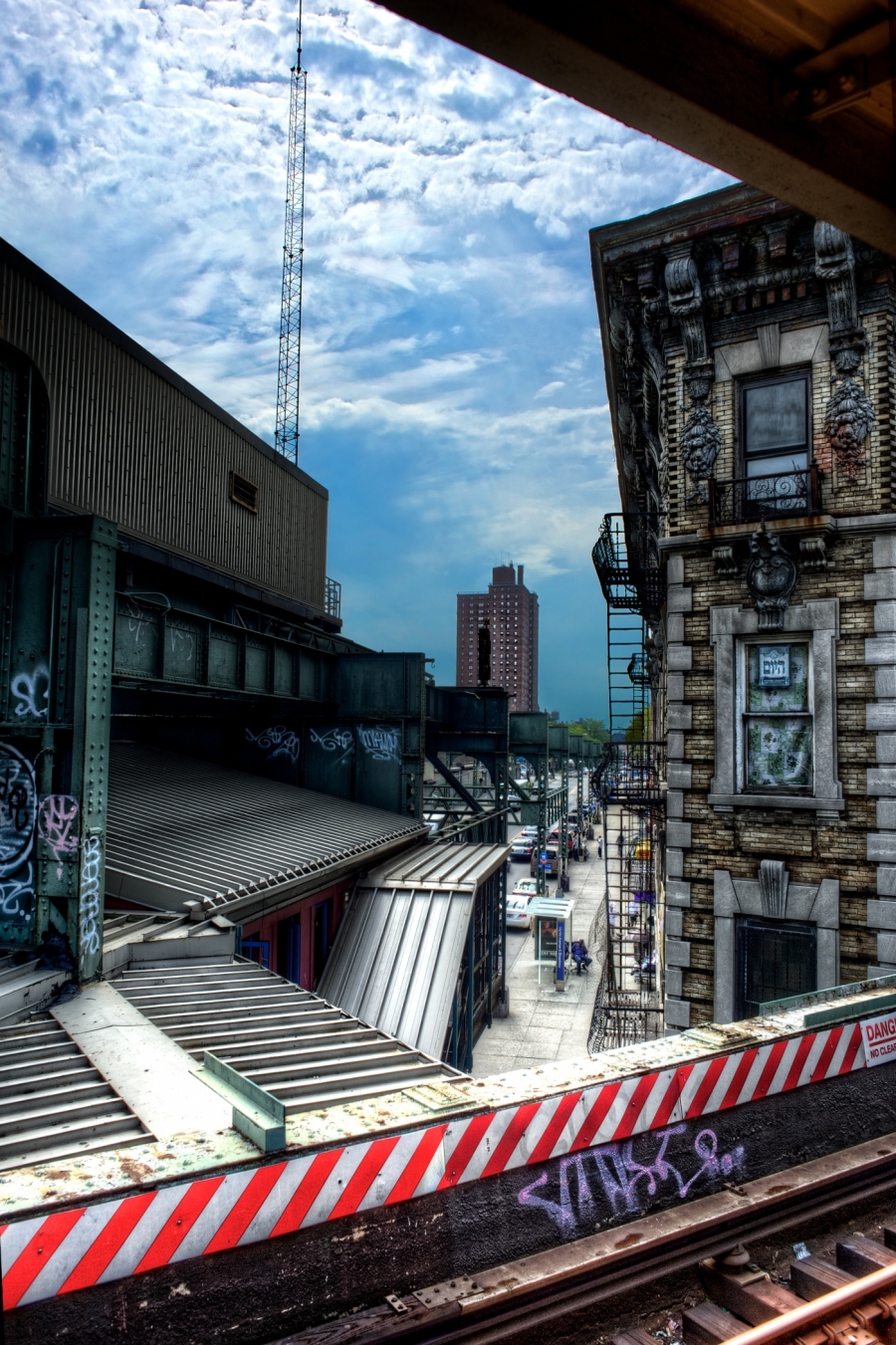 UPDATE: After doing some additional research, I discovered that the mystery supports are the remnants of an Upper Station Platform that is no longer used, and an extended Myrtle Avenue Elevated line that no longer exists.

I’ve been riding the subway for more than 40 years, and I’ve never seen a station set up that remotely resembles the Myrtle-Broadway station on the M and J, and Z lines. This shot is looking roughly West along Myrtle. The elevated structure heading down the street presumably has a purpose, but I have no idea what it is. There are no tracks running down that way. The M line takes a major swing just beyond this station, curving rather sharply as it switches from running along Broadway to Myrtle. There is a similar structure running in the opposite direction that connects the station to where the M reconnects with Myrtle. I can guess what that is for, but the green supports running in this direction baffle me. But I’m taken with all of the intersecting lines and elements.

I took the shot handheld with a 24mm prime on my D700. Processing mixed in a couple of filters from the Nik Color Efex set, plus I think there is some Topaz Adjust in there. I also gave no thought at all as to the possible ghosting of cars or people down on the street until I was almost done, and was pleased to discover that — somehow — there isn’t any. I’m not sure how that happened.