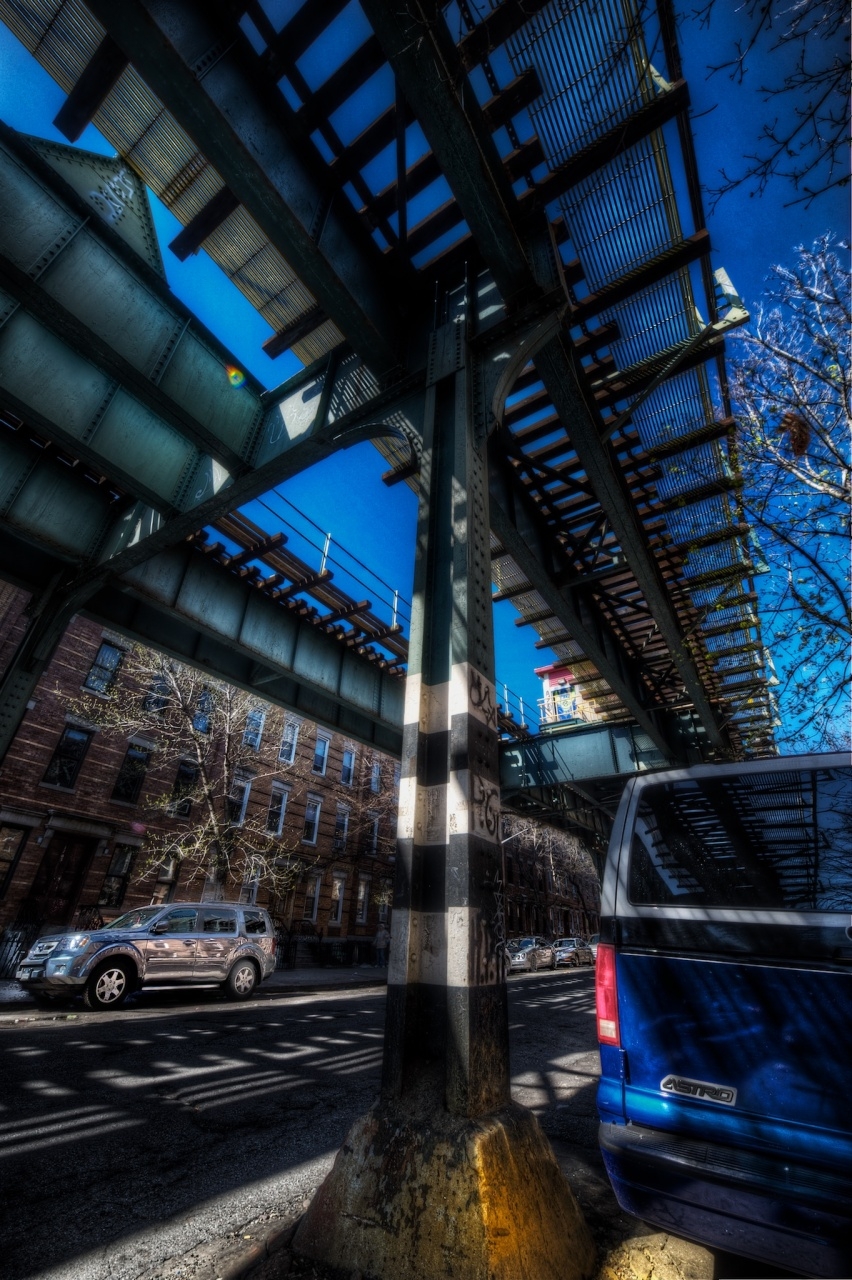 So I messed up a bit yesterday when I said that today I would post a better image of a wall shot from an angle, because I also promised to post all the images from my photowalk that day in order, and I did not realize that this one was next in line. The wall will come tomorrow. Now I’m worried I’m over-hyping the shot, which is good, and I believe better than yesterday’s, but not the best photo fo a wall ever.

This image of the elevated subway was taken on the same block as tomorrow’s image, which led to my confusion. The building you can see through the tracks is at the end of the platform for the Seneca Avenue Station.  After passing Seneca Avenue, the train line starts its turn off of Palmetto Street and on to its journey cutting through several blocks over back alleys. It is very unusual for an elevated to do so. Most run like this section does here, directly over a regular street. If anything, this section itself is slightly unusual, as most elevated run over wider, more prominent thoroughfares. Palmetto Street is a comparatively small, sleepy little street to host an elevated line. I thought it might help to post a map of my walk on Sunday. This is directly from Aperture, with the location of all shots noted with pins. Click on it to view it a bit larger. You can see that I started down by the Myrtle Avenue Station and followed the path of the train all the way up. This image is located where the Ridgewood notation is coming out of the pin.