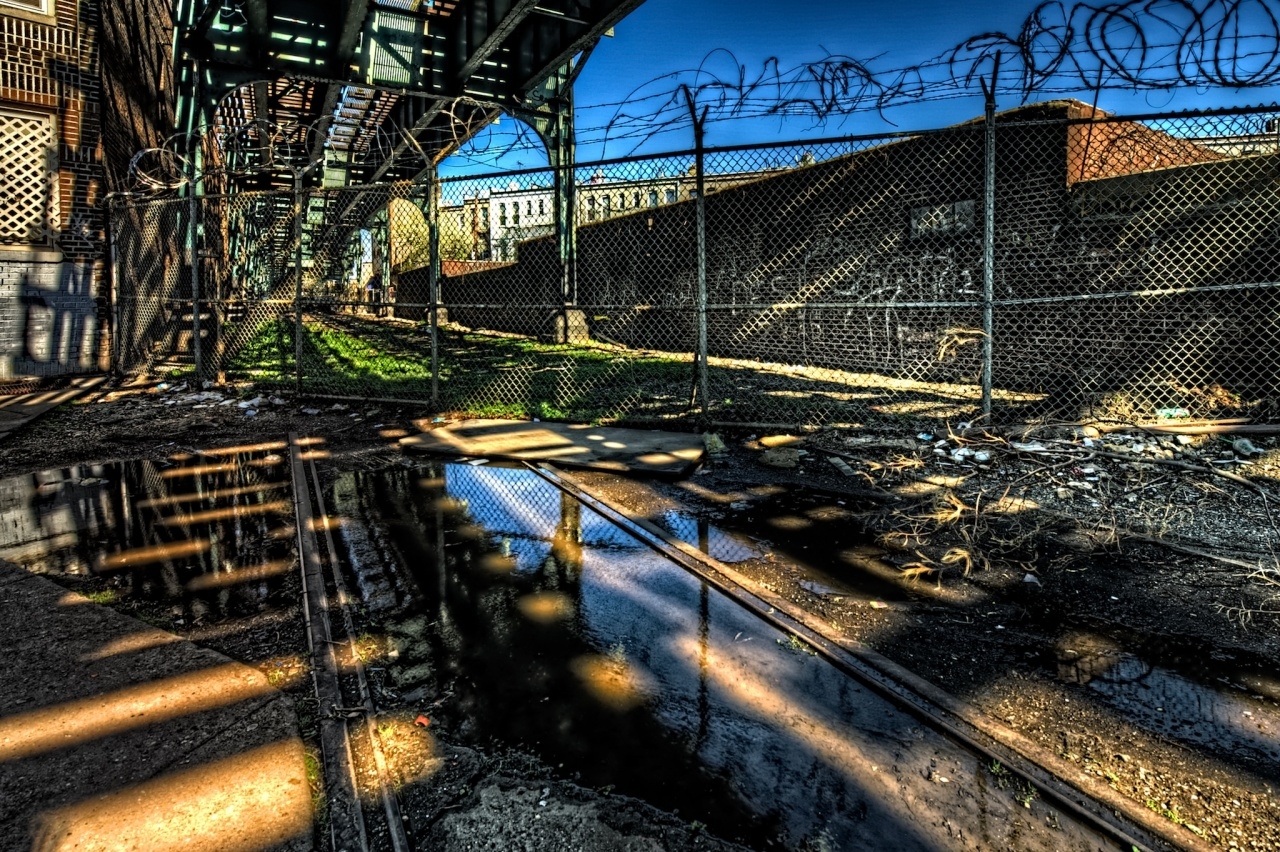 J.K. Rowling stole my pun. The photo does not really show it clearly, but the elevated subway train tracks and this alley cut on a sharp diagonal through a city block. If you look at the map on this post, this is the alley one block before the train passes over a park called Rosemary’s Playground. I lucked out with the weather that weekend. Not only was it a gorgeous afternoon with the sun high in the sky to create all the great shadows people are enjoying in these images, but it had rained tremendously the night before, leaving some fun puddles as well.

I have been discussing lens distortion and correction a lot in this series, as most shots were taken with a super wide angle lens. This is not an exception, but it did not get much correction, as the overwhelming series of posts, walls, and fences made it hard for me to get a consistently straight adjustment. In a comment to yesterday’s post. Ryan asked me if I have tried the lens correction in Lightroom. I have played with it a bit, but Lightroom is not my primary image management/editing software. For that I use Aperture. Each program has its strengths, and lens correction is an area where Lightrom outshines Aperture, although I have not used the Lightroom version much. In practice, however, I do not believe the Lightroom version is much different from the one in Photoshop CS5, which is what I have been using in this series, and as needed generally.