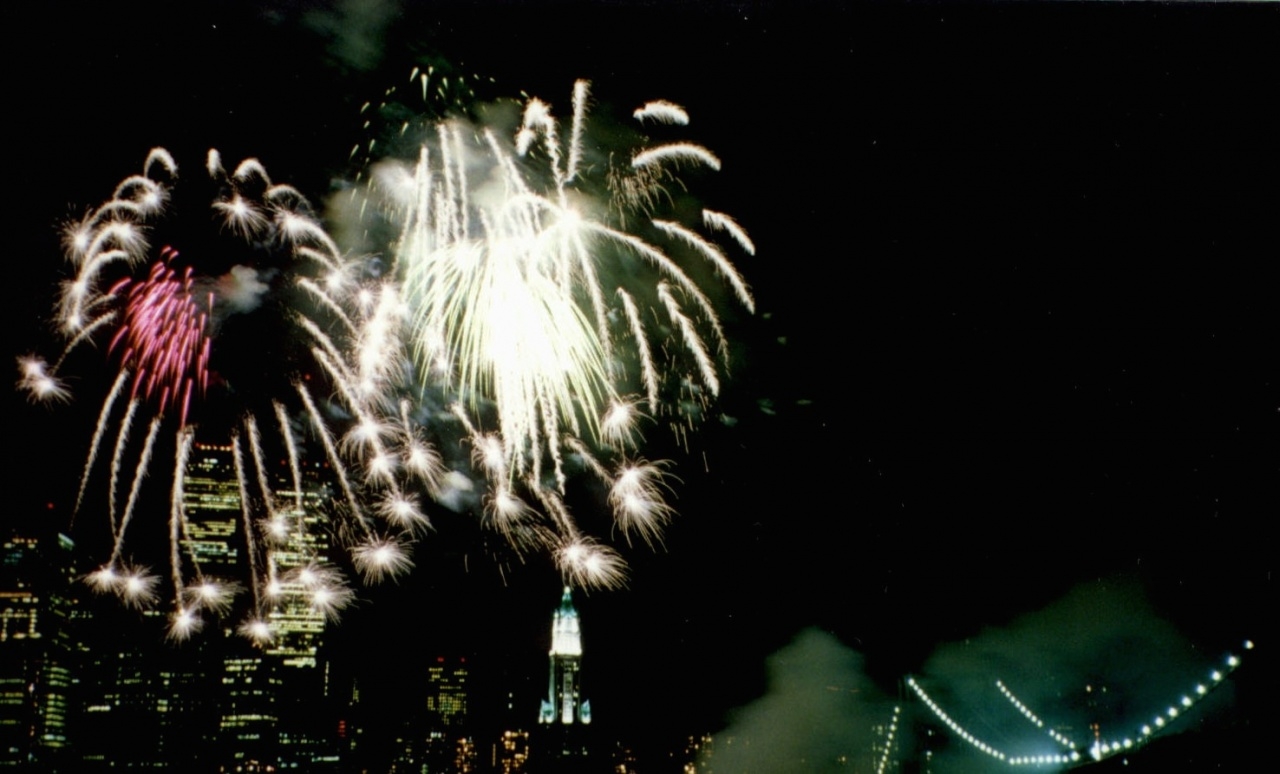 From 1992 (or maybe 1991) until April 1995 this was the view from my window in Brooklyn.  If I had some extra film in my camera I would keep it out, near the window.  I didn’t have a tripod but I would carefully rest the camera on the window ledge, click the shutter using the self-timer, and hope. Shots of fireworks were always tough, because I would have to click the shutter release before the burst, and because at 400 ISO, I could not freeze the action with a fast shutter speed.

The next two were taken the evening of February 26, 1993, after the first bombing of the World Trade Center. The light and dark streaks in the sky are helicopters and small aircraft. 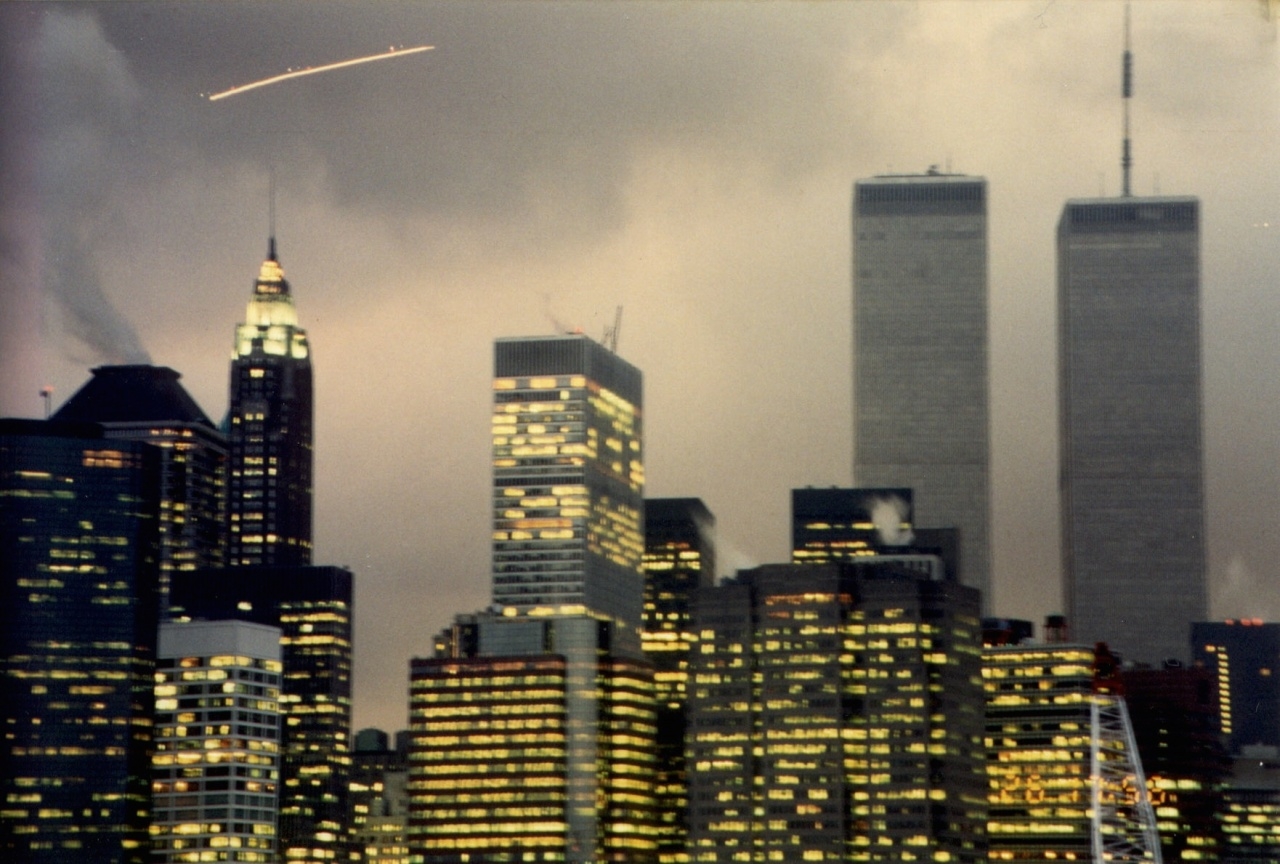 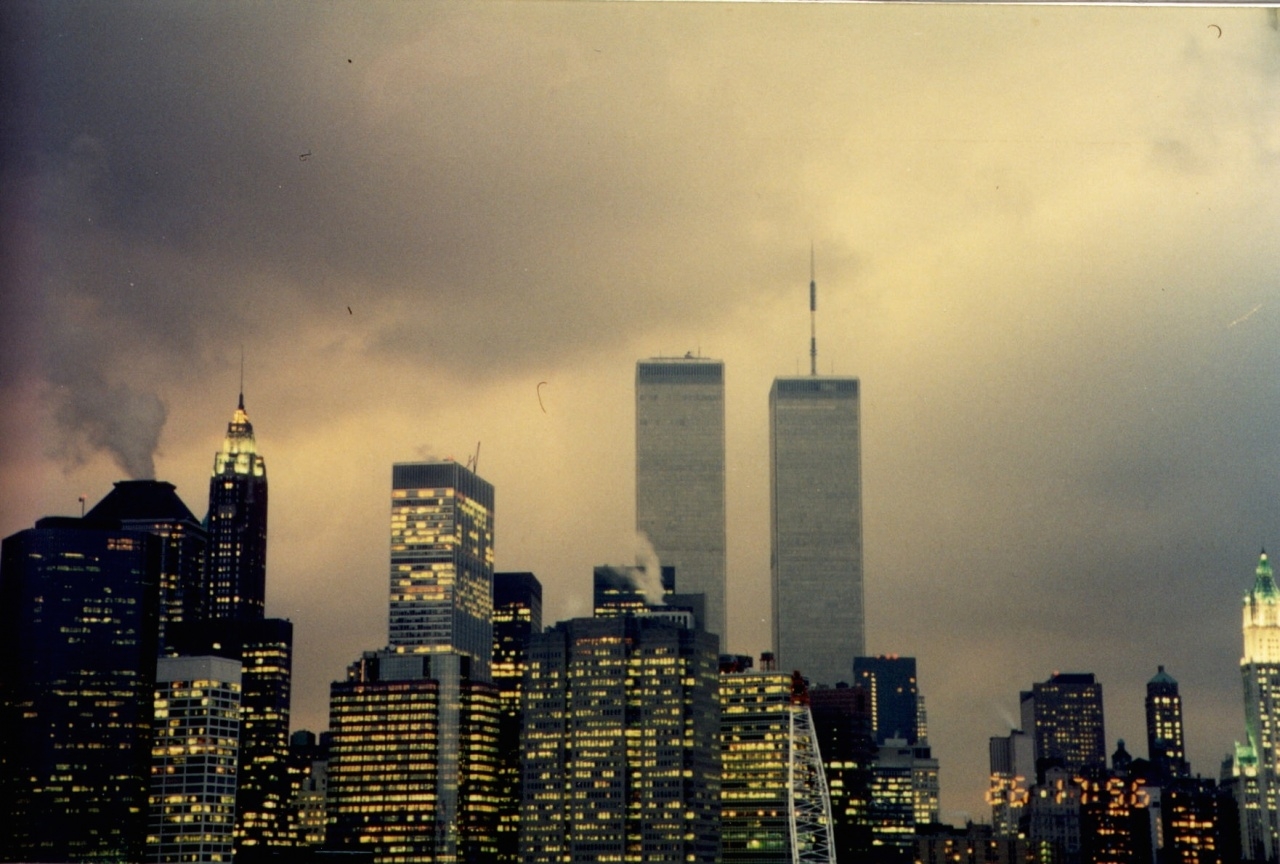 Sometimes I took some shots just because the sky was pretty. 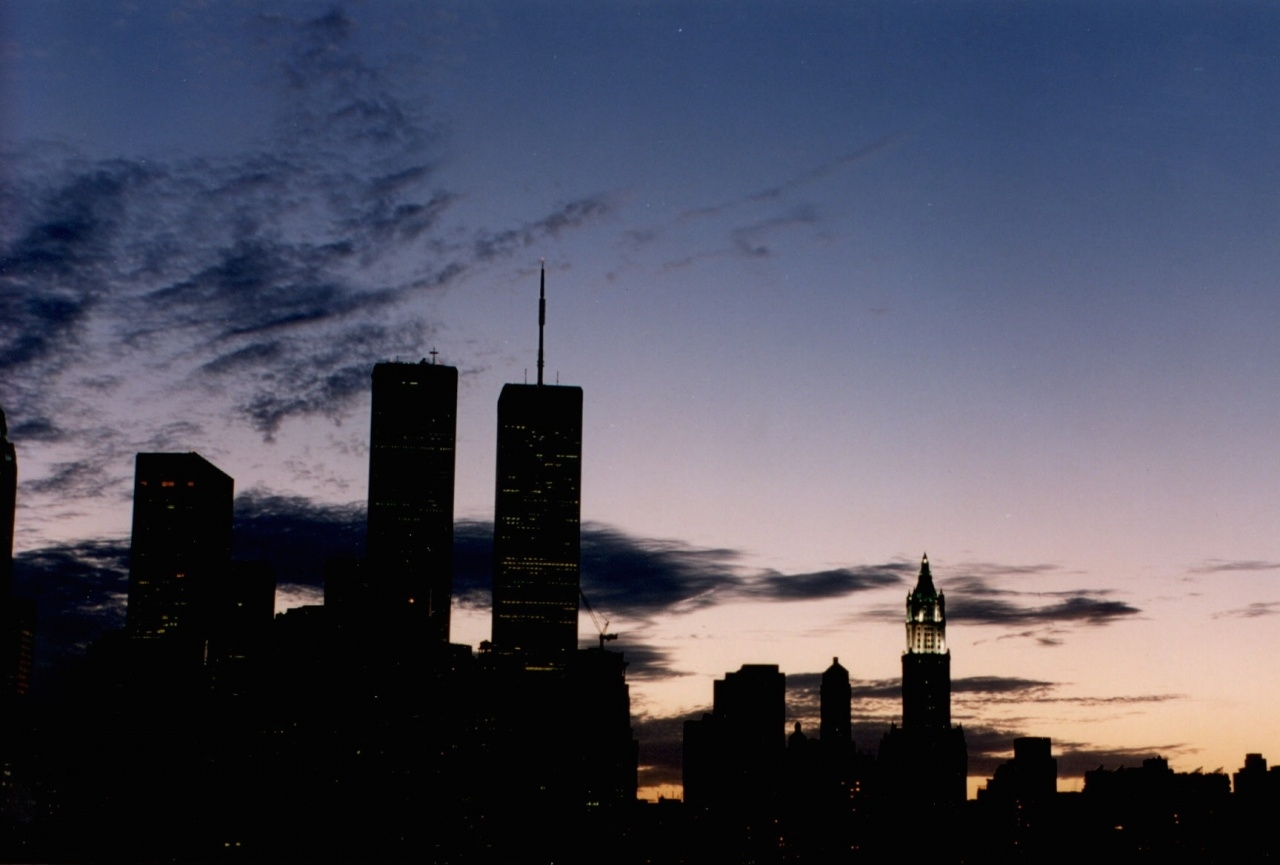 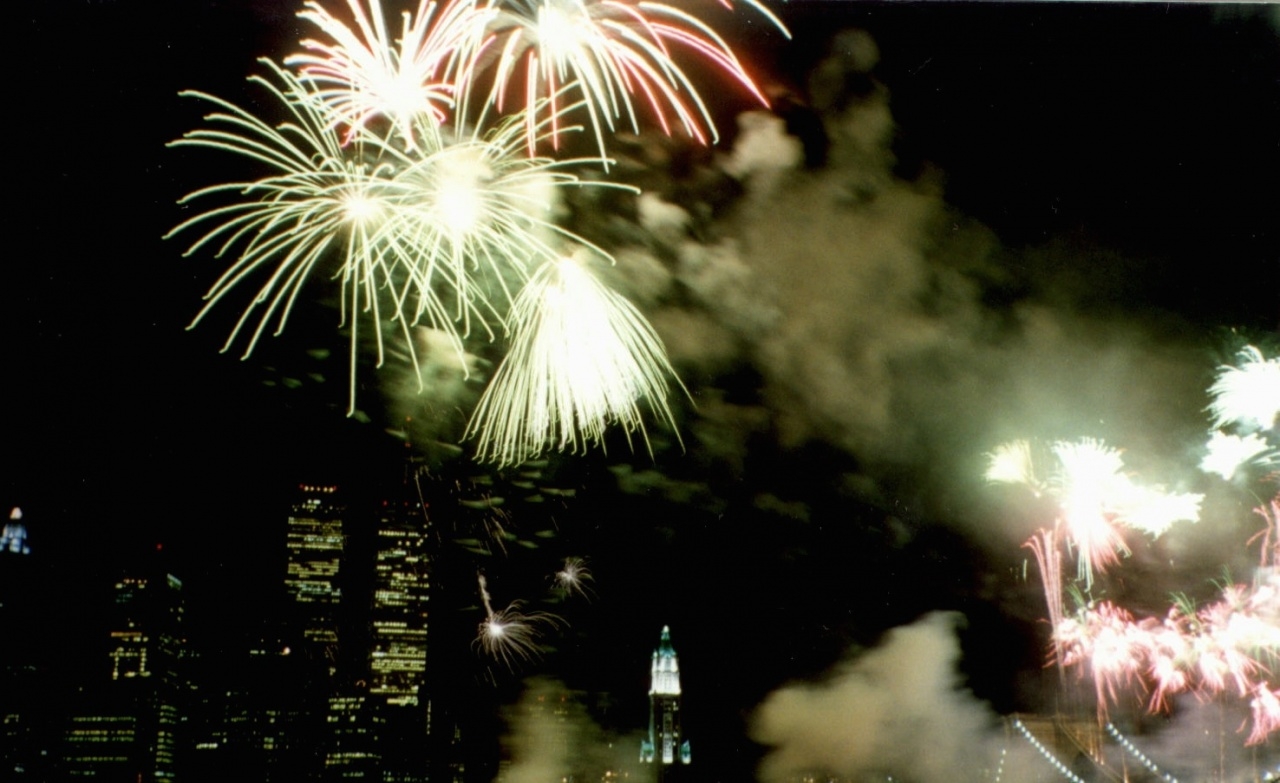