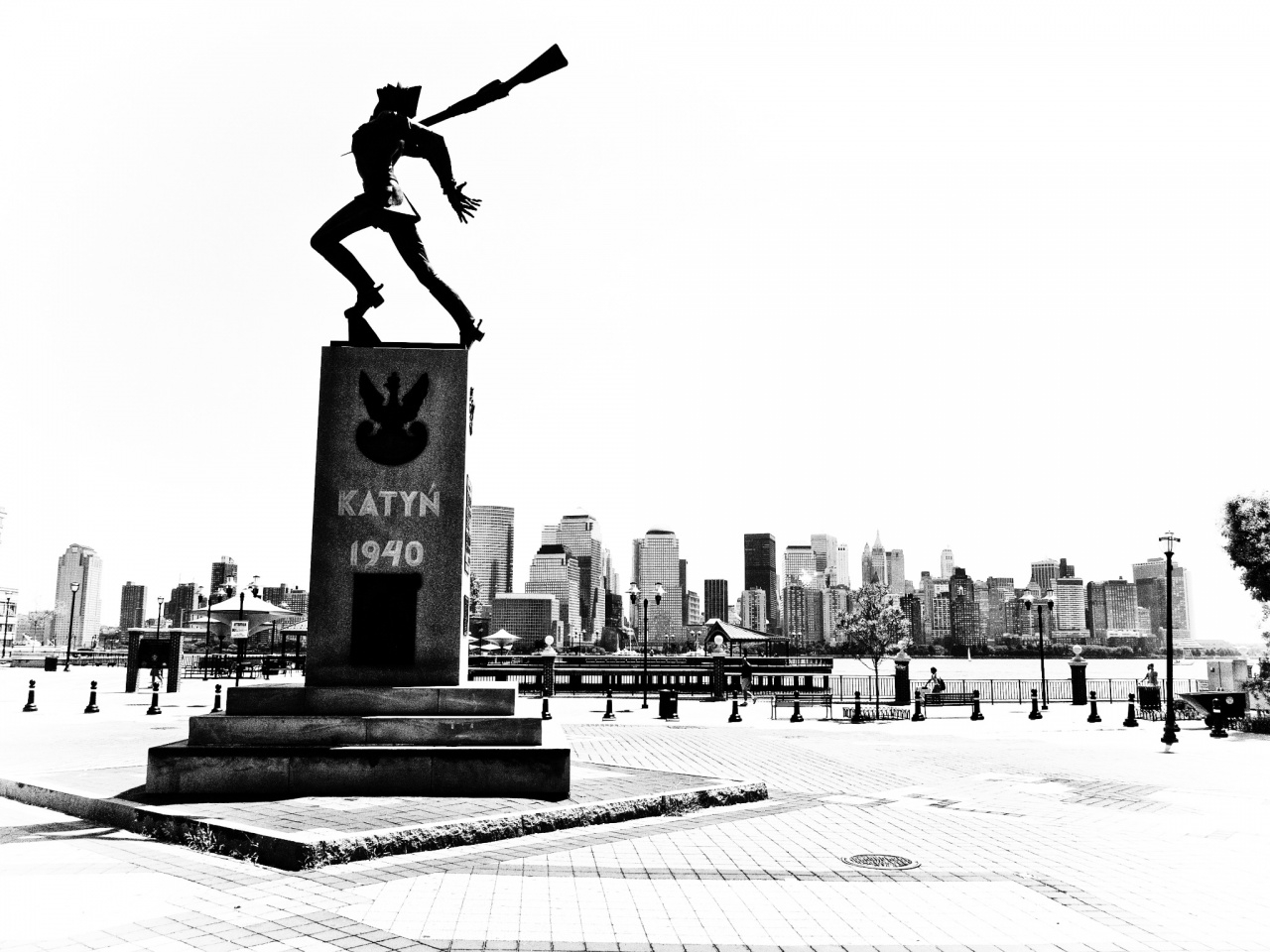 I planned to write that the Katyn massacre was the biggest non-Nazi war crime of WWII, but some brief reflection and research reminded me that, sadly, it is not even really close.*  Still, it was quite bad enough. In 1940, Russia murdered about 22,000 Poles in its section of occupied Poland. Many of the victims were captured military officers, but they also included a few thousand political leaders, police officers and assorted intellectuals. Most of the victims were methodically shot from behind in the back of the head. The largest group was murdered in the Katyn forest and the mass grave there was discovered by the Nazis in 1943.

That revelation caused no end of diplomatic embarrassment and difficulty for the Allies, who by then had accepted Russia into their ranks, but were afraid of losing the Polish support for the Allied effort, such as the Kosciuszko Squadron and the Polish contribution to breaking the German Enigma code.

This memorial dates to 1991, and sits on the New Jersey waterfront facing lower Manhattan.  After the September 11 attack, a 9/11 memorial plaque was added to one side of the statue’s base. I chose to use a stark silhouetted black and white treatment which I believe fits the subject.

* If you are interested, go to Wikipedia and search for Japanese war crimes, allied war crimes, etc. You might not agree with every classification, and certainly the issue of US and British war crimes is rather controversial here in the U.S., but no matter your political persuasion and judgment the list is terrible enough, and demonstrates that wars, although sometimes necessary, justified and unavoidable, are always horrific.

Endowed By Their Creator With Certain Unalienable Rights