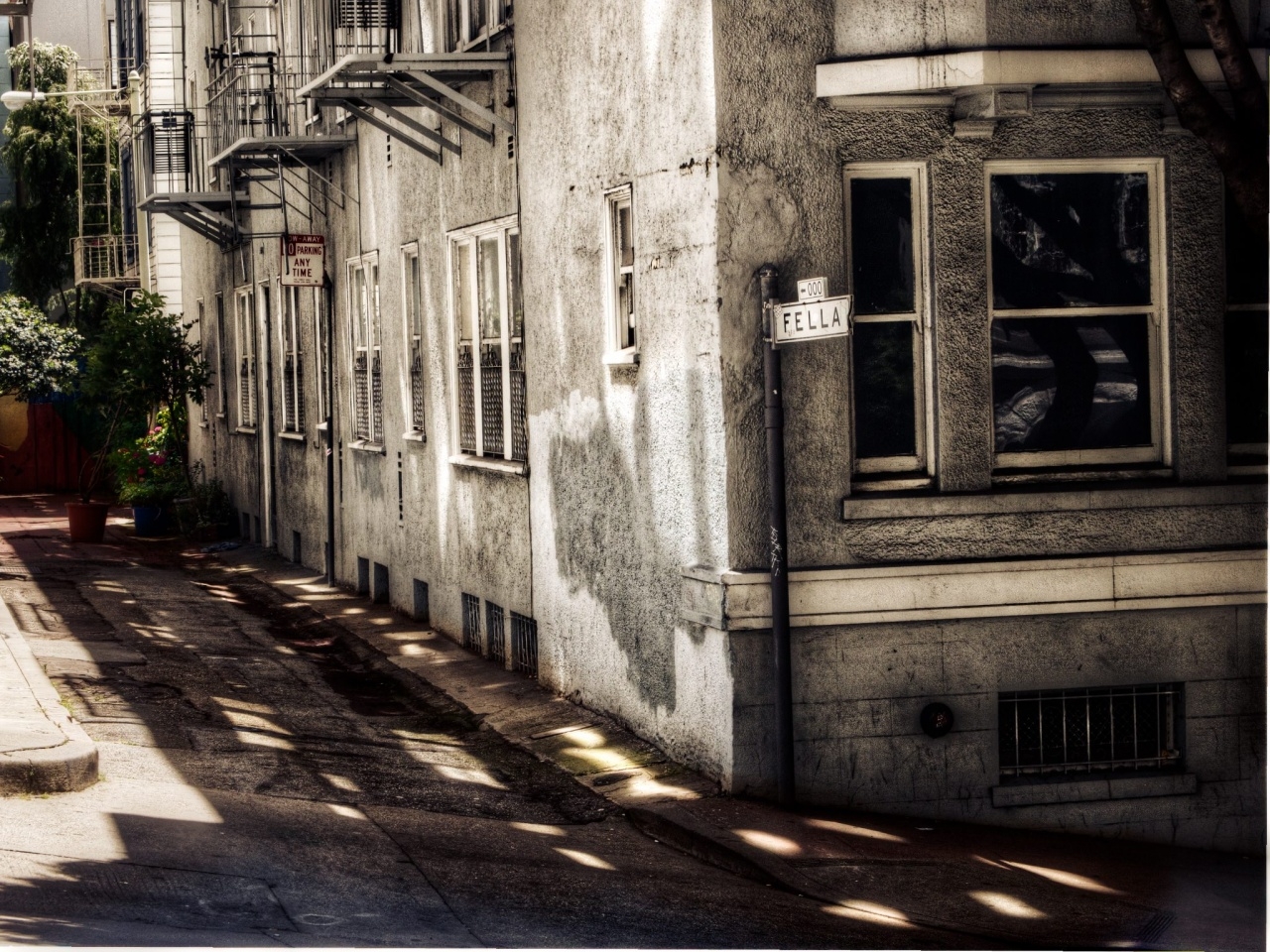 For the second time in a month, I flew across country for a court appearance that the court postponed at 2pm the day before.  So I had some time Friday morning to walk around San Francisco before flying home. While flying home and exploring instagram using in-flight internet, I discovered that Justin Balog of Light As Magic was also visiting San Francisco that day. Had we known earlier, we could have met that morning, but it was not to be.

I did not explore too far, because I ended up sleeping in and only had 60-90 minutes to use before heading to the airport. I ended up trying to re-create a shot I first took nearly 10 years ago on my first digital point and shoot, and grabbing a few other photos along the way. I spotted this, Fella Alley, while walking down Powell street (and I do mean walking down Powell Street – it’s rather steep here). One thing I love about walking around San Francisco is that it has lots of great alleys.* The other thing is that the geography and place names remind me of all the Dashiell Hammett I read, just like tooling around LA evokes Raymond Chandler.

* I do not know why the best source I could find about San Francisco alleys is from a site called Forgotten-NY, which is a great site about NY, but only if you are kind of obsessive about its subject matter.