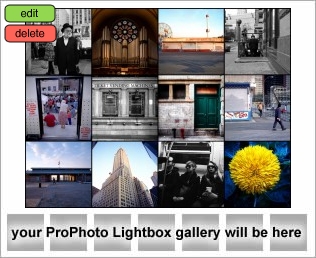 Regular visitors and readers will not be surprised to discover that this has been an uneven year for my photography hobby. Detailing the whys would come off as both needy and whiney, but I think it’s both fair to say and not too dramatic to explain that I’m not sure why I’m doing this. I enjoy the photography, yes, but it is hard sometimes to figure out why I go through the extra work of maintaining this site with regular posting. If this were a business I would have clear goals, and could easily develop a plan to achieve them. That does not mean I would succeed but the purpose and the path forward would be clearer. Without the goal (or accidental result) of earning cash, everything is less certain.

On top of that, I’m still experimenting all over the place. Trying new things is fine, but most people who succeed in building a business or even just a free appreciative audience do so through specialization. I’ve begun and abandoned several series, although the Grey Man seems to have legs, so to speak. And I tried more styles and techniques this year than any year previous.

Which is a long, self-indulgent introduction to this collection, which I am very glad to have created because it clarified some things for me. As I have done in the past, I chose my favorites, not necessarily the best according to some objective standard. Unlike previous years, however, I did not chose a single image for every month but simply picked the 12 favorites that I developed during my review process. What I ended up with intrigued me.  No abandoned site urbex. Not one. No long exposures. Very little HDR. Just one door shot and one from my old church in Yonkers, St. Mary’s. I could have included more of the latter but limits are limits. I started with a rough selection of 40 images, and easily reduced that to about 20. Each successive deletion got harder. From 15 down to 12 was excruciating and the last one cut was the hardest. 30 minutes later I had second thoughts but held firm.

What did make the cut? Six of the images — fully 50% — were shot with film and five of those are in color. That tells me something, and surprised me.  Setting aside the single Grey Man image, 5 of the remaining 11 contain people, even though I shot and published very little  street photography this year. Few of those shots featured close portraits, but rather captured the subjects from a distance, which is completely against the prevailing ethos of street photography these days. I played a lot with macros this year. One made the cut, and that selection also surprised me.

I think I have a clearer understanding of what I want to do, although I will have to see how it works in practice. So without further rambling, here are my 12 from 12, in random order as arranged by my collage software to create the image above.

This image of a man standing in Rockefeller Center has always struck me as my best example of  a reflective portrait. You will likely see in this man something that says more about you than it does about him. 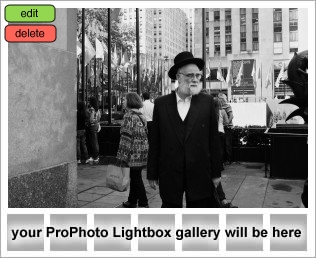 This is the first image I processed and displayed from the church, and it is still my favorite, although it had several challengers. I have always loved this view. There is another shot taken from the organ loft itself, that also features the pipes and captures the altar reflected in the mirror used by the organist to coordinate with the priest, but this one, which shows the church as I always saw it, holds my heart. 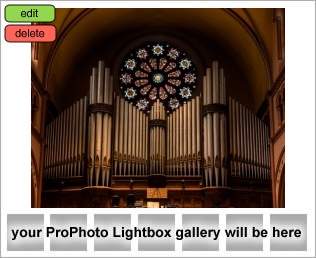 One of my motivations for shooting Coney Island back in January was that it was changing and I wanted to capture what was left of its old time charm. I have not been back since Sandy hit. Coney Island was not hit as hard as some beach areas, but that does not mean it was not affected. I know the storm was devastating for its residents. My words that accompanied this image in its original post wear well: “Some of our favorite photographs are of things that are gone, and people who are out of our lives, sometimes because of death, or maybe they just got older and the child they were in the photograph is but a memory. We cannot landmark and preserve everything, or even most things. Life is to be lived now and in the future.” Shot with Kodak Gold 400 film on a Contax G2. 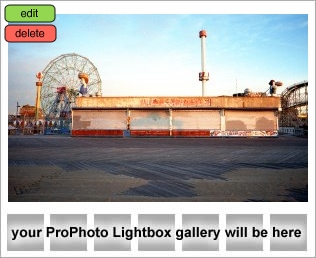 As much as I love the first Grey man image, as well as a few others, when it came time to choose for this set, this image of the Grey man heading down to the subway won out.  It’s something about the perfect framing and timing of the man, the stairs, the hat and the poster. 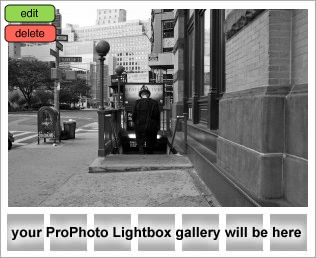 This is another shot taken on Kodak Gold 400 film with a Contax G2. I love the framing of the woman in the door, and am so happy that I had both the thought and the time to snap on the flash and use it to fill in the light indoors to balance the brightness outside. This is from an annual feast every July in Williamsburg Brooklyn, that carries on traditions that go back 1600 years. The feast mixes sacred and secular, with this image capturing a slice of the latter. 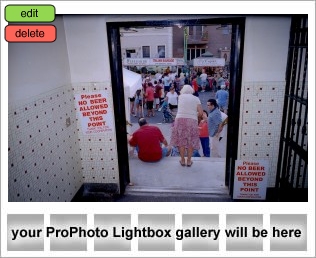 This is the sole black and white film entry for the collection. I shot an entire series in Grand Central early one Sunday Morning in January using Ilford HP5+ film and a Minolta CLE. This shows a closed bank of ticket windows. with a pointer to where you can get your ticket to ride. 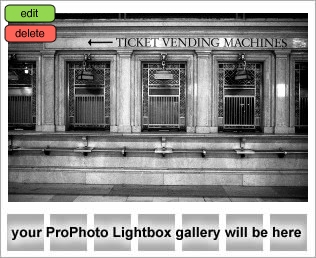 The only HDR to make the cut, other than the church image. It’s a simple image, but the color and composition resonate, more than any number of similar images I have taken and produced. This is from the Flatiron District in the lower West 20s between Sixth and Seventh Avenues.

Two of my favorite shots from Coney Island came about when I noticed someone moving, raised the camera to my eye and shot without time to think or compose. I was rewarded with ideal captures and framing both times. For this one my eye was drawn to the shirtless man, but was fortunate to capture the other man walking by in his sweatsuit – he seemed to be done with his run and heading home –  as he turned to look at the first man doing his warmups.  Taken on Fuji Superia 400 film on the Contax G2. 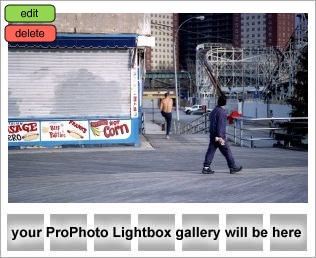 Here is the second image taken where I had no time to think or compose and it worked out ideally. I saw the jogger approaching as I was walking from the opposite direction. I took a half step to the side and turned to catch him as he passed on my left, catching him framed in the open passageway of the beach house. It’s a beautiful thing when everything just coincides. This is Kodak Gold Max 400 film on the Contax G2. This image shows part of the construction and rebuilding of the Coney Island boardwalk that was proceeding even before Sandy hit. My understanding is that the boardwalk suffered most of the damage during the storm and the entire walk is being rebuilt with concrete replacing the wooden boards. 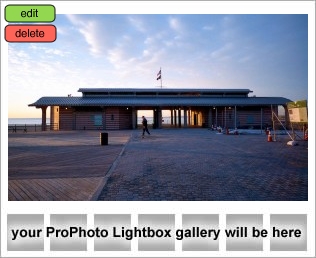 The same morning I shot the interior of Grand Central Terminal on black and white film I finished up a roll left over from Coney Island in the surrounding neighborhood. This is Fuji Superia 400 film on the Contax G2, capturing the Chrysler Building from 42nd Street. The corner statutes really seem to be flying off the building in this shot. 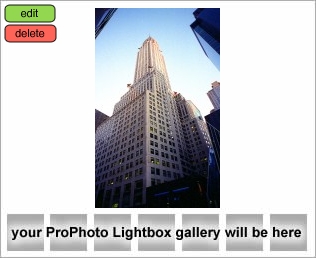 This is a black and white conversion of an iPhone 4 shot using the VSCO Film App dating from last April – a perfect combination of the subway stare and underground cool. 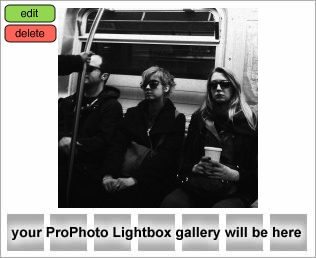 The final image in the set is a macro of a flower from the Mohonk Mountain House greenhouse. One of my few kit purchases this year was a dedicated 200mm macro lens that I used on several shots in my backyard and around my home, but this shot taken with the macro feature of my little Fuji x100 was the only one to break through to this list. I also had a lot of fun manipulating and  playing with color when developing my macro shots on the computer. I cannot identify this flower, but I love how this image retains the gorgeous yellows of its petals, while the surrounding leafage has become an almost unnatural, yet complementary, shade of blue/green. 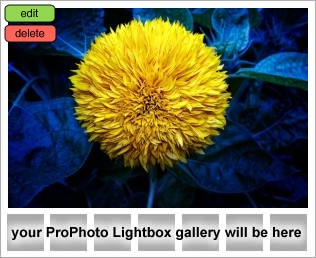