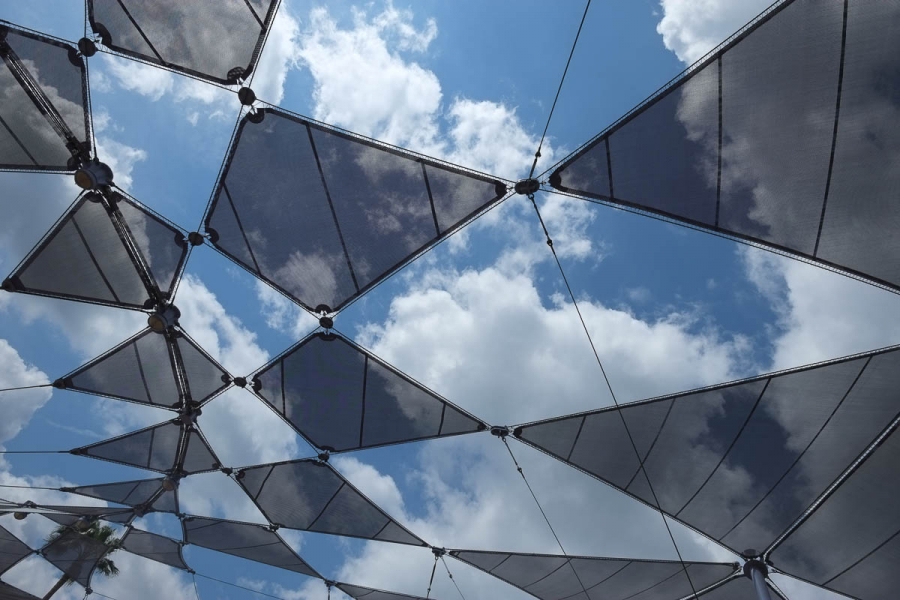 My plan is to work through my Disney/Orlando photos through a series of posts, with multiple shots grouped together, usually by location.

The Epcot theme park is divided into two major areas, Future World and the World Showcase. Future World is where the Golf Ball sits and also includes most of the rides in the park. Epcot gets a lot of mocking and criticism, some of it good natured, but the truth is it has some of the best rides in Disney World, including Soarin’, Test Track, and Mission Space. But for the most part the rides do not make the most interesting photos. Here is a collection of some of what I captured in the Future World section of Epcot, including one more showing  a part of Spaceship Earth, aka the Golf Ball, which is Epcot’s centerpiece and most famous landmark.  I probably have a few dozen pictures of the Golf Ball that I would want to show, but I’ll try to restrain myself. As with yesterday’s image, I believe that most or possibly all of these are JPGs straight out of the Fuji X-E1. 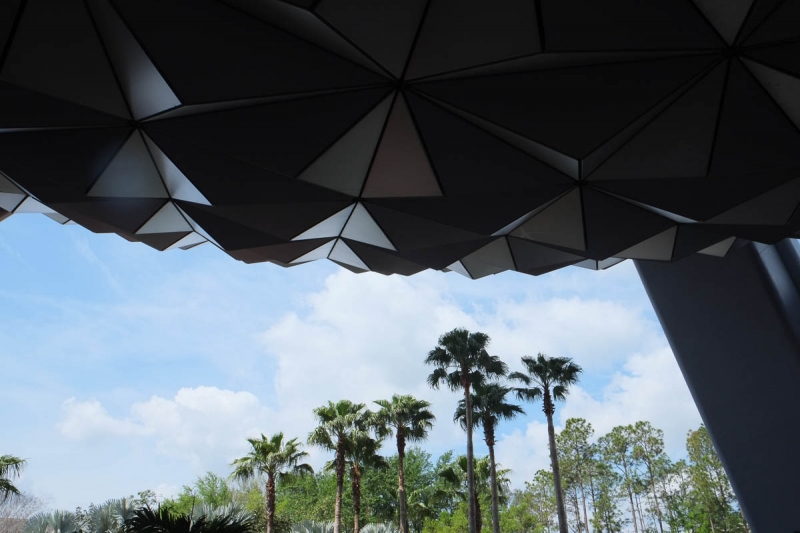 There is a ride inside the gold ball that focuses on the history of human knowledge and communication technologies. During part of the descent back down through the ball, you face up at this light pattern while backing away from it. I just held the camera on a slow shutter and let it capture some movement. 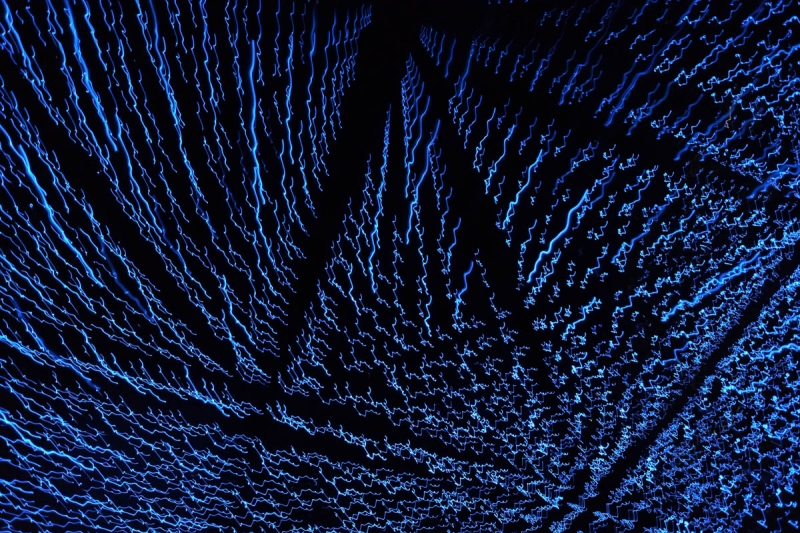 Topiary are prominently featured throughout the park: 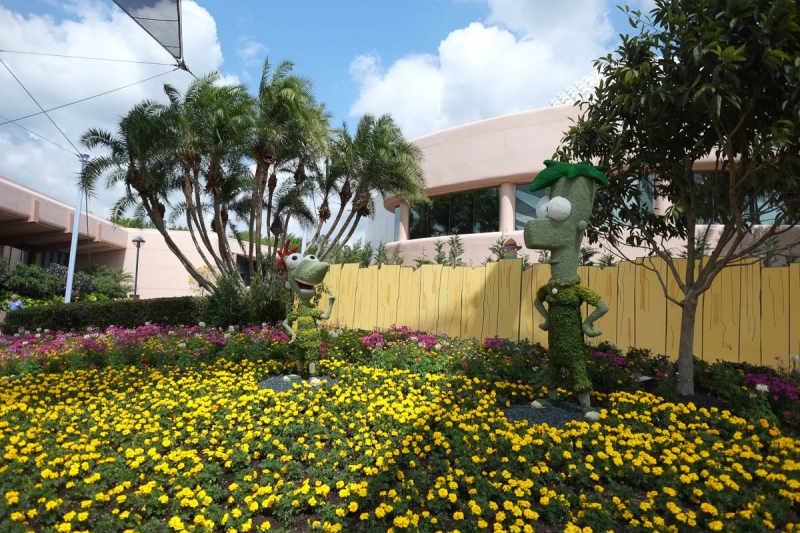 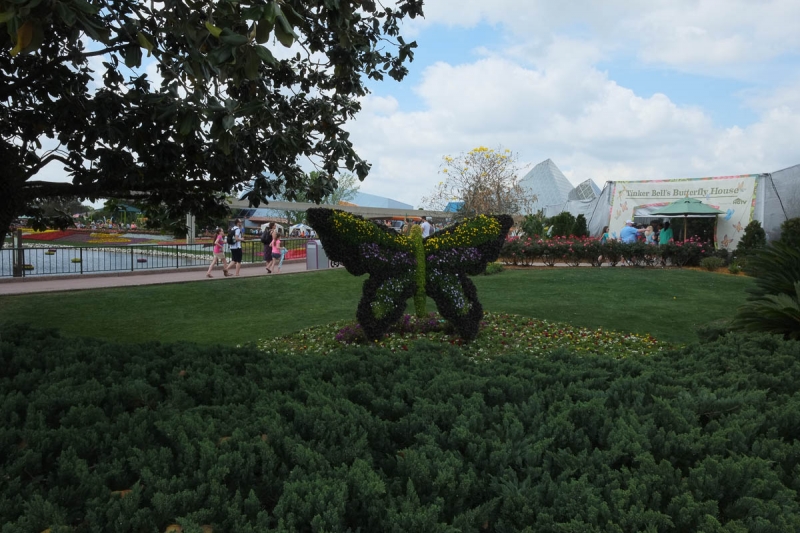 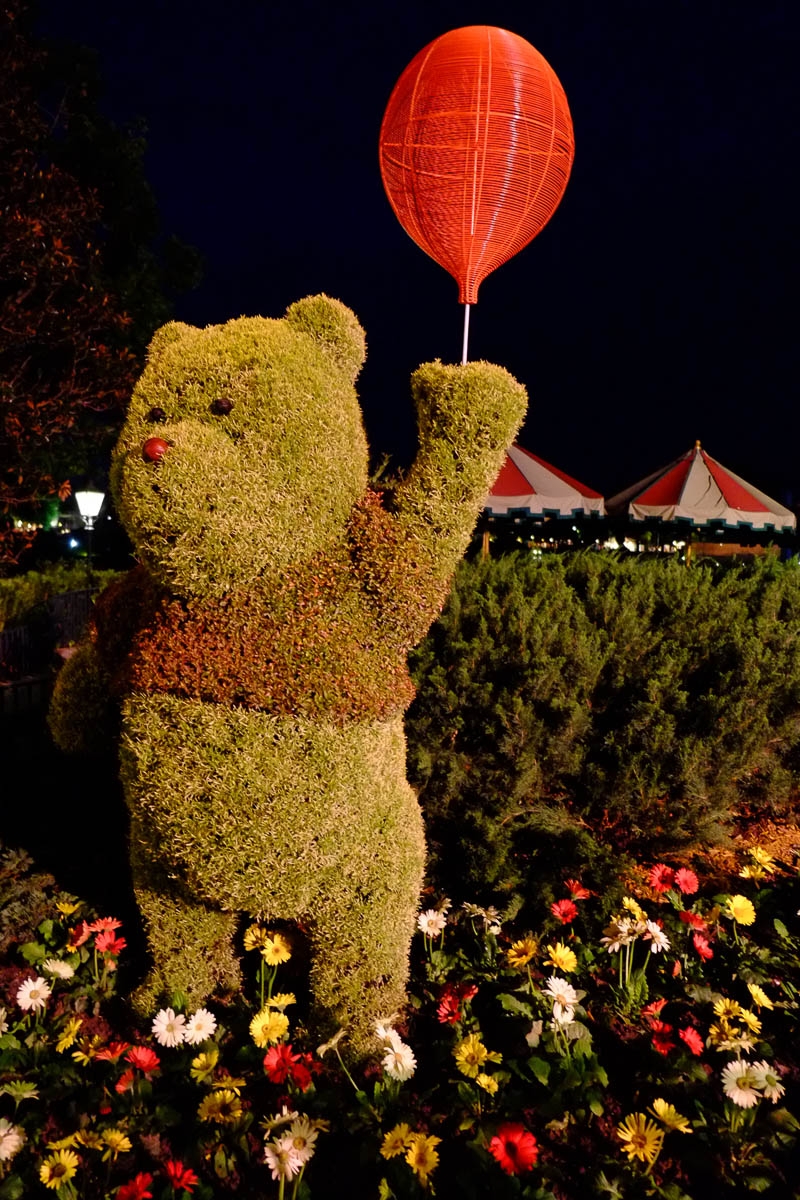 The indoor waiting area for the Test Track ride showcases a prototype car from GM: 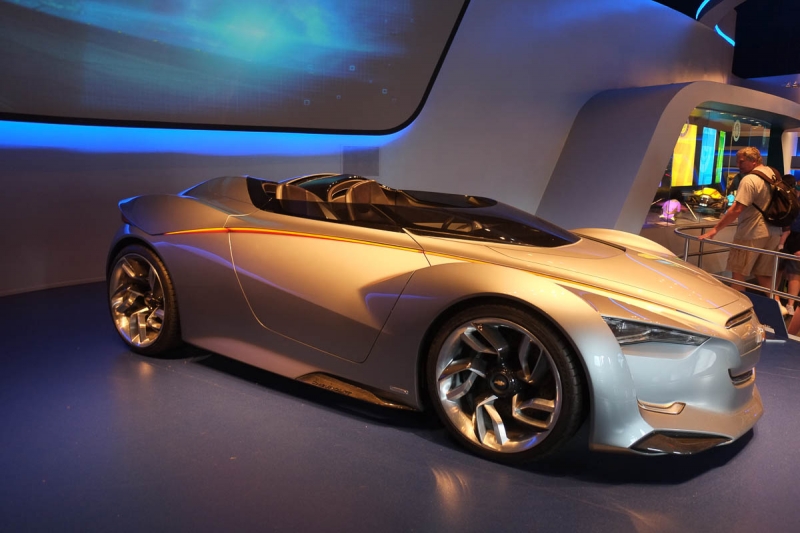 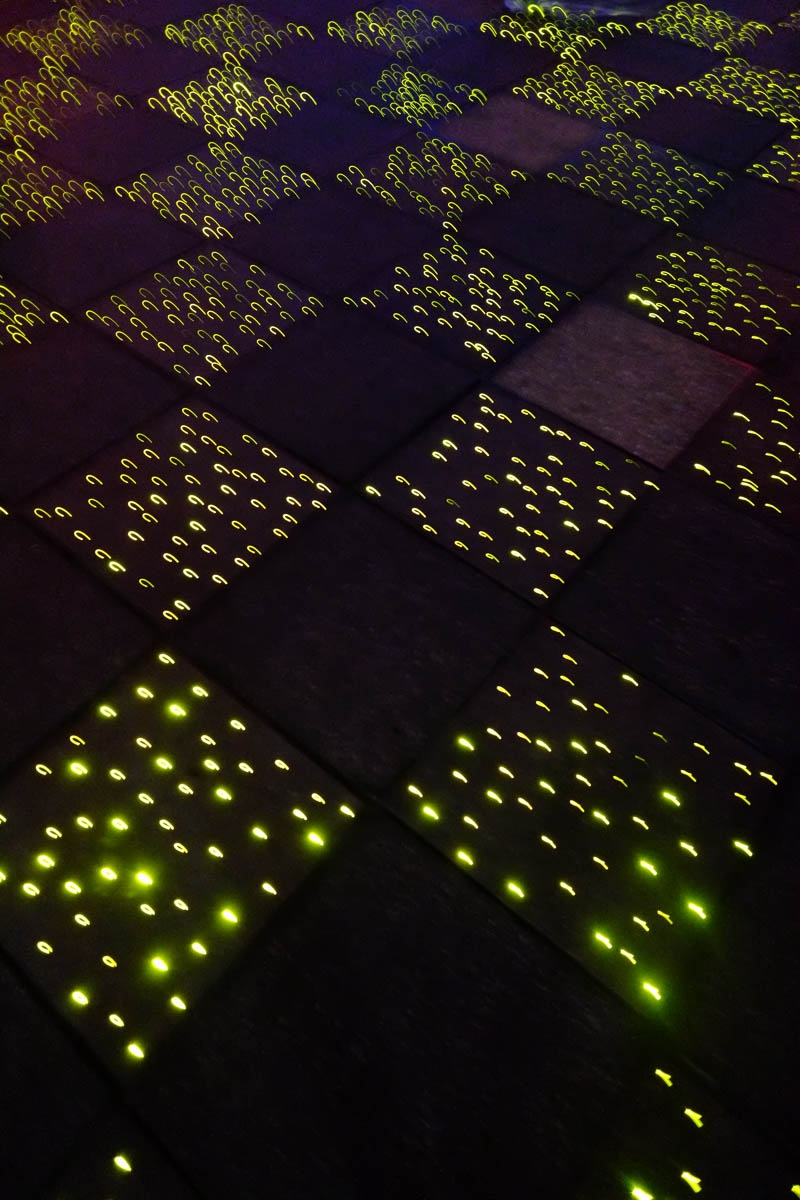