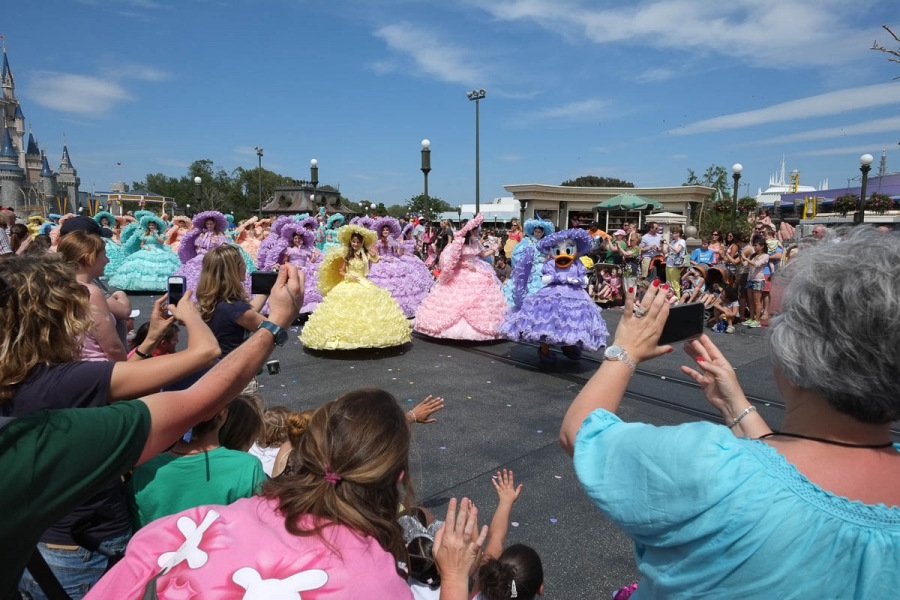 Positioning is extremely important to photography, and in this case I did not get where I needed to be. The folks in front of me were more dedicated, or — to be more accurate — more motivated. They knew some of the women in this group and had clearly lined up early to get their prime view. In contrast, I was not even there primarily to take photos; it was a family vacation with some photography mixed in where I could grab a few shots here or there.  I was only in this spot because the parade came between my family and me  after we temporarily split up to achieve separate tasks at the same time (OK, I’ll admit I wanted a special ice cream from a different vendor than everybody else wanted). 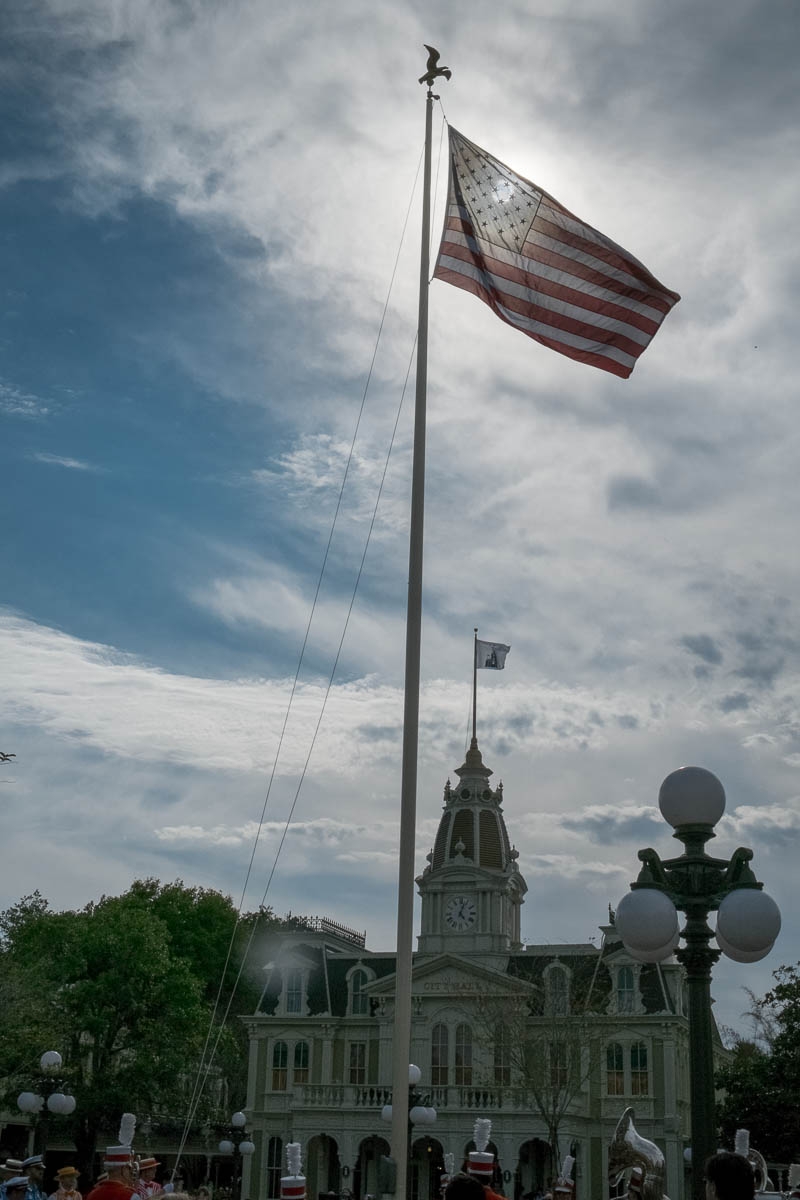 This was a tough shot to get right technically, especially on the fly. I stumbled across a flag changing ceremony on the City Hall/Town Square section of Main Street. By aligning the sun behind the flag I hoped to create a natural aura through or around the flag, but instead it appears that the sun is burning a hole in the stars and field of blue. The rest of the image suffers from something of a washed-out look as well, despite my efforts to correct it. Nevertheless I feel some compulsion to include it. 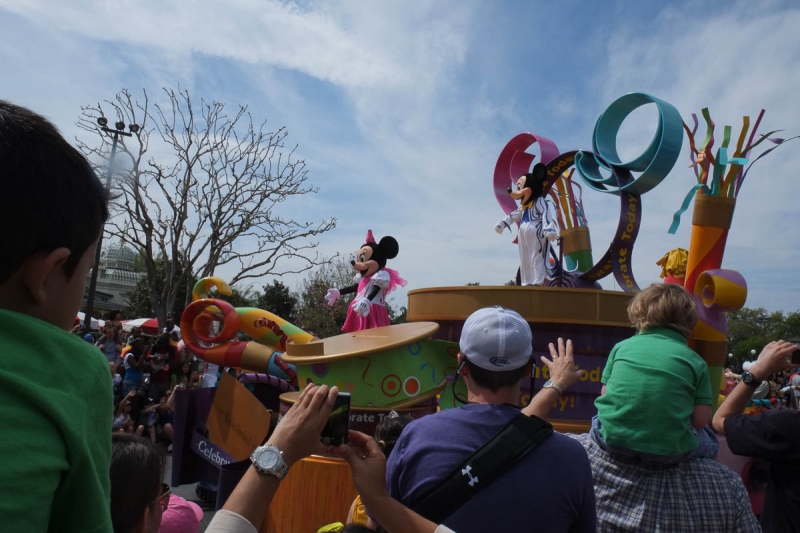 Mickey and Minnie. What else need be said?  This and the remaining parade shots showing Pinocchio and Snow White with Prince Charming, are from the parade after the one in the shot on top of the post, and this seemed to have less of an Easter theme. 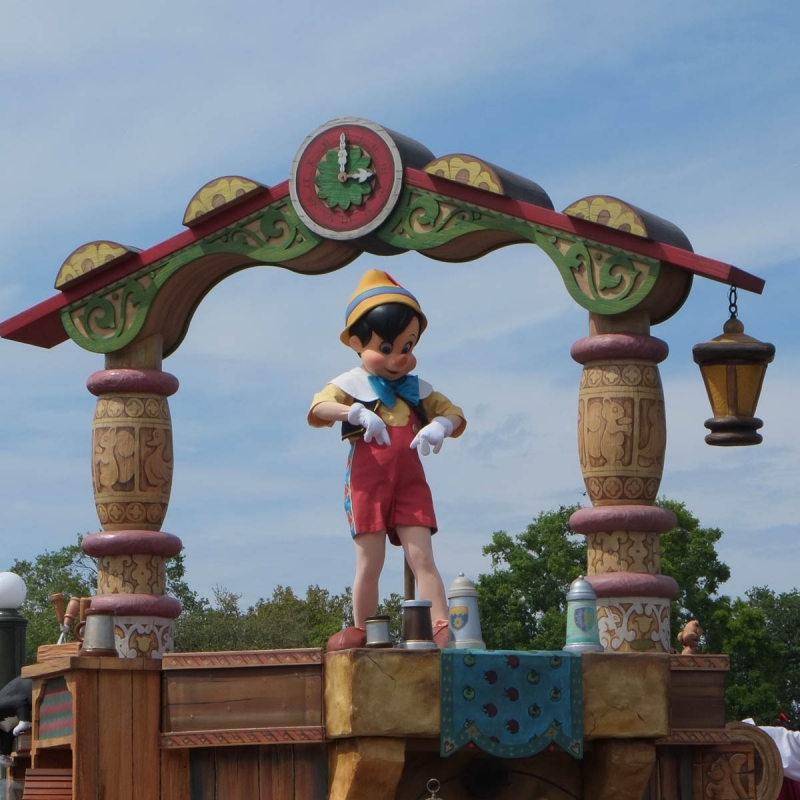 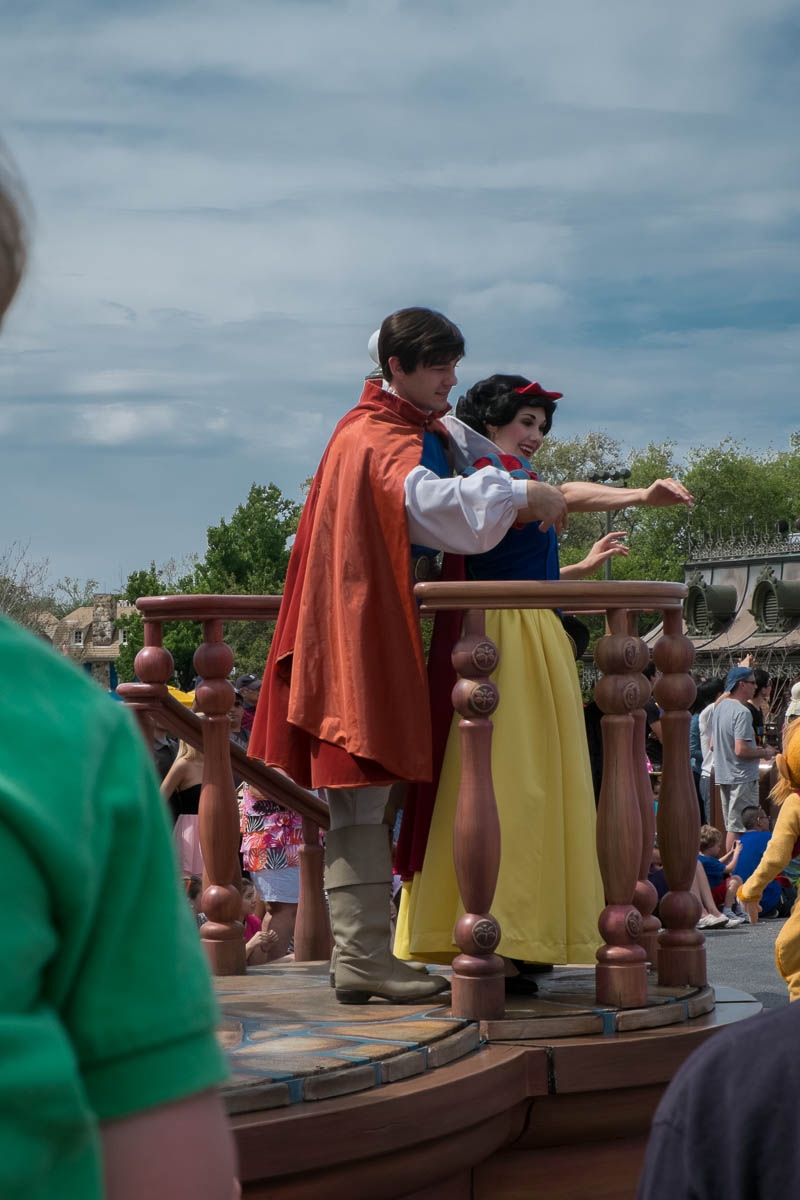 Finally, here is a slightly reworked version of the image that I presented yesterday. The only change is that I adjusted for some wide angle distortion. You can see the difference best if you look at the light poles. Even the revised version is not perfectly straight, but correcting the remaining distortion would require sacrificing too much of the foreground. As it is I’ve lost the photographer’s feet.  While he and his subjects are hardly to focal point of the image, if they are going to be in the picture I would prefer to have all or at least most of them visible and not cut off. 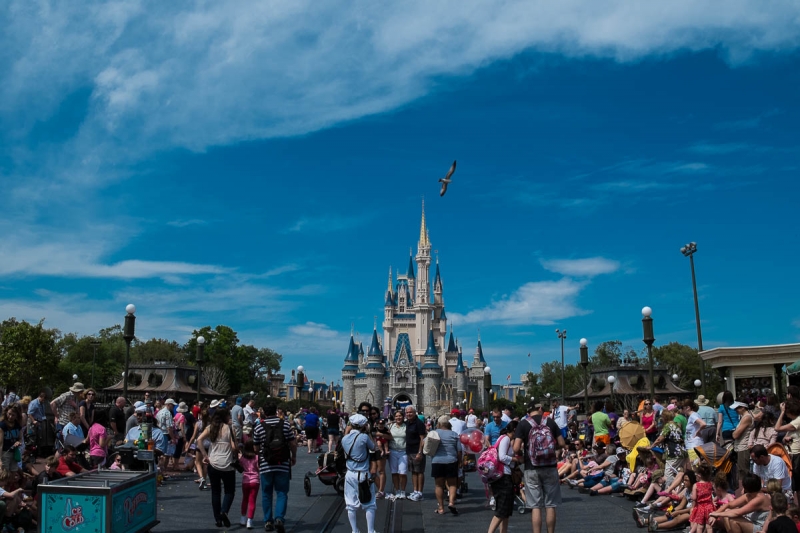 Night On The Strip