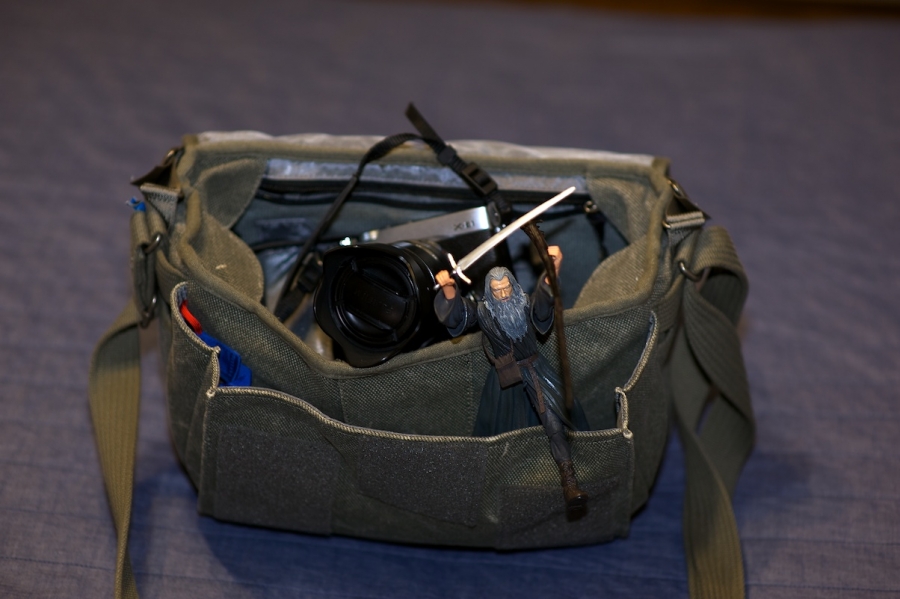 This image and entire post is simply self-indulgent, so I hope you will excuse it. I’m participating in an upcoming get together with several photographer friends, many of whom I have not previously met in person. Last week one of them, Chris Nitz, asked if I would have my Fuji gear on hand for the meetup (I will) and joked I better keep a close eye on it. He further teased that it would not be him I should worry about, but his toys. They’d want my gear and he couldn’t control them.

You see, Chris is, among other things, a photographer of toys. So  this weekend, I thought about how I could protect my gear from Chris’s group of ne’er-do-wells, and decided that nobody would do a better job than Gandalf. While I lacked the time, inclination and patience [some might also suggest the skillz] to match Chris’s toy photo creations, I was happy to grab this shot while I was organizing my gear this weekend.