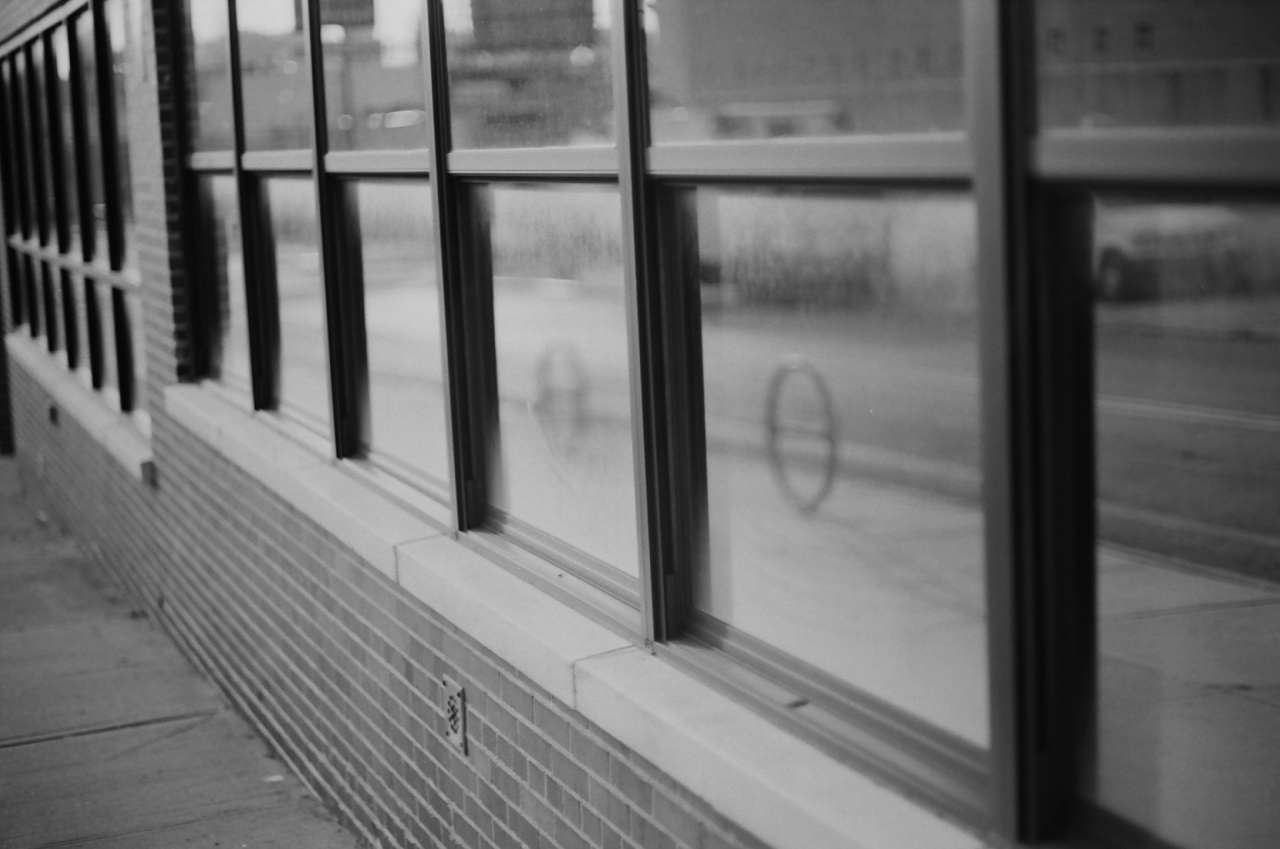 So far this week I have used the bicycle locking stands reflected in the window as a jumping off point to discuss issues of art,design, function, creativity, repetition and change.

Today we loop back to form and function.. Black and white film uses different chemicals and creates a different analog negative than does color film, and as such they are processed differently. Classic black and white film has chemicals that turn turn dark when exposed to light, along a simple binary color line of white on one end, black on the other, and infinite shades of grey in between.

None of which is relevant to digital photography, where the decision whether to render in color or black and white or color need not be made until long after the image is captured. The paradox of film is that limiting yourself in advance – with your choice of film, black and white or color, ISO rating, and even choosing different films that render colors differently or create varied amounts or types of grain – can cause you to see the world in certain ways inspired by how you expect the film currently in your camera will react to the conditions in front of you.

Horses for courses.
Tools for telos.
Form for function.