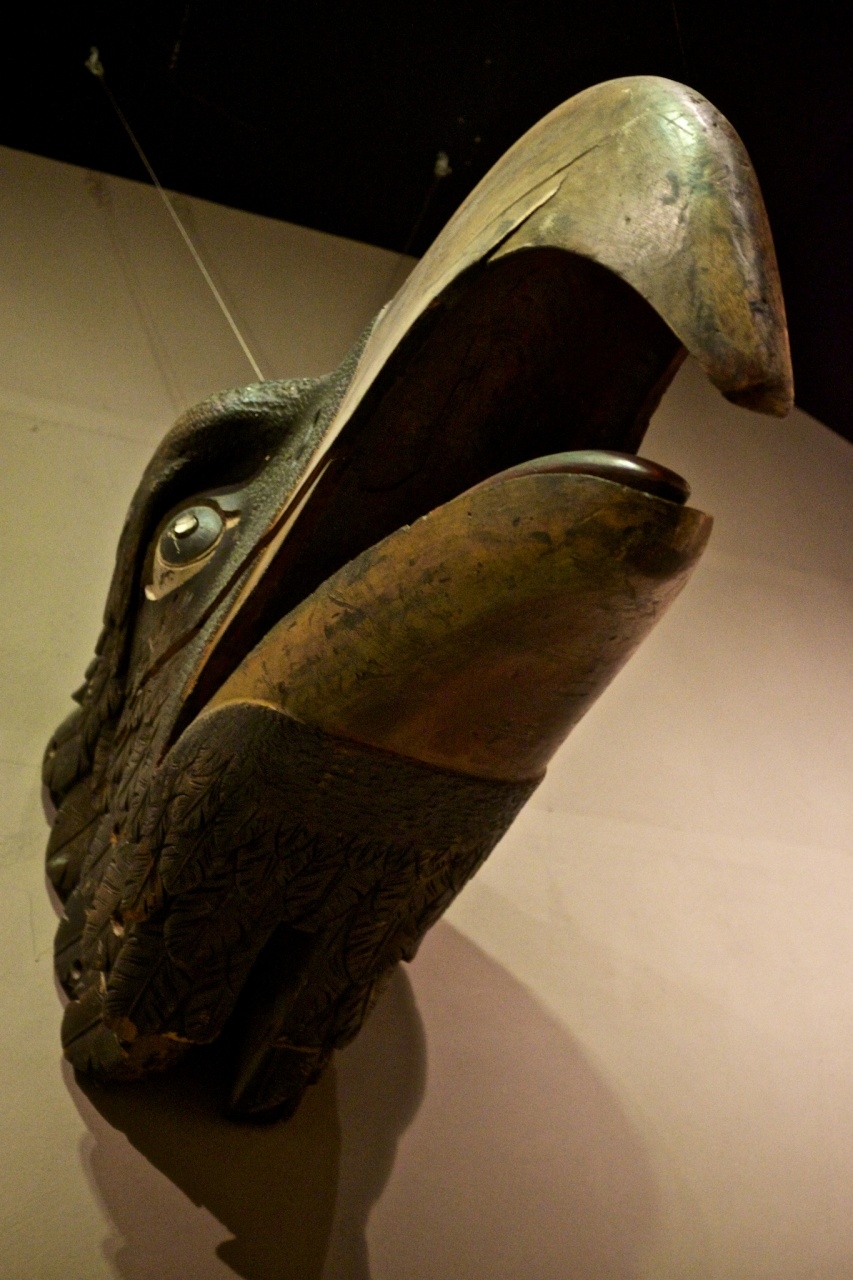 This imposing figure was created to be the figurehead on the Great Republic, a 335 feet-long cargo ship built in 1853. It was the longest wooden sailing cargo ship ever built in the United States. When the Great Republic first launched from Boston Harbor, the city declared a public holiday, and Henry Wadsworth Longfellow recited a poem he wrote for the occasion titled, “Great Republic.”  The Eagle had only been in place for a few weeks when the ship was severely damaged by fire and subsequently rebuilt into a smaller vessel without this figurehead.

This item may be viewed at the Mystic Seaport Museum in Mystic, Connecticut.