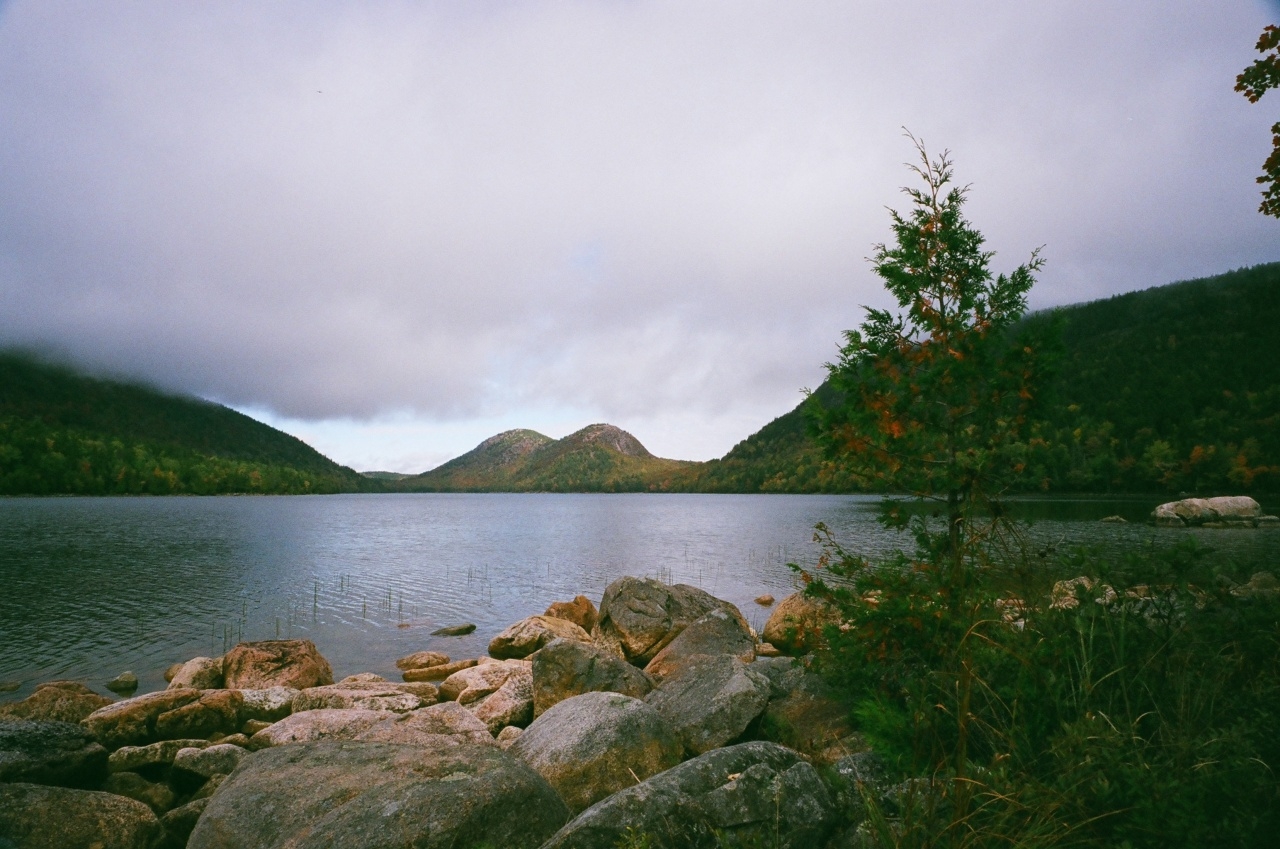 This is my second shot of the bubbles – the first is here. This one is a real film image, using motion picture film stock that’s been modified to use in 35mm still film cameras. The 200 refers to the ISO. Like many, but not all motion picture films (some are set for daylight or other light sources as well), it has a white balance set for tungsten lights and so it will shoot with a blue tint in daylight. It is recommended that you overcome this with a 85A warming filter. I used a much weaker 81A warming filter, in part because that’s what I already had and in part because I wanted to allow some off-color elements to pass through. It ends up working very well in scenes that have a lot of green like the shots I took in Acadia National park, including the scene at Jordan Pond.

This particular batch of repurposed movie film came from the Lomography store, and the run is completely sold out.  But you can also buy similar films from CineStill, and the Film Photography Project Store. Before you buy, check if the product has the remjet layer removed. This is a special coating used on movie films to allow it to move smoothly through the movie cameras at 24 frames per second. It mucks up developing unless it is removed first. Home developers can handle it themselves but most commercial/consumer developers won’t touch it. As far as I know, the FPP Store is the only place I have seen that sells movie stock without removing the remjet, and they will also either sell you the kit needed for home developing or point you to a developer who will handle it for you.

We Trod The Pavement In A Dead Patrol – Lower Broadway