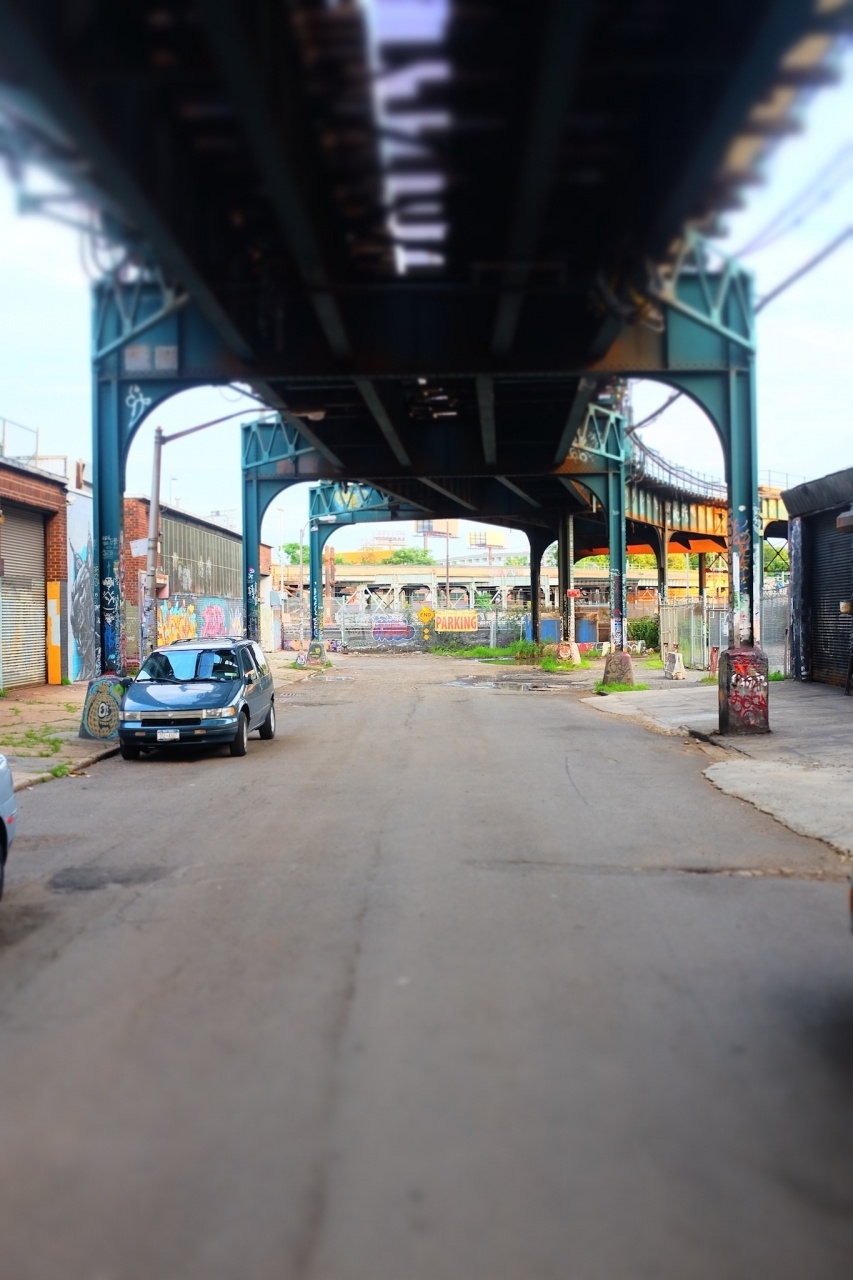 My photos have been so monochrome lately with all the black and white film I’ve been shooting, that I thought it made sense to not only go with some color but to really present a blast of it.

When lit a bit differently, this street has a classic dark, urban feel to it, and has been used recently in both Gotham and Person of Interest. I think it is used more than some other streets that run under elevated subways, because it is a dead end and so it  interferes less with traffic.

Finally, this was taken last summer, so it is a bit of a stretch to call this a we35 shot. I had not even heard of we35 and I don’t know if Justin had even begun to formulate the idea.