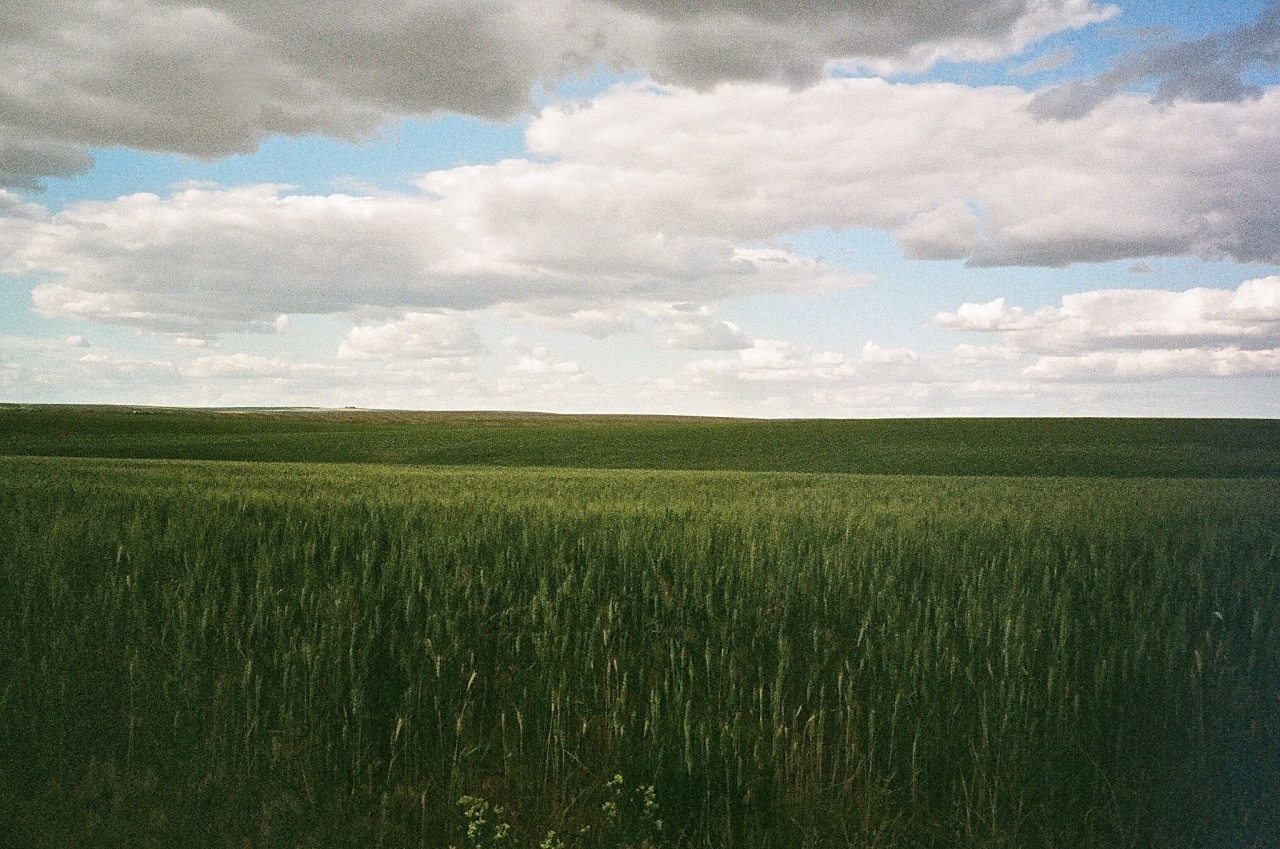 I;m not sure why this image looks so painterly. It is a simple film shot taken with the same gear used in yesterday’s rather crisp, clear image. The other notable feature of the image is that I took several similar shots in the same location with digital cameras, and they all either overexposed the sky or underexposed the ground. Here everything came out even. Yet I had other shots from the trip with this same camera and film where the sky or ground were over or under exposed as well.

Finally, I’m not sure if this was technically the Palouse where we stopped on the drive to the Palouse from Seattle. The fields are flatter. But it’s as good an identification as any other I could manage.