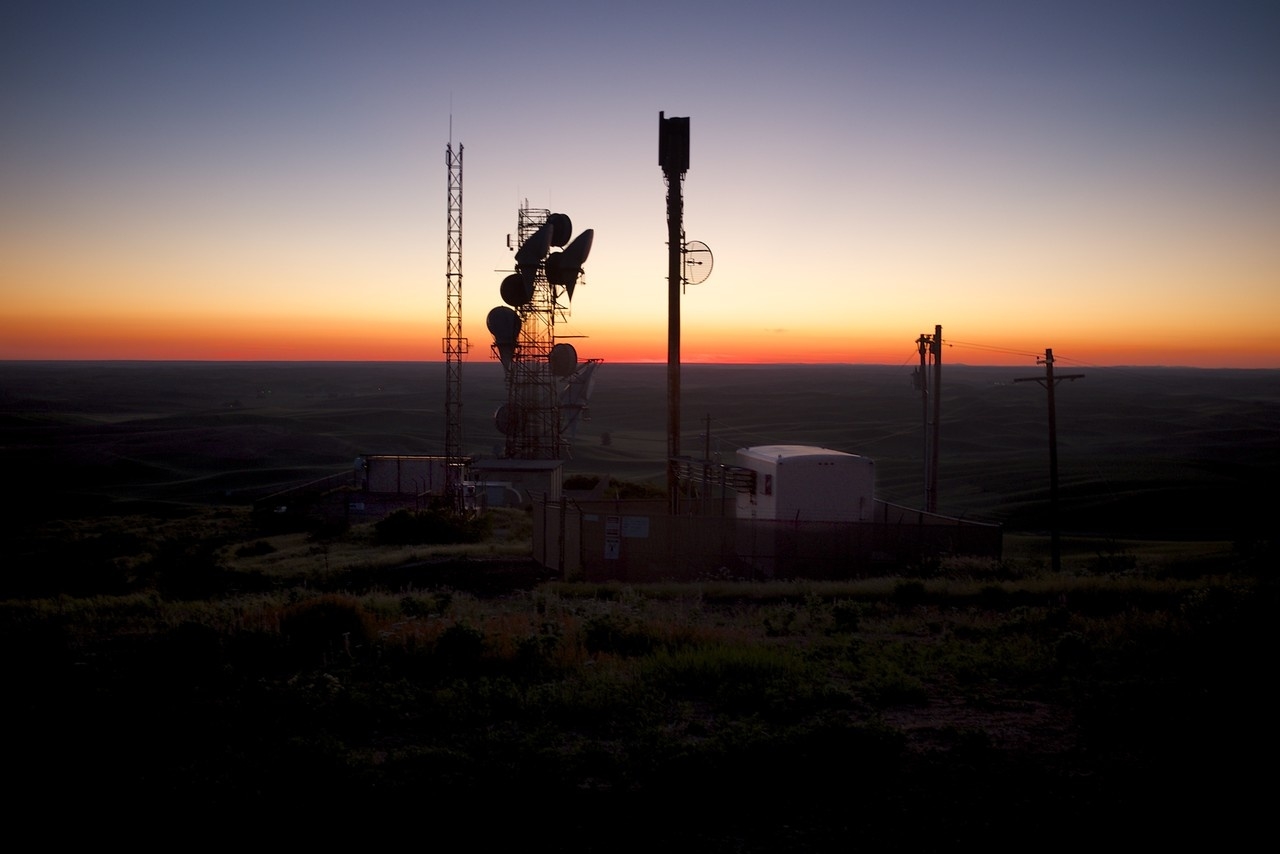 It was a very long day. We woke somewhere around 3am to drive to this location and shoot by the dawn’s light. We then shot other locations through the morning before breaking for lunch and a nap, and eventually returning to the same spot for sunset.  By this time we were done and just hanging out.*

Near the top of Steptoe Butte, where we were, there is this conglomeration of  radio/satellite/broadcast equipment, located clearly because it is the highest spot in the region. I do not know what it is specifically used for (although the mobile phone/data service up there is terrific), but it created a nice silhouette against the fading day’s light.

* Well, supposedly we were waiting for full darkness so we could shoot the Milky Way, but (1) it wasn’t a particularly good spot to shoot stars from, and (2) I don’t think anybody was unhappy when it got dark and someone said “seems kind of cloudy, let’s head back.”