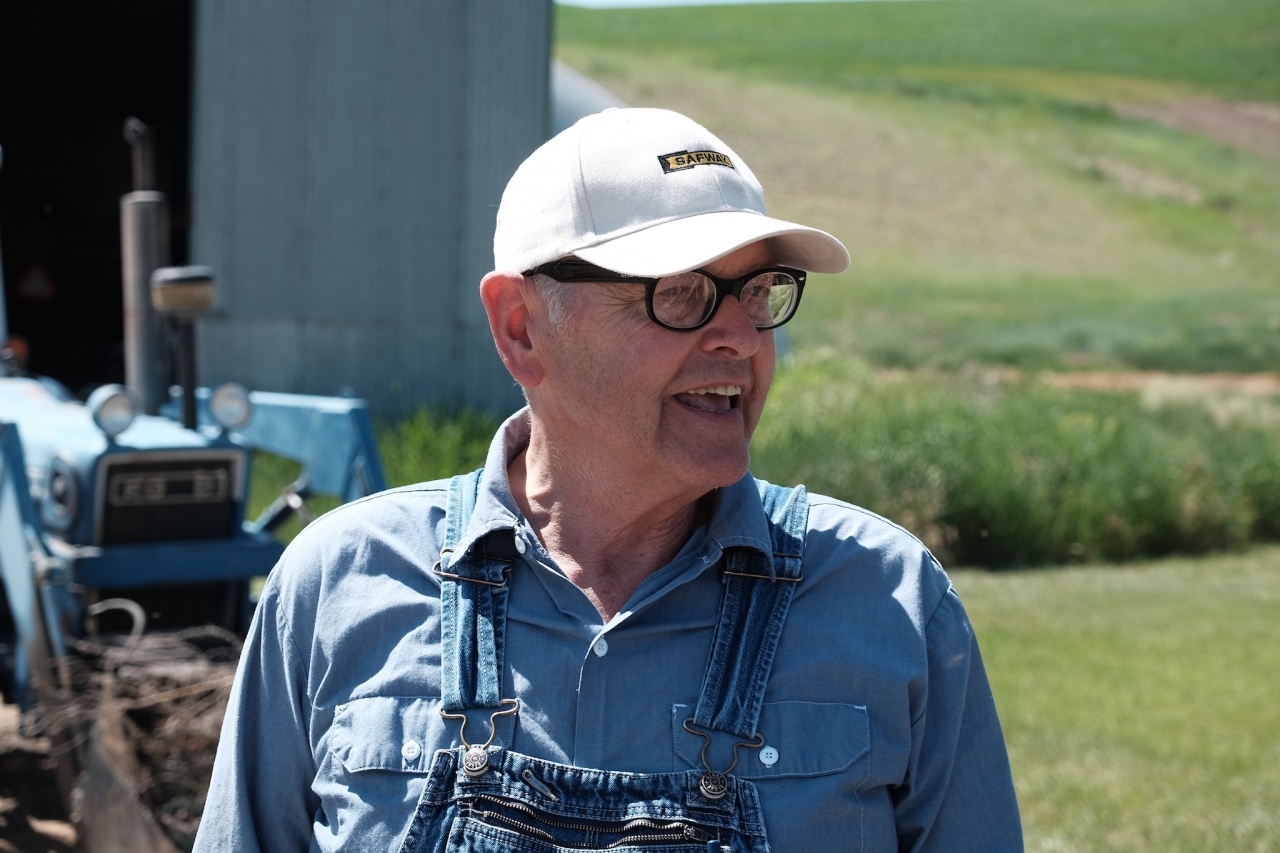 This is Dale’s barn. 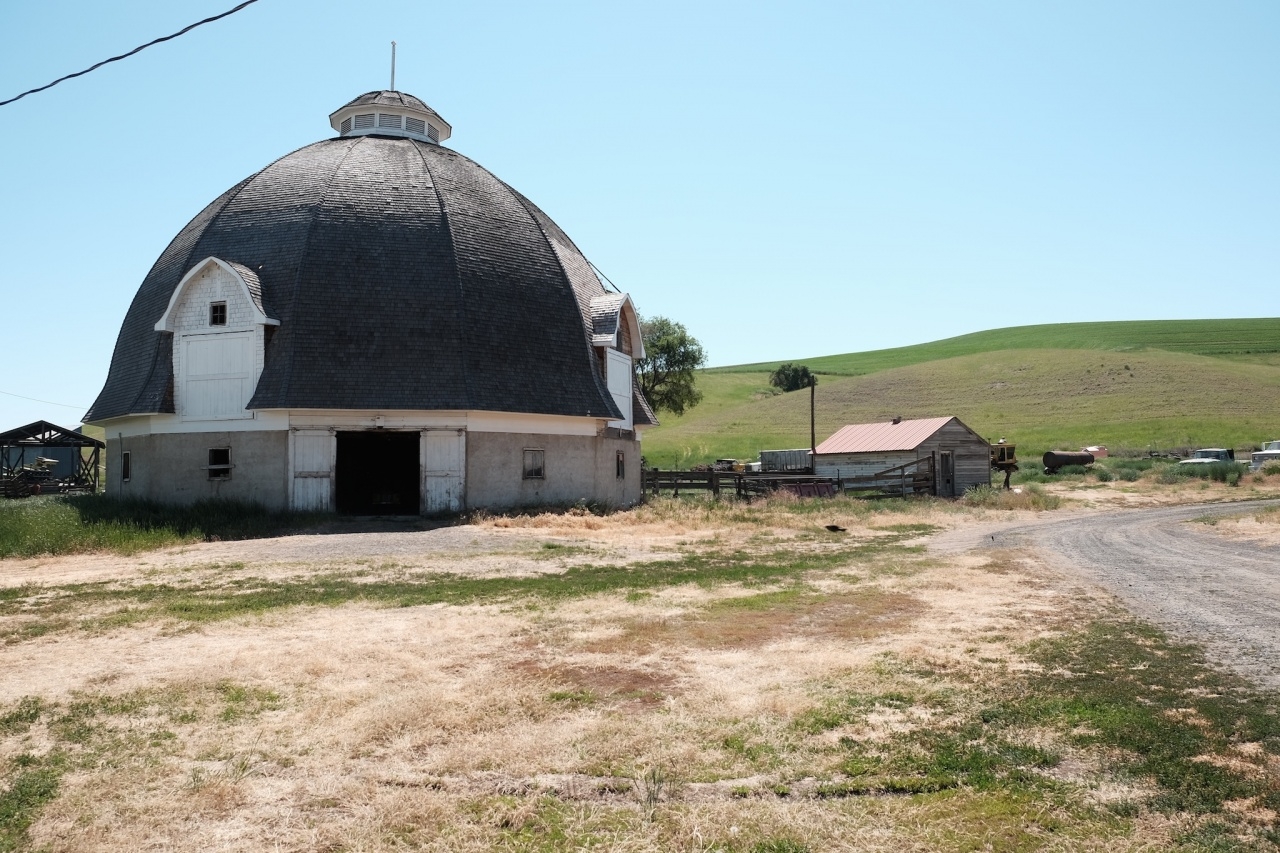 This is an instant photo I took of Dale and his friend and left with him. 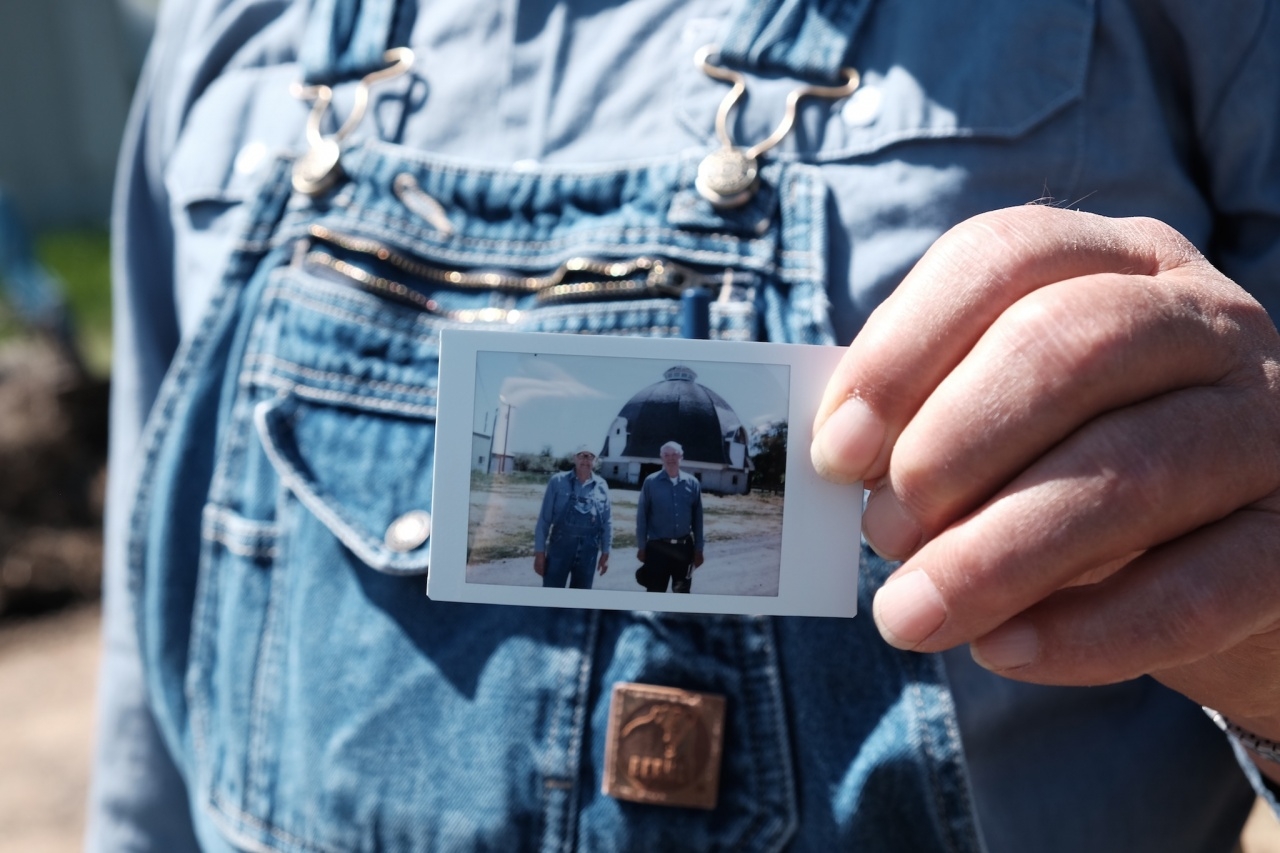 There were 10 of us on this year’s nXnw adventure to the Palouse region of Washington. one of the 10, Scott Starks, arrived a a day-and-a-half before the rest of us. He grabbed some shots for himself, but also did a great job of driving around the area and scouting out some locations beyond the more famous ones.  One of the items he noticed was this eye-catching round barn.  It’s not a secret but it is also not  as well known as say Weber House.

When he scouted he drove up and met Dale. Scott asked if he could return a couple of days later with some friends to photograph the barn and Dale said that would be fine. So we did, and it was one of the best experiences of the trip. We had the whole run of the place. All around the barn, inside, behind and so on. But better than that, Dale talked. He told us about how how the barn came to be built, that it was an original design of one of his forebears. He tolsd us stories about the fully functional small child’s car, that he once drove into town as a child, that sat in the barn. We heard about the time a couple drove up and the husband said his wife fell in love with the barn, then asked for a selling price. We heard that Dale first said the land was not for sale and when pushed further, Dale asked for an entirely ridiculous amount, which at least allowed the husband to tell his wife, “well, we tried”  and they drove off.  We also heard about how Dale and his family, with some community help, are rebuilding and renovating the barn bit by bit in what will be a years-long process.  We quickly took  up a quick collection and established the first, impromptu “nXnw Barn Restoration Fund” right then and there.

There was more, most of which I cannot remember in enough detail to recount, but I will always remember the experience as a whole, of how my friends and I made a strong, if brief, conenction to Dale.