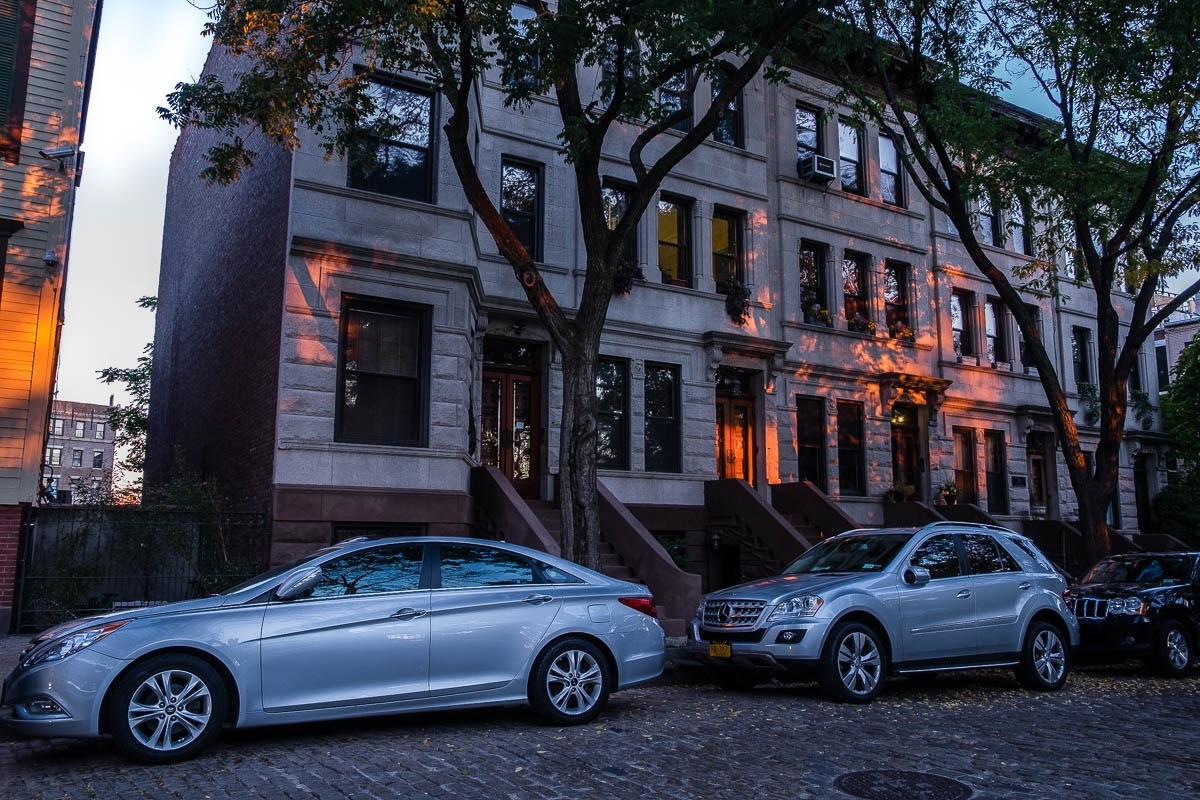 Yesterday morning I went to The Jumel Terrace Historic District in Washington Heights (some references place it in Harlem). The subject that drew me there will be revealed later this week. The centerpiece of the district is the Morris-Jumel Mansion, which dates to the 18th Century and is the oldest standing house in Manhattan. It sits on its original grounds directly behind where I was standing here. I did not photograph it because it functions as a museum and the grounds were closed early Sunday morning.

This was som of the best light I caught during the outing.As best as I can tell, this row of townhouses dates to the late 19th century, and the building were designed in Romanesque Revival style.

I’m So Tall – A Collaborative Experiment