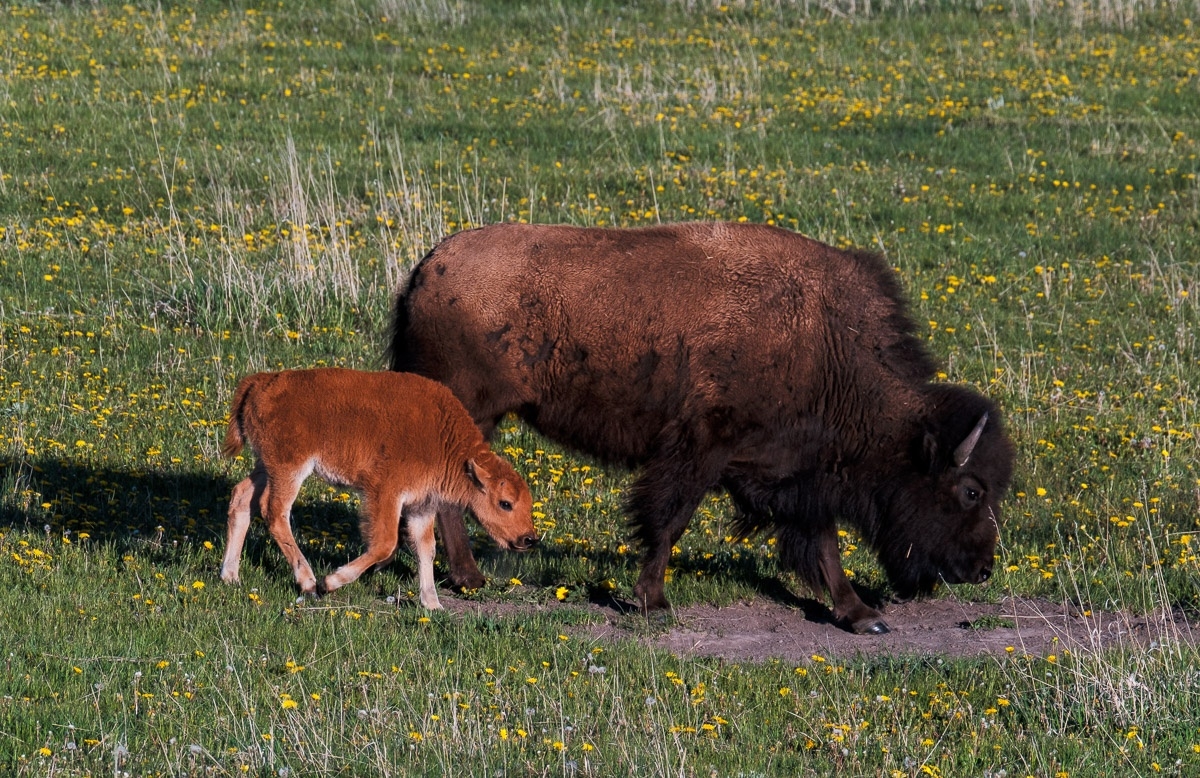 I did not have particularly good luck with wildlife on the nXnw trip to Grand Teton National Park. Unlike others in my group I encountered no bears, moose, or big horn sheep.*  But I did have some nice encounters with a grazing herd of American Bison.  Many of them looked a bit mangy as they were in the process of shedding their winter coats, but they are nevertheless quite impressive animals, and you best keep your distance. This was taken with a rather extreme telephoto zoom lens setup I rented for the trip, and I was probably at least 40 yards from this pair.

Also these are bison, not buffalo.  Buffalo’s are completely different creatures with some similar features so early European settlers sometimes called then buffalo and the name has stuck to this day. It’s technically wrong, but so widespread it’s essentially an accepted usage.  I guess it’s kind of like referring to an ape as a monkey or vice versa.

* My friends who encountered a bear were lucky to do so under very safe conditions and at a distance.