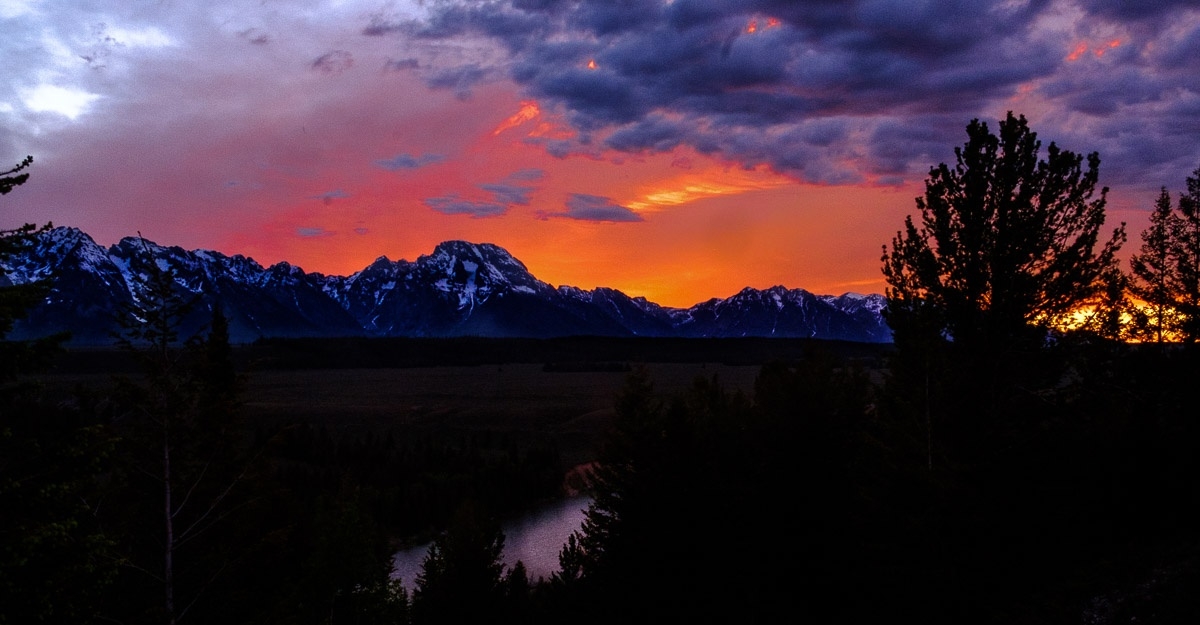 As great as the nXnw trip to Grand Teton National Park was, our sunrises and sunsets were less than stellar until this point. This evening we went to the Snake River Overlook, a site made famous by Ansel Adams.  It is not possible to recreate Adams’ famous image due to changing conditions, especially the growth of numerous trees that interfere with the view. No one seemed to find my suggestions that they should be cut down in the interest of historical accuracy as cogent or amusing as I did.

The overlook was somewhat crowded with the best locations taken by the time we arrived. In addition, the skies were boring and greyish. But we had no alternative so we settled in; grabbed the best remaining spots to compose as we could, and waited.  After some time some color appeared far down the river in a spot essentially useless for photo purposes. It was rather faint as well. But then it started moving to the area behind the mountains across from us, and the colors grew bolder and more varied as it moved, and became one of the most glorious sunsets I have had the pleasure to witness.