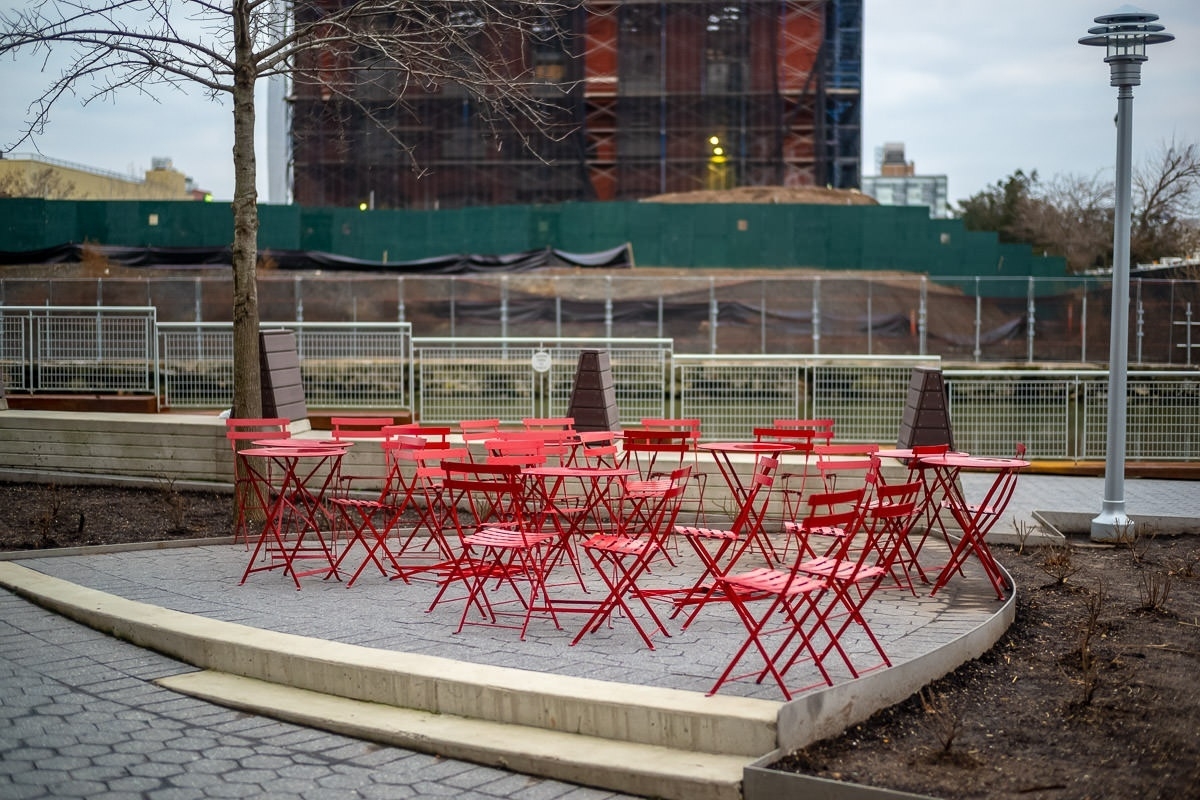 For the second week of my Prime Lens Experiment I went to the Gowanus neighborhood in Brooklyn, nestled between Carroll Gardens and Park Slope. The Gowanus Canal used to be a synonym for pollution and stench. The canal itself still is not a lovely sight, but the cleanup has at least removed any stench and the neighborhood is thriving and changing. I was inspired to shoot there, in part, because the television show The Americans — set in metro Washington D.C. but filmed in NYC — shot numerous scenes there.

One of the improvements to the neighborhood is a narrow park along the canal running just a few blocks. That’s where I found this grouping of red chairs and a few tables that caught my eye.

Mohonk Lake Boat Dock Evening (we35 before #We35)