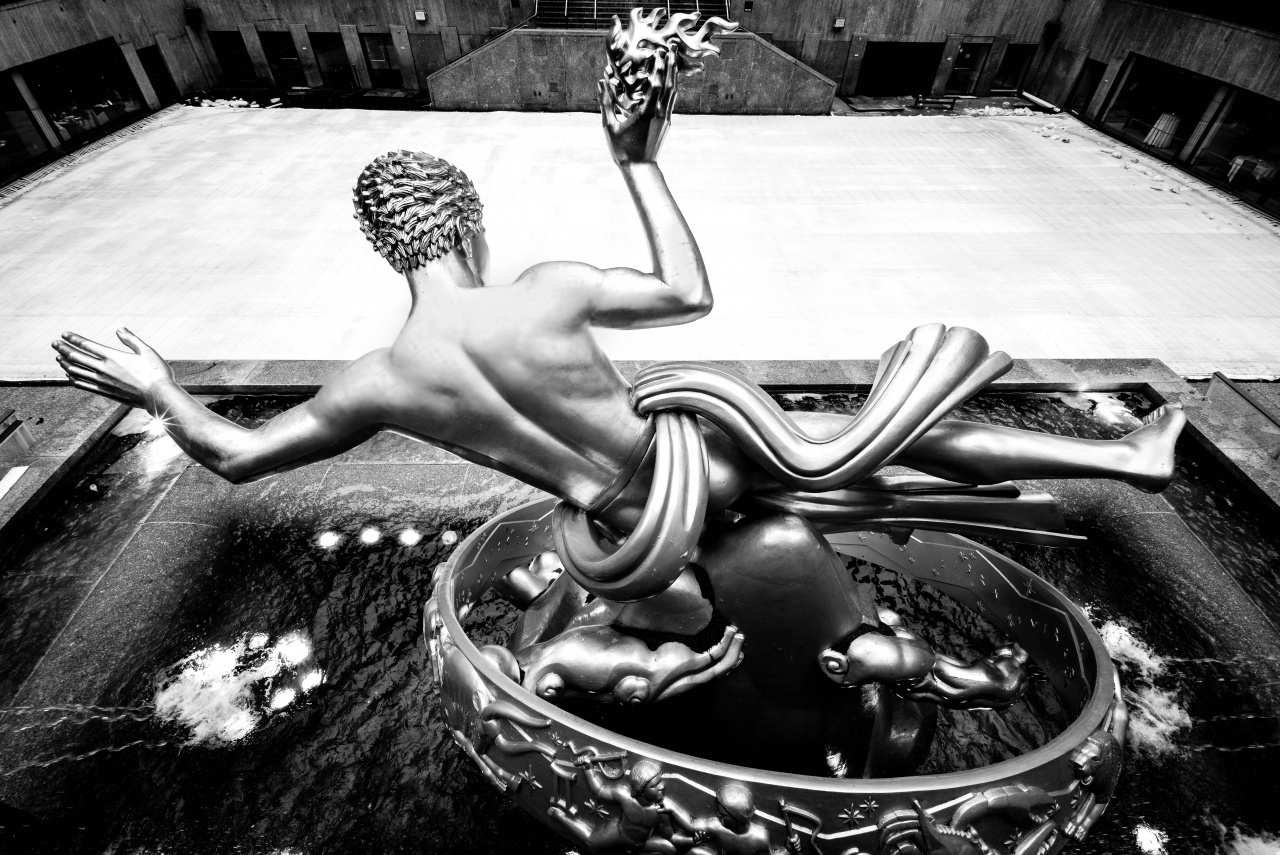 This is from the final week of a month devoted to a 15mm Prime Lens, the Voigtländer Super-Wide 15mm Heliar f3.5. I like it a lot, even if shooting with nothing but a lens so wide for one month gets a bit limiting. But that’s the point, I guess.  The exercise seems to reverse the usual lens selection ethos. Usually it’s horses for courses: you pick your lens based on the situation you are shooting in. During the year-long experiment of shooting with just one prime lens at a time I find I often need to pick what to shoot based on my lens.

I work very near here, and have taken more than a few shots from this spot, but usually need to focus on one aspect of Promethus here, or tilt the camera straight ahead or up towards the other Rockefeller Center buildings on the other side of the ice rink and Saks Fifth Avenue further off. But with the 15mm I could get the entire statue and rink in a single image.

From The Before Times