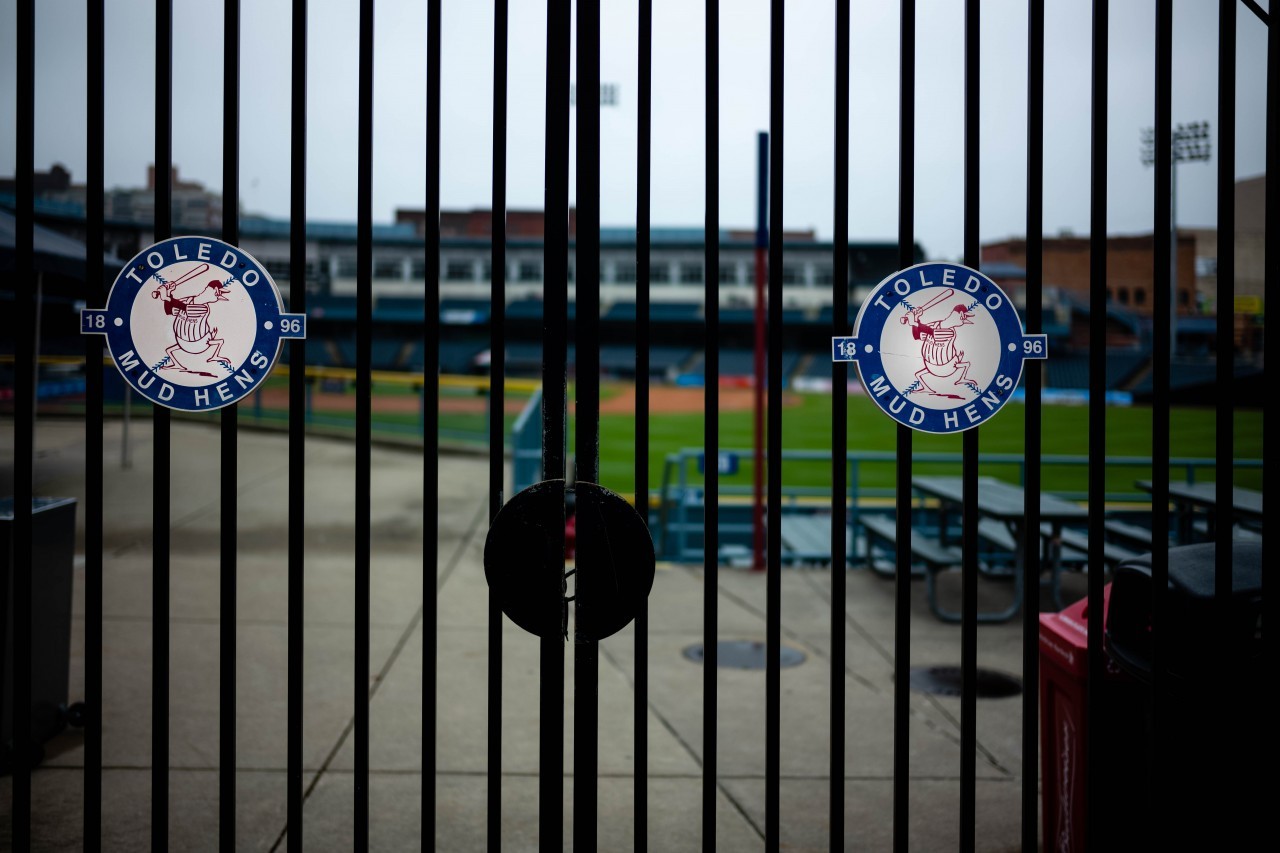 In early May I drove from NYC to Ann Arbor to pick up my daughter from her first year at the University of Michigan. Toledo is on the way, and almost exactly one hour from Ann Arbor, which let me cut the 10 hour drive short on the way out in favor of an easy 1-hour drive the next day. It also gave me an opportunity to explore another city for a bit, and I had time for a decent photowalk in the morning before I had to go move my daughter out.

In my mind, Toledo is famous for its Jeep plant, for being the home town of M*A*S*H character Klinger (actor Jamie Farr who played Klinger was from Toledo in real life), and for its minor league baseball team, the Mud Hens.

This is a shot of Fifth Third Field, home of the Mud Hens, situated right in downtown. Like many other industrial cities, Toledo has seen better days economically. I walked though a number of empty lots and abandoned buildings. But among those I also walked through blocks with some busy office towers, theaters, coffee shops, and other positive signs.

Finally, this weeks starts my exclusive period of using a 35mm lens. I have used 35mm (or equivalent) lenses probably more than any single prime focal length, largely due to the #We35 projects. But I never shot exclusively with a 35 mm lens before.