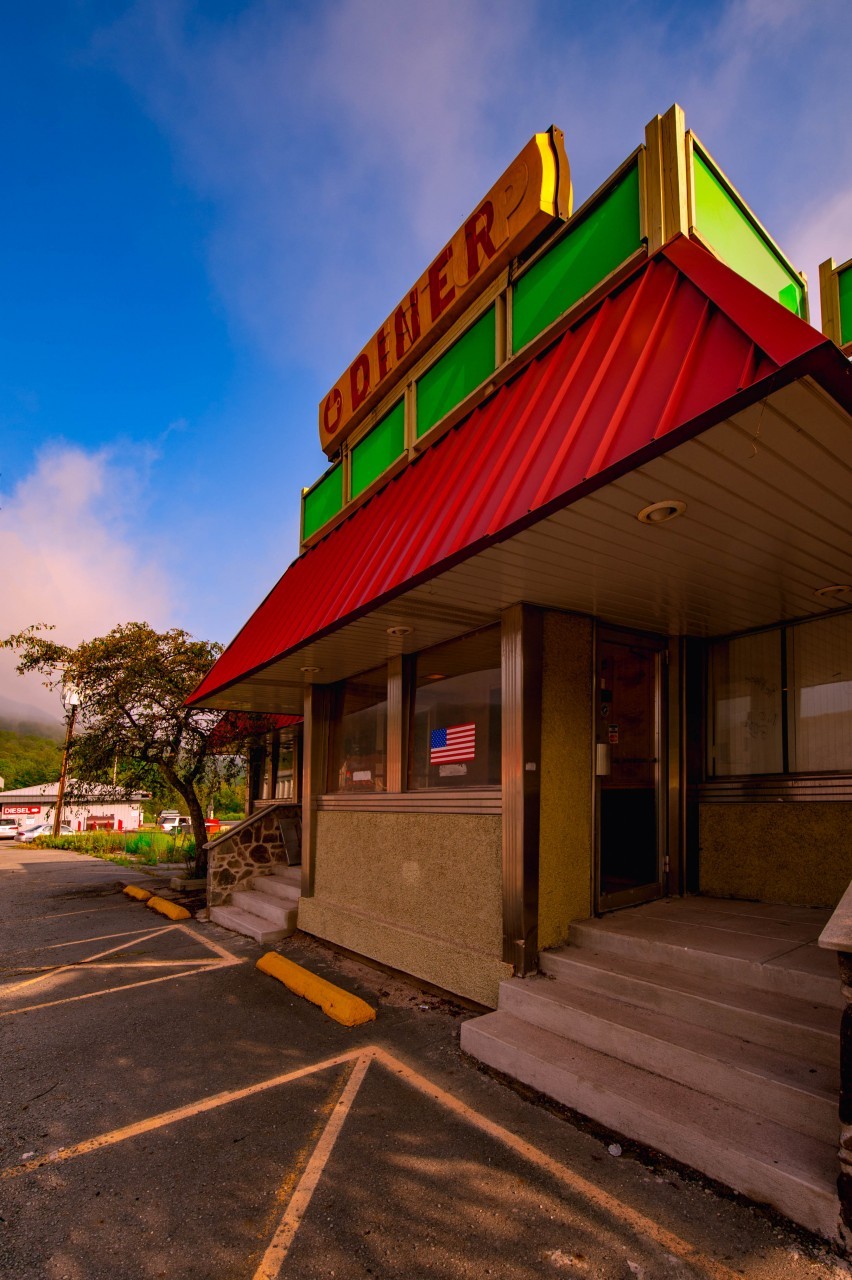 Looking back at these images, what I cannot figure out is why I did not just take a straight-on Wes Anderson style shot of the diner from directly in front. There is a sign directly opposite the entrance, which created a bit of an obstruction, and it might have prevented me from being far back enough to get the entire diner in the shot even with my widest lens.

But I think the issue was I rarely shot anything directly back then. If you go back through this blog you will see me discussing it. It was not somethign I was conscious of at first, then I realized it, then I started shooting direct, at least sometims, but often failed to line things up correctly, and finally it is second nature to me.

Which is not to say that those direct shots are the best way to shoot, but for my first few years as an active photographer, I inexplicably ignored them to my detriment.

This image has been previously presented, but as with the others I have revisited in this series, I do not love my processing choices in 2010-11. So here I cleaned it up and especially punched up the signage. One thing I noted then that is worth pointing out again is that if you look, you can see raised letter on the sign spelling “REST STOP.”