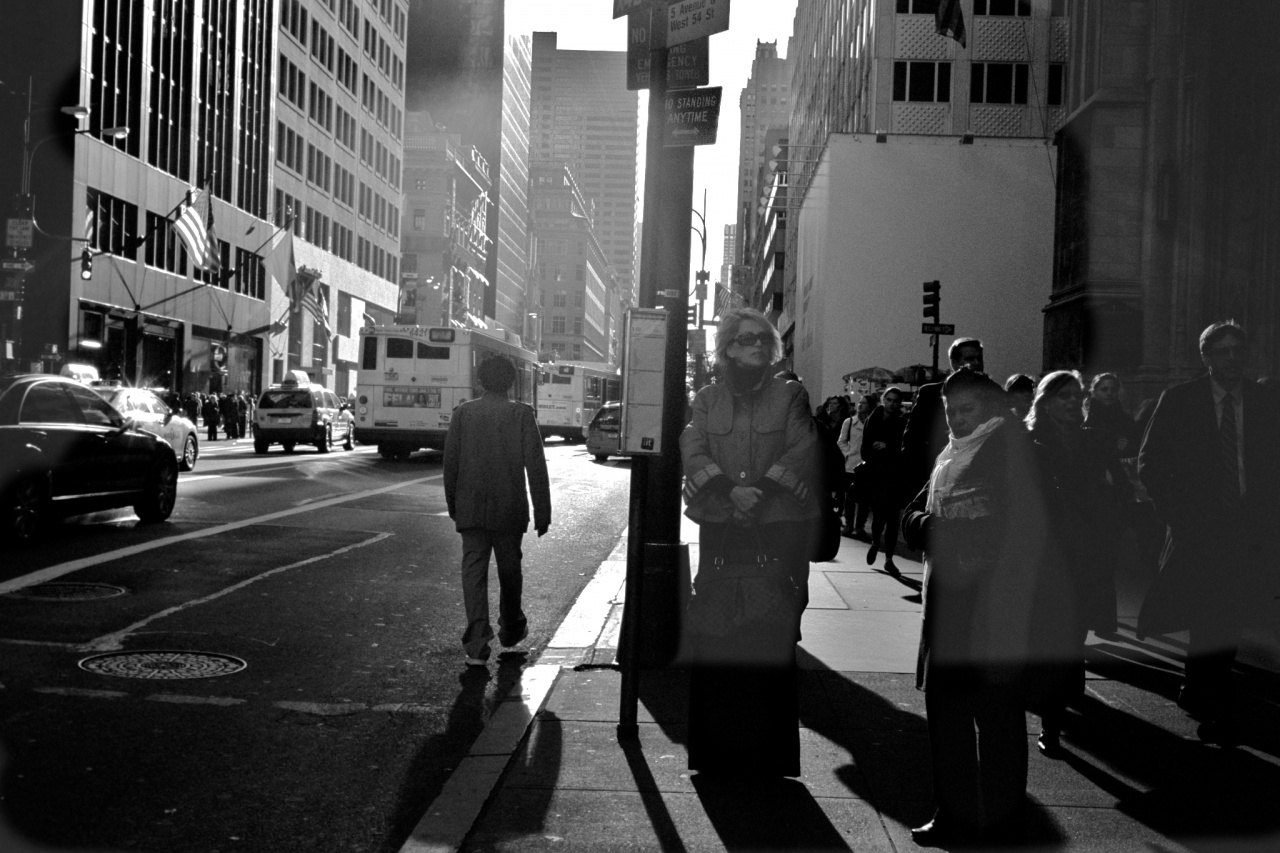 This is a scan from film, taken with my used Minolta CLE and a Leica lens, and it highlights some of the limitations of using film. Taken in either late December or early January, I was able to get these great long shadows in the middle of the day, but of course that meant that my shots either had people squinting into the sun or with the sun behind them, as here, and their faces in shadow. If this were a digital Raw file, I could easily have regained some of the face detail. When I tried to do that here, there were too many artifacts and it just looked off, so I couldn’t push it too far.  In addition, that mass of people in the shadow to the right has almost no detail available to be recovered.

I expect, but do not really know, that if I took control of the film processing myself, I might have been able to recover some of these details during that part of the process. As it is, I get the film processed and scanned into 18 megabyte Tiffs, that have a lot of information, but still much less than the 12 megabyte Raw files that my D700 generates.

Anyway, I love the shadows, and I love the guy walking in the street.