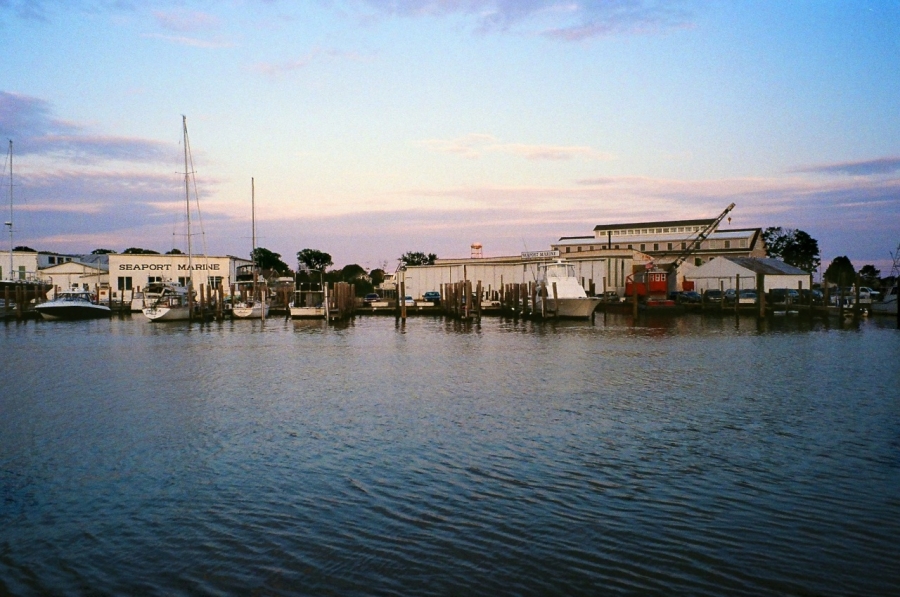 Nothing to do with the movie of the same name, except that the Mystic River in Boston (the source of the movie name) and this one in Connecticut, are both based on the same Native American Indian word for large river.*  This Mystic River splits Mystic, Connecticut.  On the opposite bank is the part of the town with the Seaport Museum, which is maybe a half-mile or so north of here. On this side is the quaint old town section, with lots of restaurants and art galleries.  My family and I ate at an amazing restaurant called The Oyster Club which I highly recommend, located very near to the spot where I took this shot.

* Wikipedia says it’s an Algonquin word on the Massachusetts river entry and a Pequot word in the Connecticut river entry.