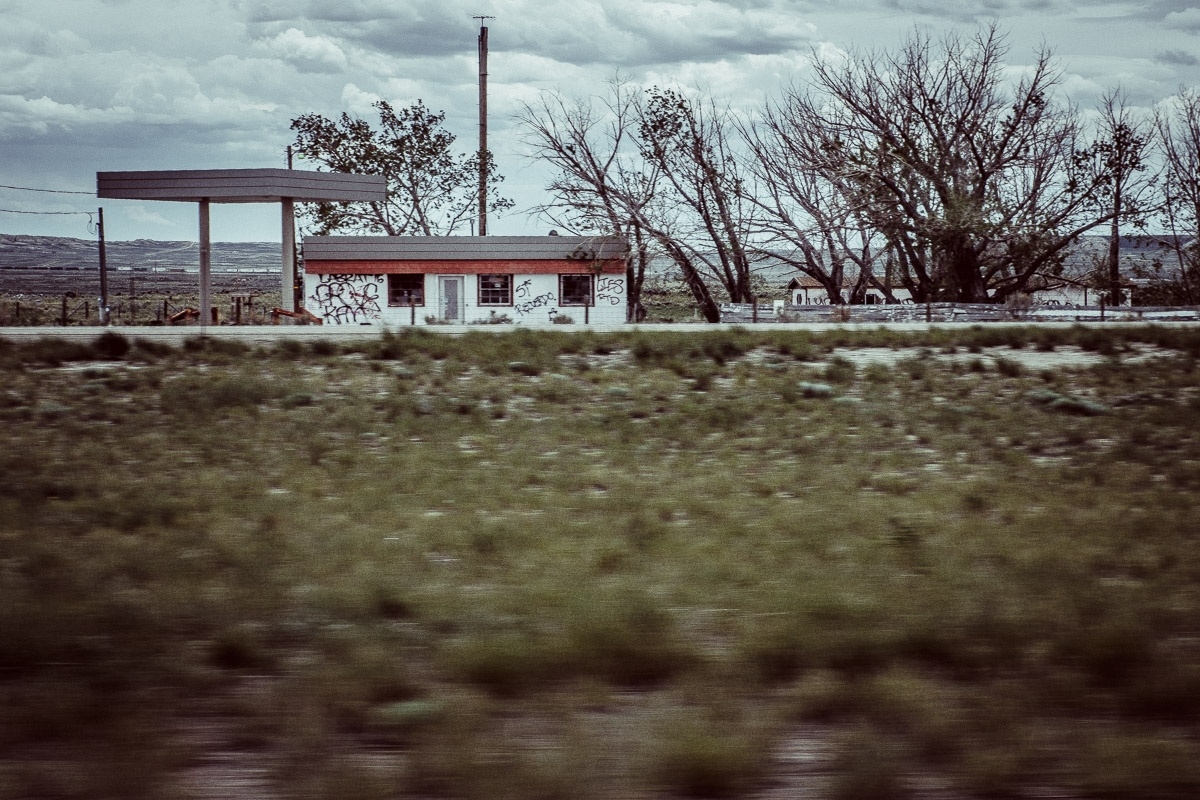 I could have been a little more productive this weekend. If I had, I could tell you where this is, maybe.  If I had been more productive I might have offloaded my GPS tracks, synced them with my trip photos, and I could know what state this is in, at least.

Well, it’s probably Wyoming. I know for certain it is somewhere between Denver and Grand Teton National Park near Jackson, Wyoming. I recently returned my my annual photo excursion with friends from around the country, known affectionately by us as nXnw.  It was a great week, and I barely was able to offload even just the images this weekend. My usual practice is to post one image from each day — in order — before I do whatever I want.  This was taken from Armando Martinez’s car as we traveled from Denver to Jackson. Our group — which grew to 13 this year — converged on Jackson at different times from varied rally points. Five of us made the drive from Denver, something I did because flying to Denver and from Jackson was for some reason much less expensive than any other option.

I’ve got a lot of great images to share, and more memories of time with friends that I will treasure.  They got some good shots too. As a start, check out my friend Bob’s great grizzly bear images, Mike’s beautiful shot of Schwabacher Landing, and Dave’s shot of one of the most famous barns in photography.

The Mississippi Begins In In Minnesota