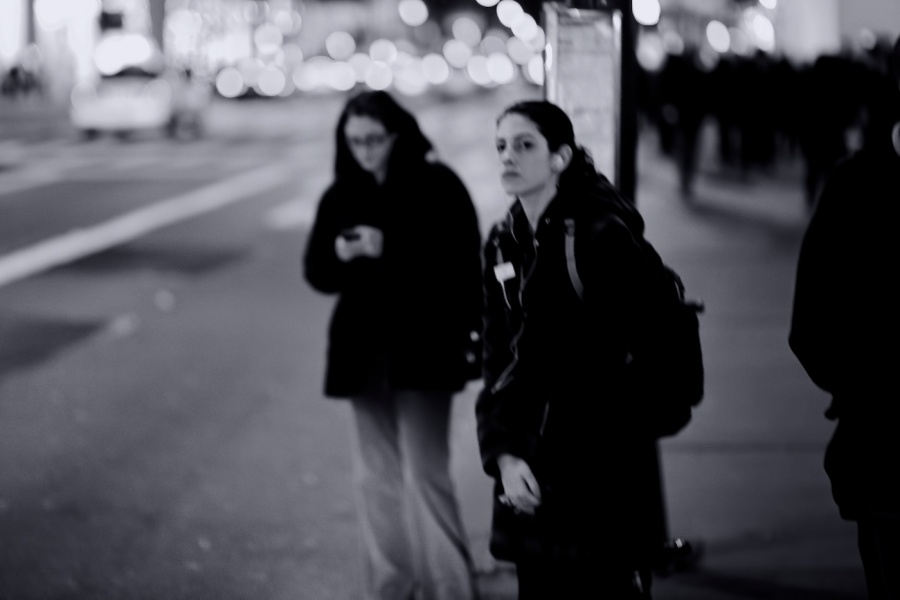 I have a good number of night time street photography shots in which the subject is slightly out of focus.  So I was pretty excited when Topaz Labs announced InFocus, which is touted as being able to “enhance the clarity of an already well-focused image, as well as deblur an out-of-focus or motion blurred image.”  The before and after pictures on the product page are impressive, but I was not impressed with the results I was able to achieve.  In the image above, the young woman was slightly blurry before I applied InFocus, and remained slightly blurry afterwards. Below I show both the original image untouched, and with no edits except for the application of InFocus. 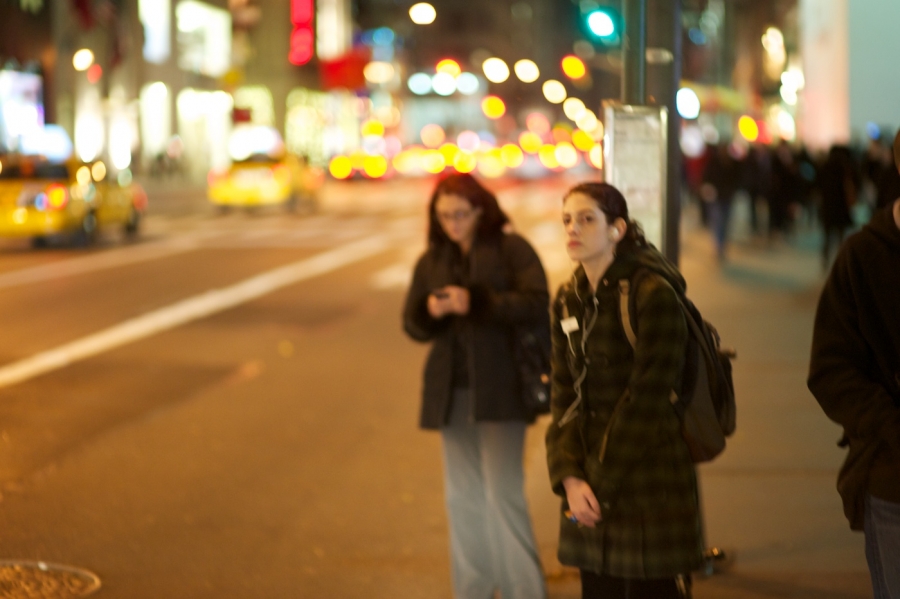 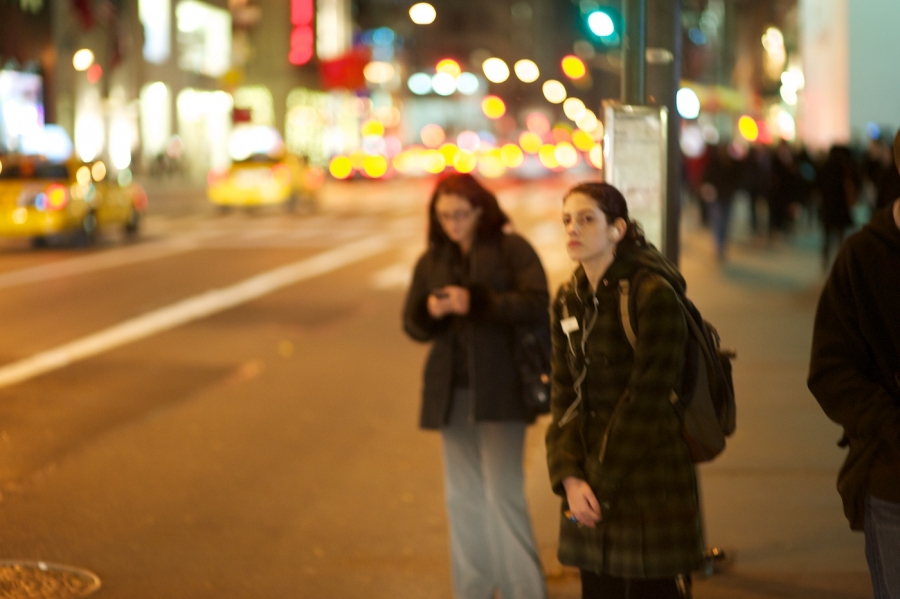 I see a difference, but not an improvement. In fact, I had to carefully mark the two images so I could keep them straight, and remember which was which. I would be tempted to say that maybe the software does not work as well on faces or people, but one of their examples shows an image of a boy that shows clear improvement.  I believe I followed the instructions properly – it is fairly simple. Under the Blur section, I selected “Out-of-focus” as the Blur Type.  Then I moved the Blur radius slider to the right until I started seeing too much noise and artifacts. Then I pulled back just a bit, and adjusted the Suppress Artifacts slider.  That’s supposedly all there is to it.  But while I saw noise and artifacts increase, and perhaps a standard increase in sharpness, I did not see any reduction in out of focus blur.

As a test, I switched the Blur Type from Out-of-focus to Unknown/Estimate. That setting has a button to push to let the software attempt to estimate the proper settings based on its analysis of the blur in the image.  When I hit that button for this picture, it did nothing.  Not one of the settings or sliders moved and the picture was unchanged.  Aapparently the software thinks this image is perfectly in focus.  I’ve tried the test with other images and obtained similar results.
This is quite a disappointment. I love Topaz Labs’ other products, and, again, the examples they show are remarkable.  I viewed and followed the instructions on the tutorials and see no value added by this product over a regular sharpness filter. I wonder if others are having similar experiences or are getting better results.
Tags: 85mm Prime, Black and White, Bus Stop Friday, D700, Manhattan, New York, Night, NYC, street candids, street photography, Topaz InFocus