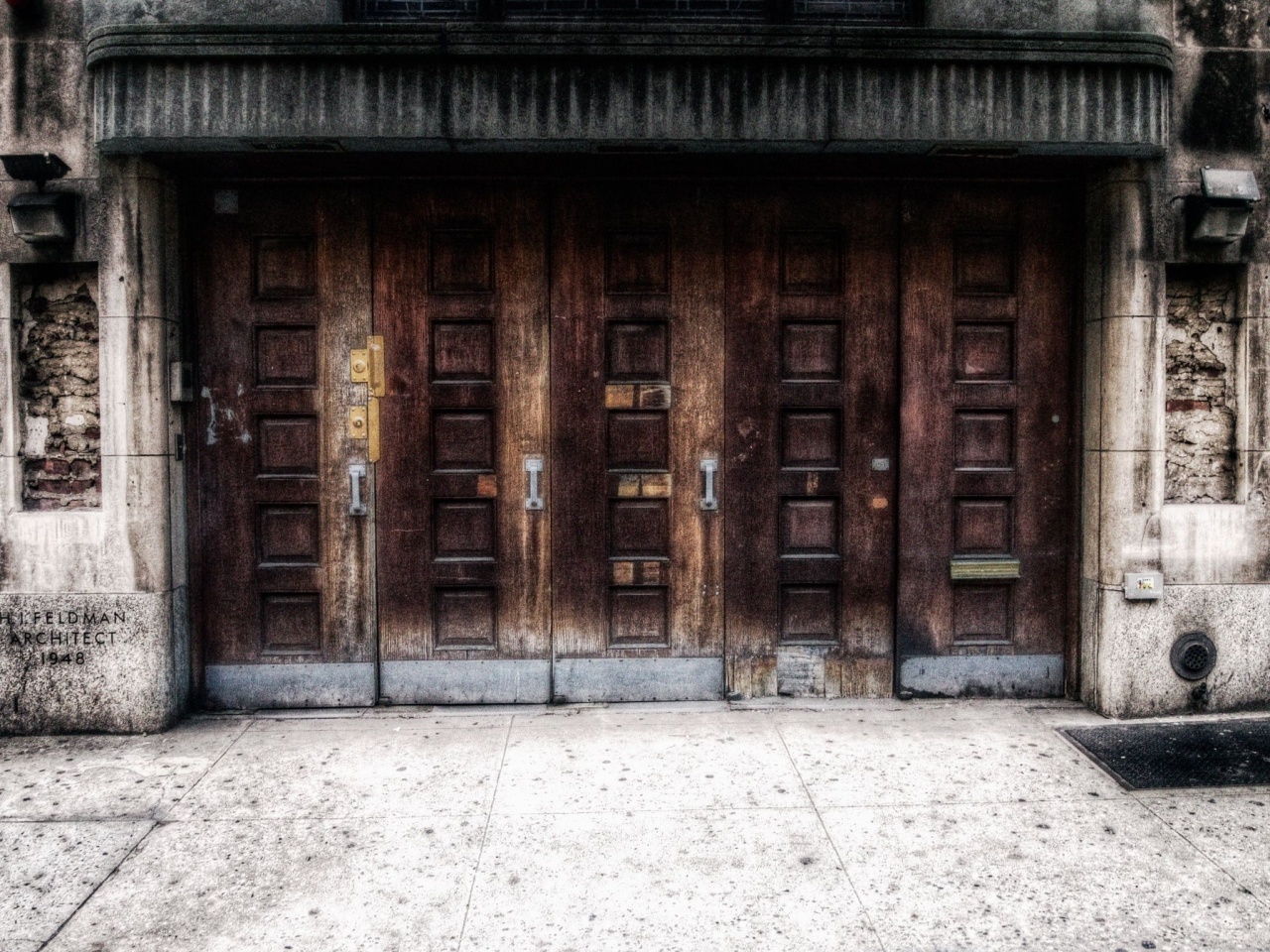 These are the front doors to the Millinery Center Synagogue. I wanted to write a paragraph or two about this place, but this post is late and I’m tired from a busy morning. Maybe I will update it later. I should also note that I have placed this in the category “Churches,” and I realize I should soon either rename it to “Houses of Worship” or create separate categories as necessary. I plan to do so soo, and hope nobody is offended in the mean time.

UPDATE: When I researched this synagogue, I was pleased to find this image from New York City Portraits, which is one of my favorite New York photo blogs. It’s always fun to happen upon such a place, take a photo, and discover that someone you follow has done the same, and you inadvertently followed in her footsteps. The image there, and the New York Times article linked within capture a feature of the synagogue I missed, their linen sales. I happened by on a Friday evening, during the Sabbath, when not surprisingly the linen sale were not taking place. It does appear that the synagogue still closes on the sabbath, or at least Friday evenings, even though the Times article, which is more than 10 years old, indicates that they hoped to start holding sabbath services in the future.  I suppose it is possible that a service was being held behind those doors, but they look not merely closed but locked.

The Lion of St. Mark’s – An HDR Collaboration