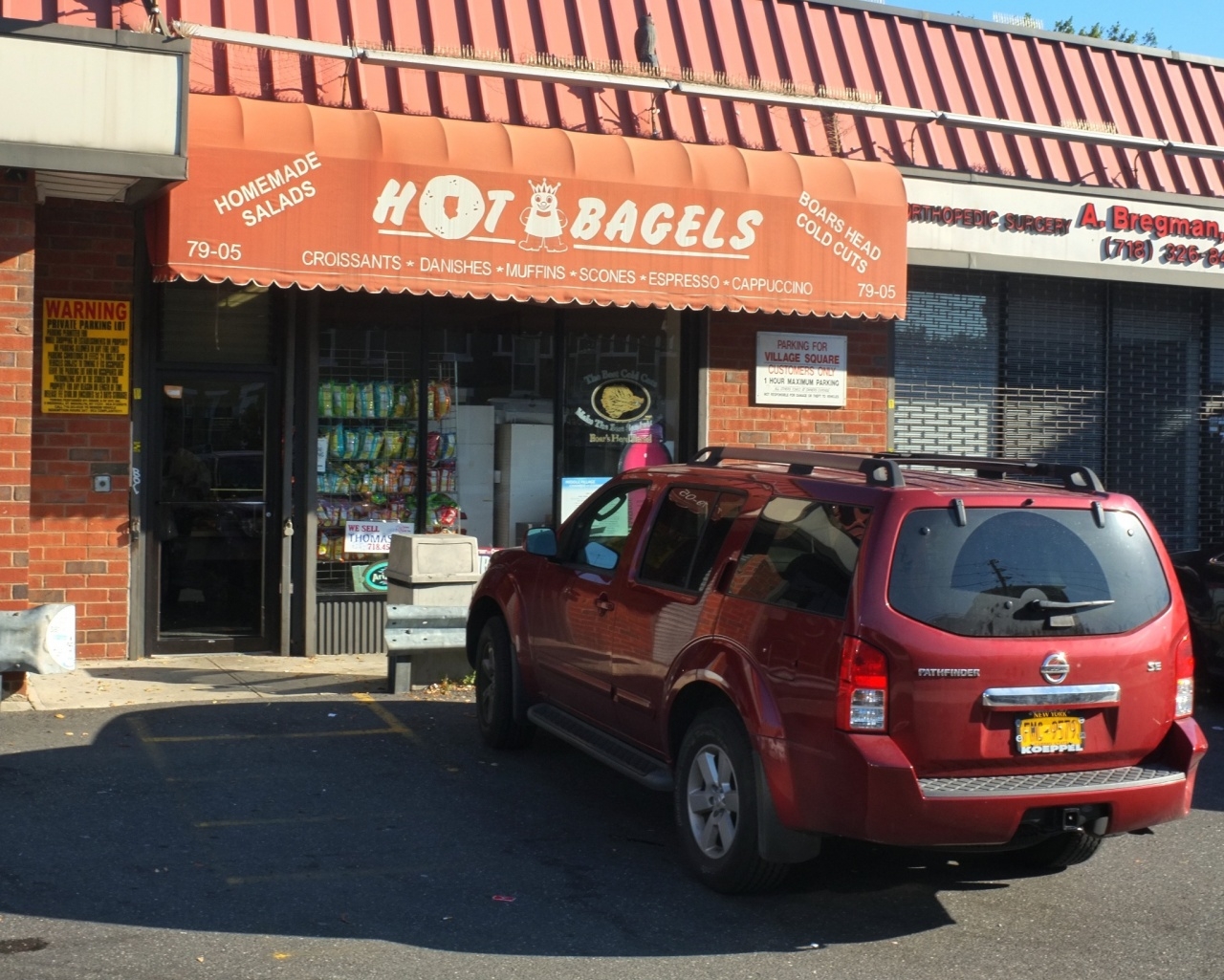 About two months ago I announced that I would take requests for things to shoot in or around New York City. I am finally getting around to fulfill some of those requests. Although I will not always go in order received, I did think it appropriate to handle the first one submitted first. That came from Justin Balog of Light As Magic, who had a couple of ideas but his first was “the best bagel shop you know.” Now I appreciate that Justin asked for the best one I know instead of the best in the city. Apart from making it easier for me, and sidestepping what is undoubtedly a passionate point of contention for many people, I realized as I thought about the matter that for me at least, all bagels is local.

There might be some outstanding bagel shops in neighborhoods I never go to. I don’t doubt that. But they might as well not exist because unless my life patterns change I’ll probably never visit them.  The first favorite bagel shop I remember is Columbia Bagels, on Broadway between 110th and 111th, which opened when I was at Columbia in the 1980s and closed in 2004.  I know that I discovered smoked whitefish salad there as a bagel topping, and it might also be where I first came across the everything bagel. Before the everything bagel, bagels only had one topping, usually either salt, poppy seeds, sesame seeds, garlic or onion. Then somebody thought, let’s make a bagel with all of those and call it the everything.

You can actually listen to an 8-minute recording of someone reminiscing about Columbia Bagels on YouTube, courtesy of something called The Place and Memory Project:

Columbia Bagels remained my favorite shop until I moved to the DUMBO neighborhood in the early 1990s, which at the time was not nearly as developed as it is today. I did all my shopping for goods and services in nearby Brooklyn Heights, and the best bagel shop around was one on Clark Street between Hicks and Henry. If I didn’t discover the everything bagel at Columbia I discovered it at this place. I don’t know its name, and like Columbia Bagels it also does not exist any more. Actually, I’m not sure I ever knew its name, as I always just thought of it as the bagel shop at the top of the hill.

I moved to my current spot in Queens in 1998, and after trying a few places my wife and I both agreed that the shop shown above, on Metropolitan Avenue, is the best around. I don’t know it’s name either. Literally. I can see that it says “Hot Bagels” on its sign, but (1) until I went to take the photo I could not have told you that, and (2) when I look it up online at places like Google or Yelp it’s referred to as P&C Bagels. So I still don’t know right now what it’s proper name is. It’s the bagel shop on Metropolitan in Middle Village.

But they do have good bagels. Hard crust, chewy inside, and usually warm when you buy them. You can actually smell them while walking home and you’re carrying the bag at your side.  Unlike a lot of bagel shops I have been to, they almost never run out of whitefish salad. You get 7 bagels for the price of 6, and 14 is their version of the baker’s dozen. Their product is good enough that there is usually a line, especially during breakfast and lunch hours, but it moves fast. If you read the online reviews a lot of people complain about the attitude of the staff, and while I might have agreed at one time, it has significantly improved as of 3-4 years ago in my opinion to the point where I would now consider the criticism unfair.

It is also close to my church, which is perfect, because you make a slight detour around the block before walking home after Sunday Mass and you’re perfectly set up to host a great brunch.

Now I want to add an Honorable Mention, which is Gotta Getta Bagel on Continental Avenue in Forest Hills. Frankly I don’t like their bagels as much as the place on Metropolitan, but they do one wonderful thing. 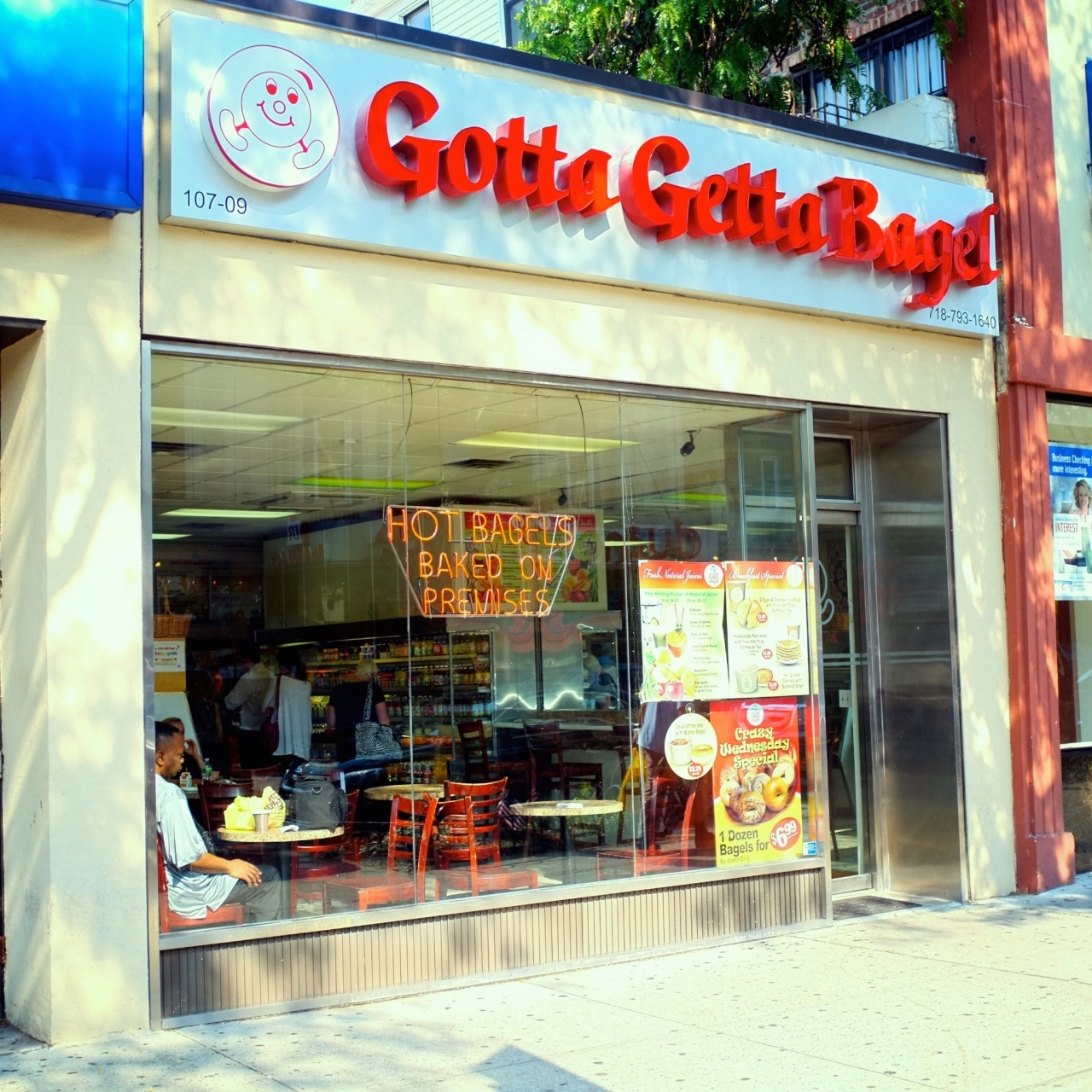 They cover their everything bagels on both sides. 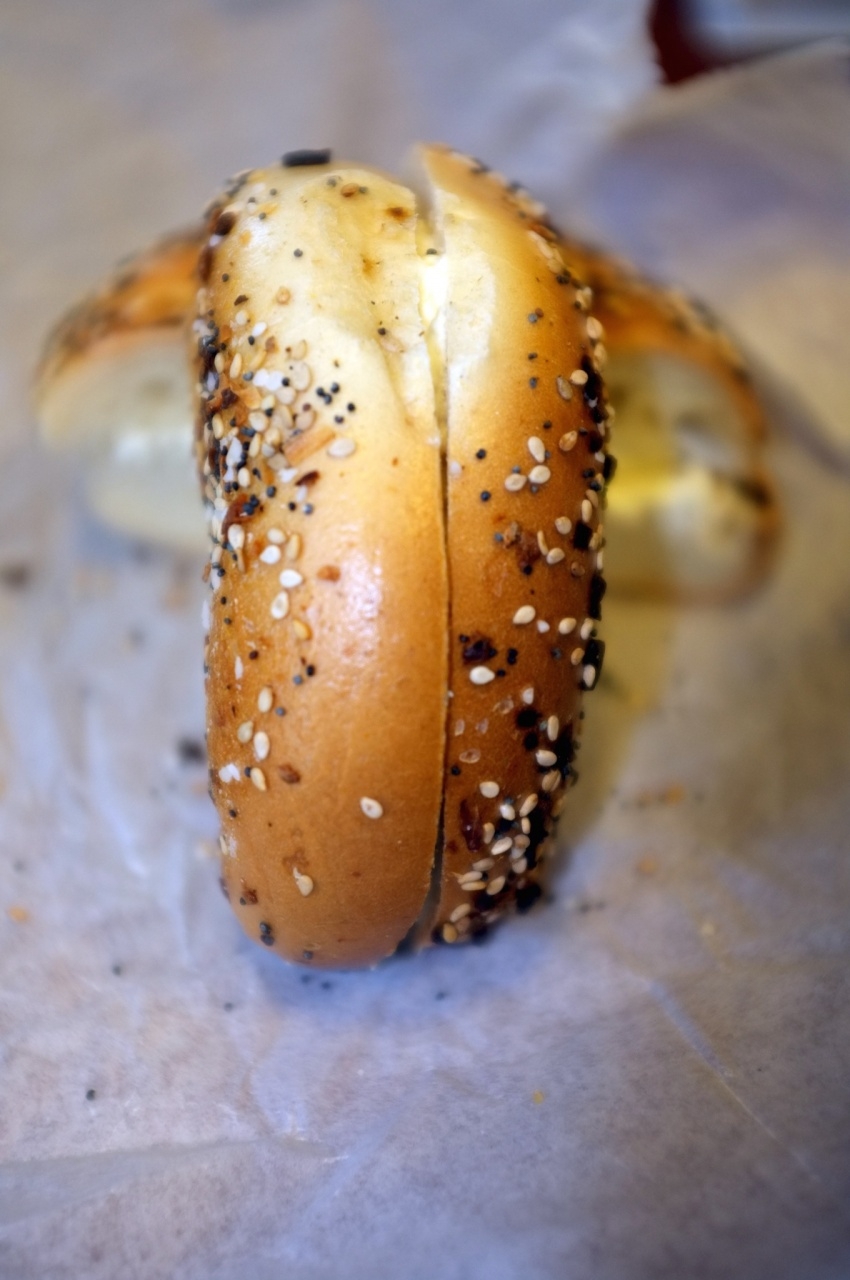 I presume they are not the only place to do this, but they are the only one I know of, and I just discovered this a few weeks ago. You can eat a bagel as a sandwich, but most places make them pretty big these days and it is often easier to eat them as two sides. That means — at most bagel shops — you end up eating a side of everything bagel and a second side of what is effectively a plain bagel.  Wonders never cease.

So thanks to Justin for the request. If you’d like to place your own request, you can do so by leaving a comment on this page, which also has more info about guidelines and ideas.