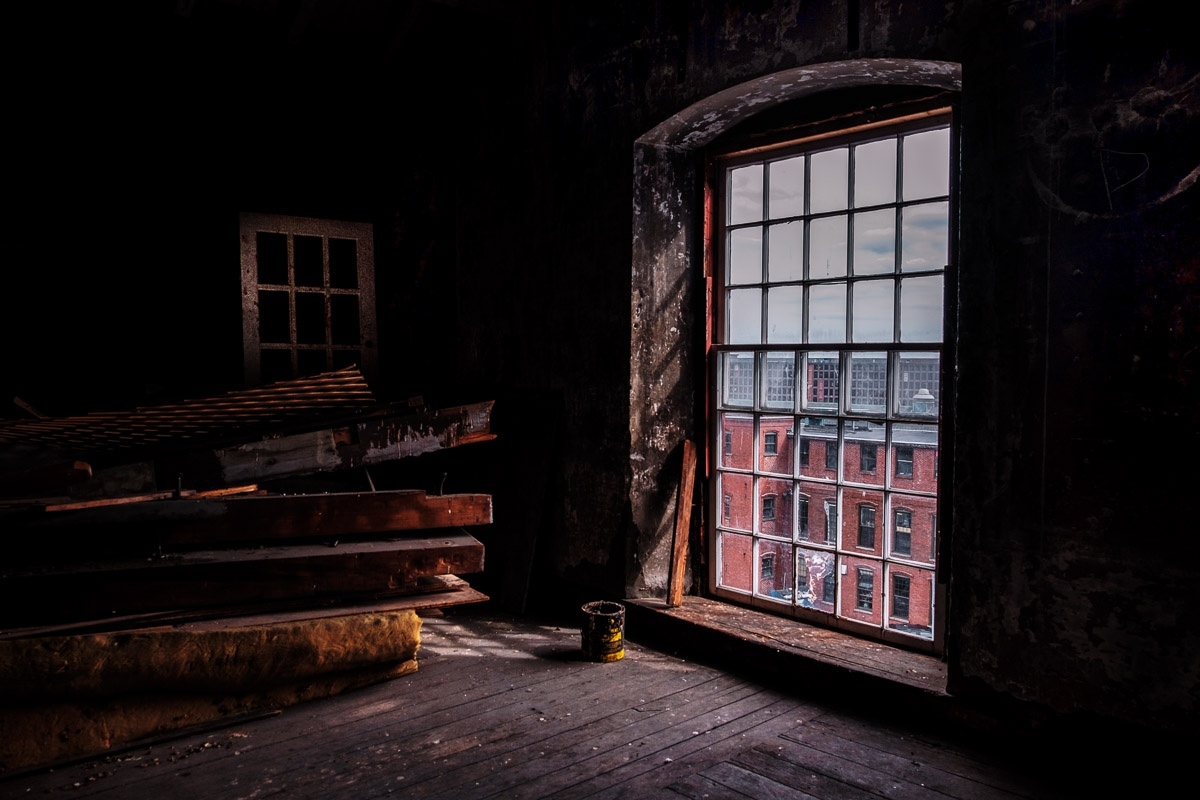 It’s been a very long time since my last posted image, more than one month. That is a function of multiple factors. First I was in a bit of a photographic funk. Then I was just generally busy, and for the last 2+ weeks I have been on jury duty which has completely sent my life and daily routine sideways.

But I squeezed in a pre-planned trip to Lawrence, Mass this weekend to take part in a Light Painting Workshop at the Lawrence Mills given by my friends Bob Lussier, and Steve Perlmutter. You can find more info about their tours and workshops here.  Their next event is April 23 so move quickly. Another friend, Len Saltiel, also came along, and yet another photographer – Mike Tully–  whom I have known through online interactions, also showed up.

I took this in the afternoon before the official workshop began when I had some bonus access to the mills.