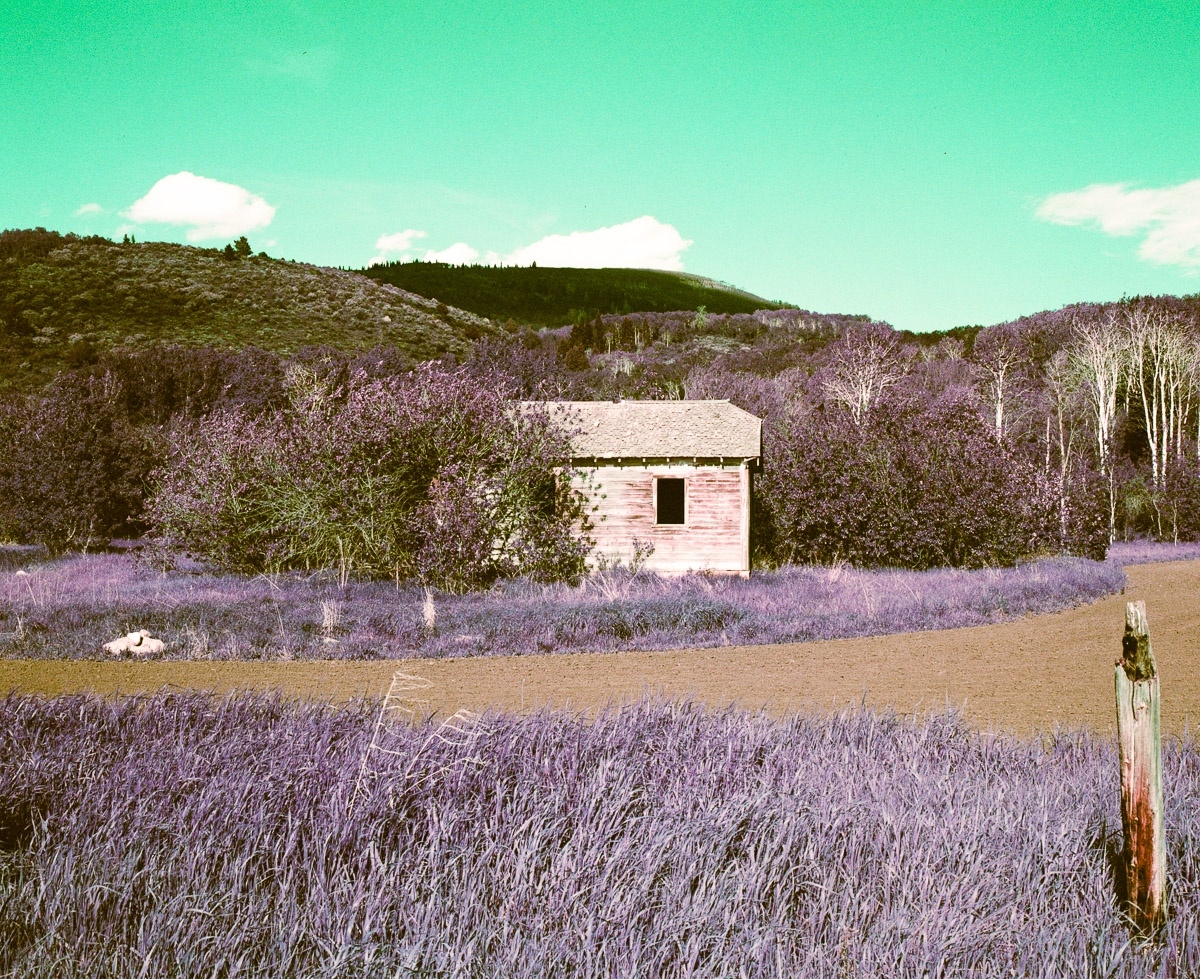 The nXnw crew has never gone to Idaho on one of our trips, but we’ve been there twice.  Last’ year trip to the Palouse region of eastern Washington State had us very close to Idaho’s western border, and this year’s trip to Jackson, Wyoming had us near Idaho’s eastern border.  Both times we drifted over the border.

This abandoned farm shack is literally on the border, on a road called State Line Road.  The shack is in Idaho, I might have been in Wyoming depending on which side of the road I was on. The Grand Tetons provide better scenes for dawn shooting than for sunset, and so we crossed over to try to get a nice sunset view.  We sort of got lost and ended up stopping here so we could at shoot the shack. This is taken with the same purple Lomochrome film I used here.  We did eventually find a nice view, but sunset was more or less a bust, so we could have stayed in Wyoming, but as has been said before it’s all about the journey sometimes, and it was a great evening with friends nonetheless.