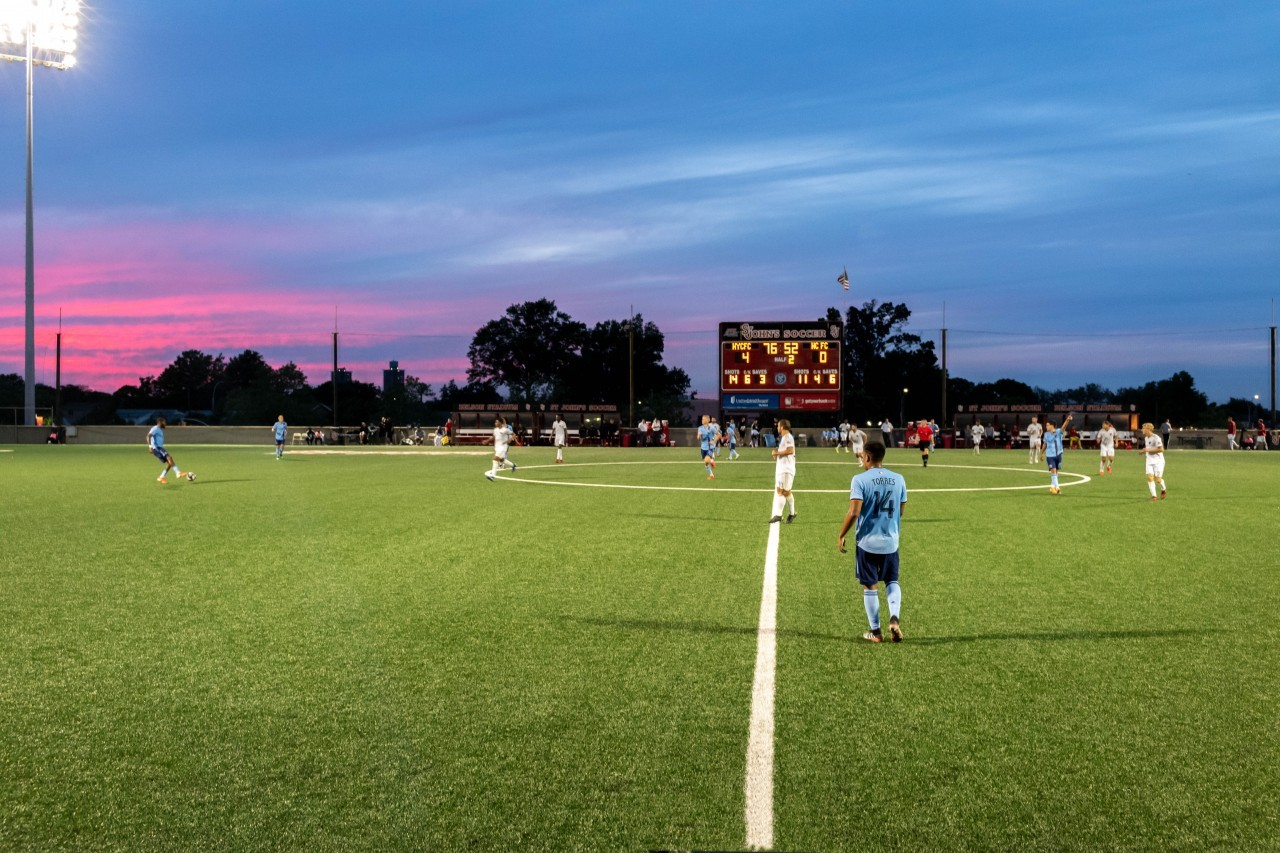 New York City Football Club, aka NYCFC, is a soccer teams that plays its regular season games at Yankee Stadium. But soccer has a tradition of nationwide tournaments that bring teams from different leagues and levels together in a unified, knockout round style competition.

In the United States this competition is the US Open Cup, which despite soccer’s limited (but growing) status and popularity in the US, is the second longest running continuous soccer club competition in the world, after the English FA Cup.  Clubs from all levels from amateurs to the top league in the country participate.

This year NYCFC’s first tournament game was mid-June against a team from the USL Championship league.  Sharing Yankee Stadium with the very primary tenant Yankees, NYCFC has difficulty scheduling these games, but it also is not unusual for earlier round USOC games to be played in smaller, alternative venues.

This game was held at Belson Stadium, the soccer stadium of St. John’s University in Queens, with a capacity of about 2.1 thousand.  I created a very intimate atmosphere as nobody was further than 8-10 rows away from the field.

I was especially fortunate to have tickets right at the midfield line in the second row, and the fading colors from the setting sun really added to the atmosphere (though the low-hanging sun roughly 45 minutes earlier made seeing the game in that corner rather tough.