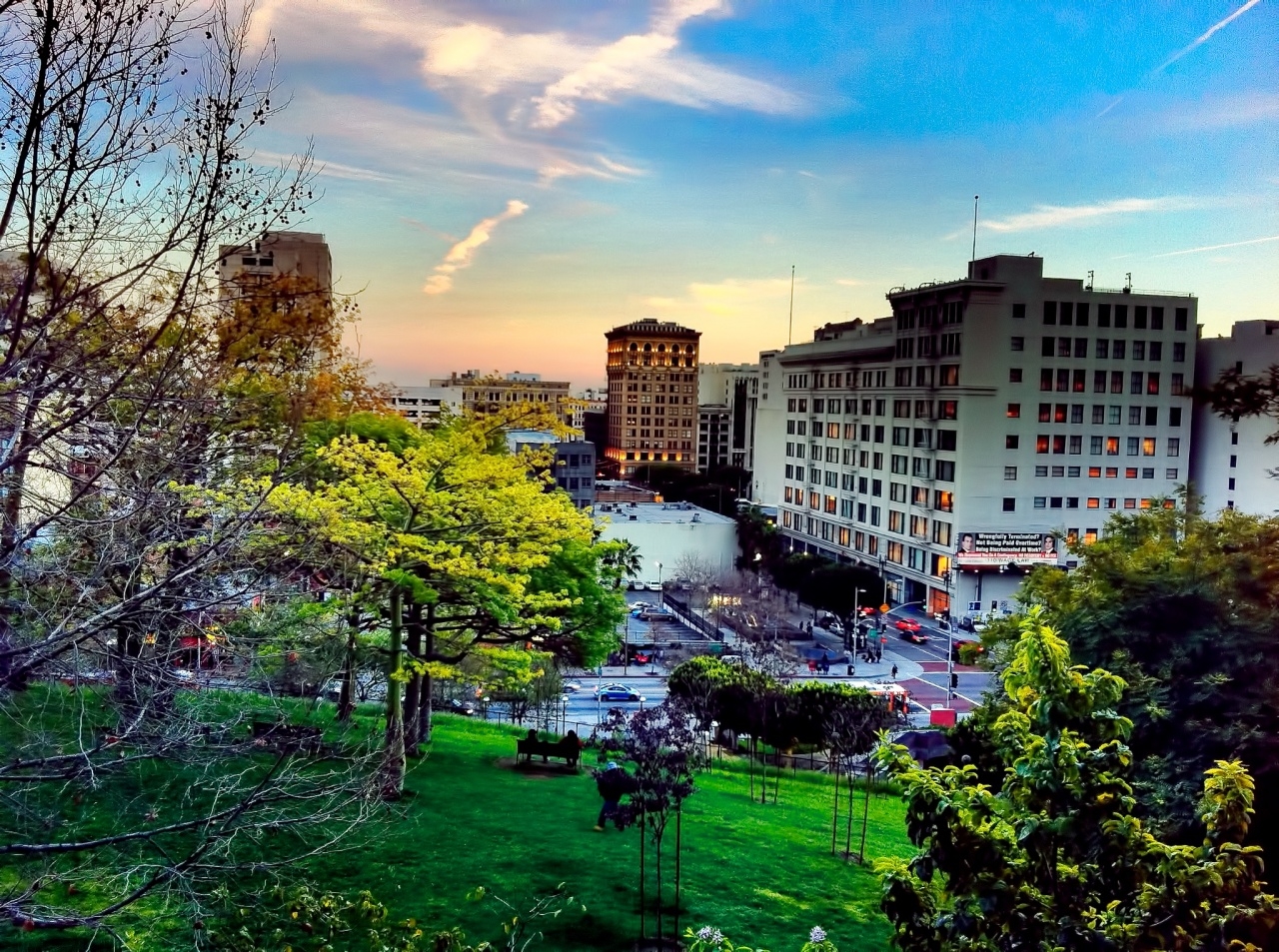 Last week I was walking back to my hotel on the top of Bunker Hill in Los Angeles on South Olive Street. Across the street I noticed a park. Although I couldn’t see the view from the park without crossing the street and entering the park, I was pretty certain that it was the park featured in the movie (500) Days of Summer. I did not have time to divert myself, but made a mental note to research the point. Later that day I discovered that it was indeed the park by googling “500 days of summer bench.” The park is called Angels Knoll. The bench is the location for two important scenes in the movie, which is an independent romantic comedy about a failed relationship that lasts 500 days. The girl’s name is Summer. Even later in the day I found my way to a plaza that overlooked the park. I’m pretty sure that’s the bench you see below, although I’m not certain. In the first scene set there, the male protagonist, a young man trained as an architect but working in the greeting card industry, tells Summer that this is his favorite spot in Los Angeles because of how many great buildings you can see. She points out that you can also see a lot of parking garages. I thought it kind of neat to capture both the bench scene and its view in one photo.

This was taken with my iPhone, using an app called Pro HDR, which does a remarkable job of creating decent HDR images with 2 exposures. It uses the iPhone’s processing power to measure how far apart the 2 exposures need to be and automatically merges them. You just need to keep your hands steady. I used Nik plugins, mostly Color Efex and Viveza, to edit the image in post.

The title refers to the coincidence that the day I took this picture was exactly the 500th day measured from the first day of this photoblog. I’m not kidding. I added it up. If you think that means something, go visit Tim Gibson, [dead link removed] who has a fondness for numerology centered on the number 11. You can go visit him anyway because he takes great pictures. Me, I just think this was a neat coincidence.

Fill ‘Er Up At The Silvercup