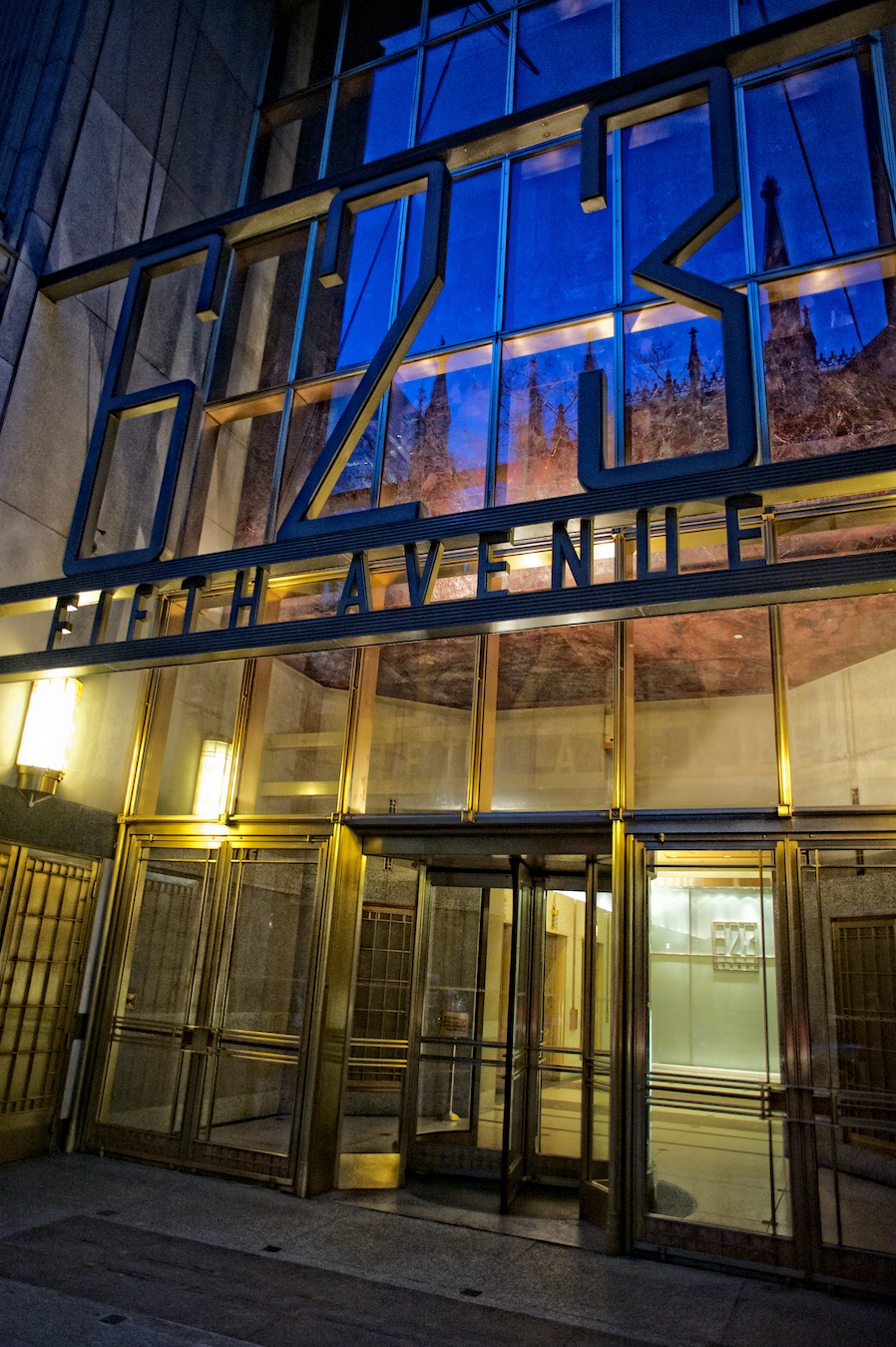 In New York, as in most cities, some addresses are deemed more desirable than others.  Generally the avenue addresses have a bit more cachet than the streets, and Fifth Avenue is among the most esteemed.  This building entrance sits on E. 50th Street between Fifth Avenue and Madison Avenue, but claims a Fifth Avenue address.  The entire Fifth Avenue block on which it sits is fronted by the Saks Fifth Avenue flagship store.

I’m not offended by the attempt to pass oneself off as being of a higher station than is technically accurate, but an address is supposed to tell you where to go, and this one fails.  A few years ago there was a trend for new office buildings to get the city to authorize the naming of “plazas,” really just intersections, so the building could have an ostensibly cachet address that nobody would know how to find.  As far as I can tell, that’s out of fashion now, thank goodness.

All of hat aside, I love, love, love this entrance.  It’s just gorgeous, with this outstanding and timeless Art Deco.  Somehow in this photo it comes off looking like something out of a comic book.  It was not intentional on my part, but I love the effect anyway.