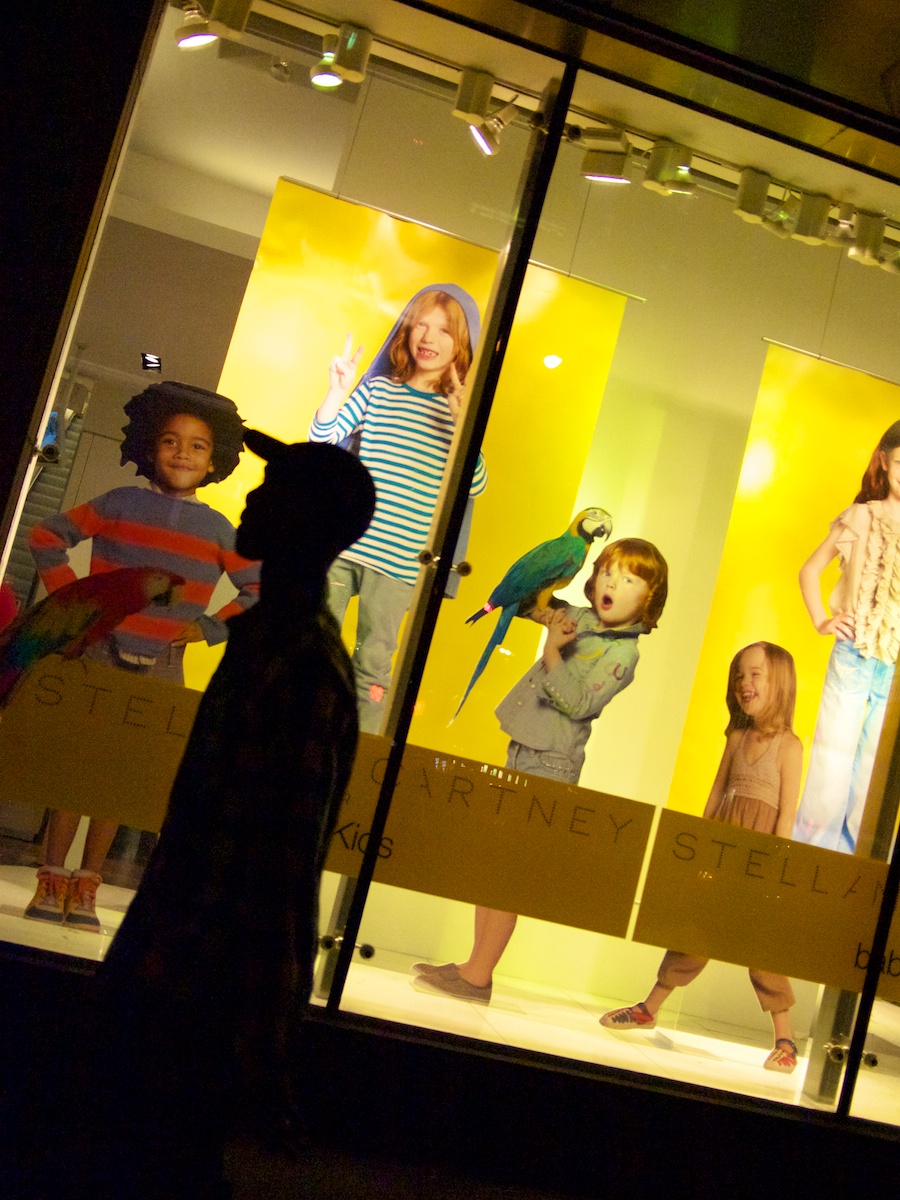 There’s  a website called Daily Shoot that posts a photo exercise every day, with a way to get a small version posted on that site, plus a link to your original. I participate occasionally at bes, and as a rule, I don’t post my efforts here. Instead I collect them in a Flickr set.   Last week I looked at the daily assignment on Friday, and realized that I had taken the perfect image for that assignment the night before.  Strictly speaking, you’re not supposed to dig out an old photo to meet an assignment.  The whole idea is to shoot every day and do something you weren’t expecting, but I couldn’t resist, given that I had basically anticipated the assignment by fewer than 5 hours.  The description for Friday’s assignment, Daily Shoot #145, was “Make a photo without composing by looking through the viewfinder: over your head, from the hip, on the ground, etc.”

The previous day, I received my new Olympus E-PL1, and took it out after work to experiment. I saw this young guy in a cool outfit on Fifth Avenue and tried to take a photo while walking next to him but not looking at him. I matched him stride for stride — looking only with peripheral vision — for  about 1.5 blocks, holding my camera guardedly and pointing it at him based on feel.  Most of the shots ended up pointing at the sky, but this was a very happy exception. I wasn’t trying to achieve a silhouette, and had no idea what was behind him at any given time.  I didn’t even realize we walked past the Gap Kids Stella McCartney display, and didn’t see this until I reviewed my shots while riding the subway home.

This is the first image I published with this new camera.  It’s by no means a replacement for the D700.  It’s a nice smaller quality camera I can carry just about everywhere — not quite pocket sized, but still very portable.