Smoke is evocative, mysterious, moody, and unpredictable.  It can both interfere with and enhance a photograph.  It is also the title of my favorite photography movie, even though it is not really a movie about photography. 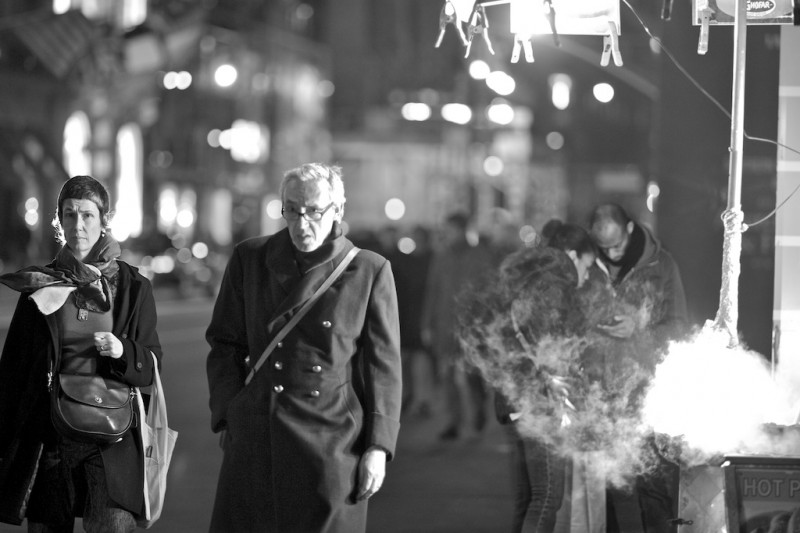 There is no definitive list of best photography movies. Some people think of documentaries or biographies of real life photographers. Others focus on fiction, where there is not much to choose from.  Almost everyone includes Blow Up, most include Rear Window, and after that the lists disperse, and are not very impressive. In my quick research, I only found one list that even included my favorite photography movie, in a discussion forum on Flickr. It is no surprise to me that a discussion among amateur photography enthusiasts was the only one to include this film, because Smoke celebrates exactly that type of photography. It also includes a scene, in the first clip below, in which a photographer sees one of his photographs elicits a response in his a viewer that most photographers would pay to evoke.

Photography actually only occupies a limited portion of the movie.  In fact, I think every scene involving photography is included in the YouTube clips that are in this post, yet they are an integral part of the story of the central character, Augie, and the topic of photography and cameras also closes the movie.  Actually, Smoke is one of those movies with no single topic or plot.  It is a group of interconnected yet separate stories centered around a single character, Augie, who manages a tobacco shop at the corner of Seventh Avenue and Third Street in Park Slope, Brooklyn. Since finding these clips, I have watched and rewatched them several times, but it has been a few years since I watched the entire movie, so forgive me if I misremember a few details.

This scene introduces us to Augie’s photography project, shows him sharing it with a friend, and eliciting the extreme reaction that I mentioned above.

Everything from here includes spoilers, so it’s going below the fold and consider yourself warned, but if you watch the clip I don’t really add anything new.
END_OF_DOCUMENT_TOKEN_TO_BE_REPLACED