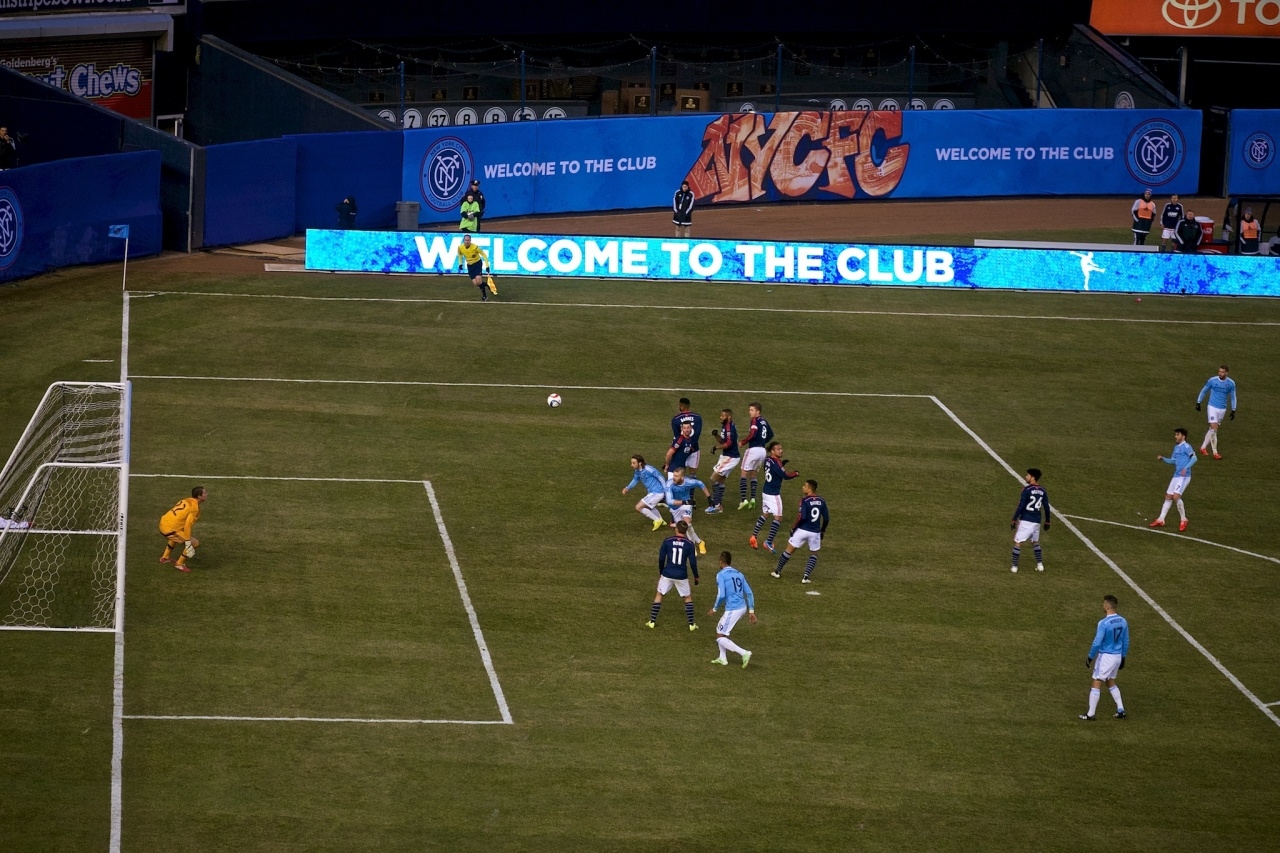 If you had told me, ever, that some day I would be more excited about the first game of a new soccer season than I would be for baseball, well, you know how the rest of the saying goes. Even a year ago it would have surprised me. 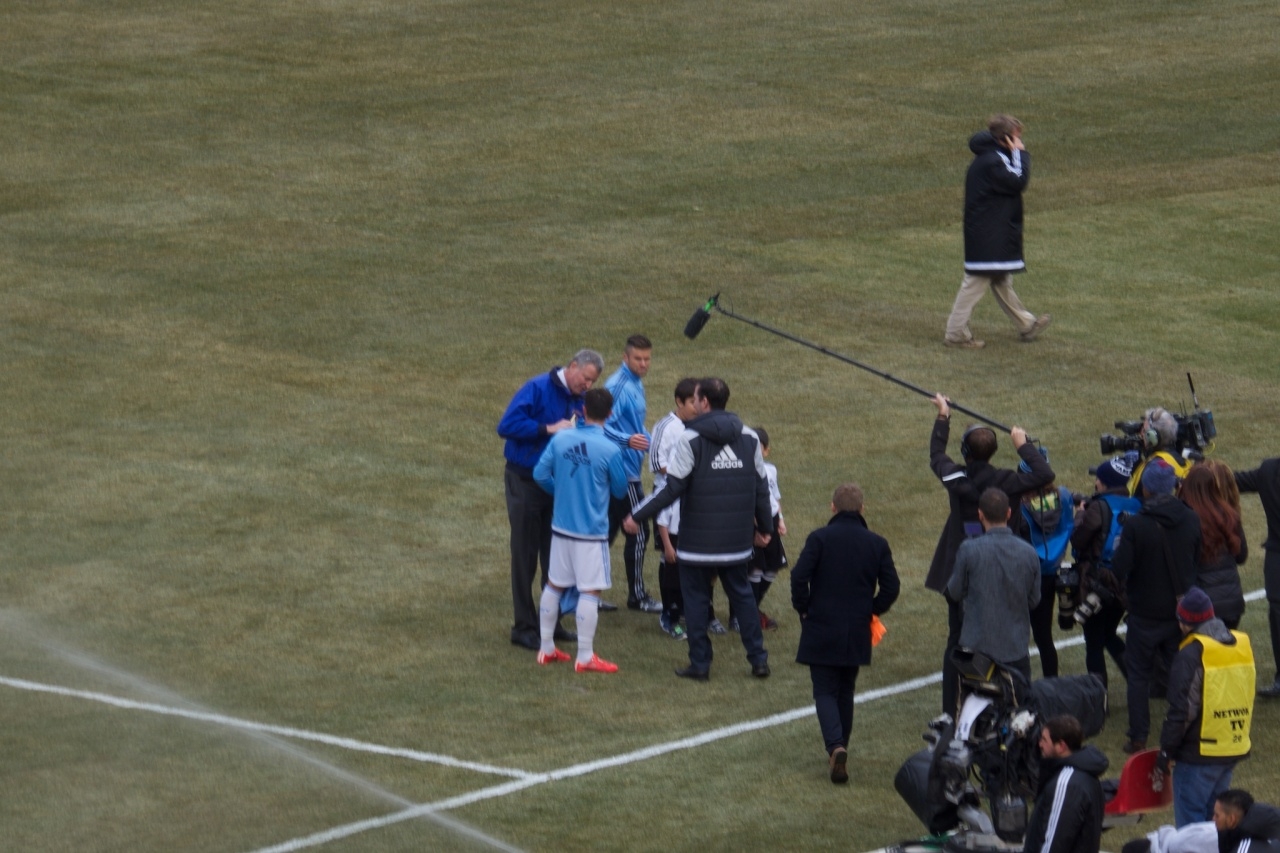 The reasons are many: the really short version is baseball game average 3 hours in length while soccer lasts 2. Pretty much always.  There’s a lot more. The only slightly longer version is that almost every way in which baseball has changed since the DH (which I actually liked) has made the sport less interesting to me: rules, economics, game length, game play, playoffs, everything. 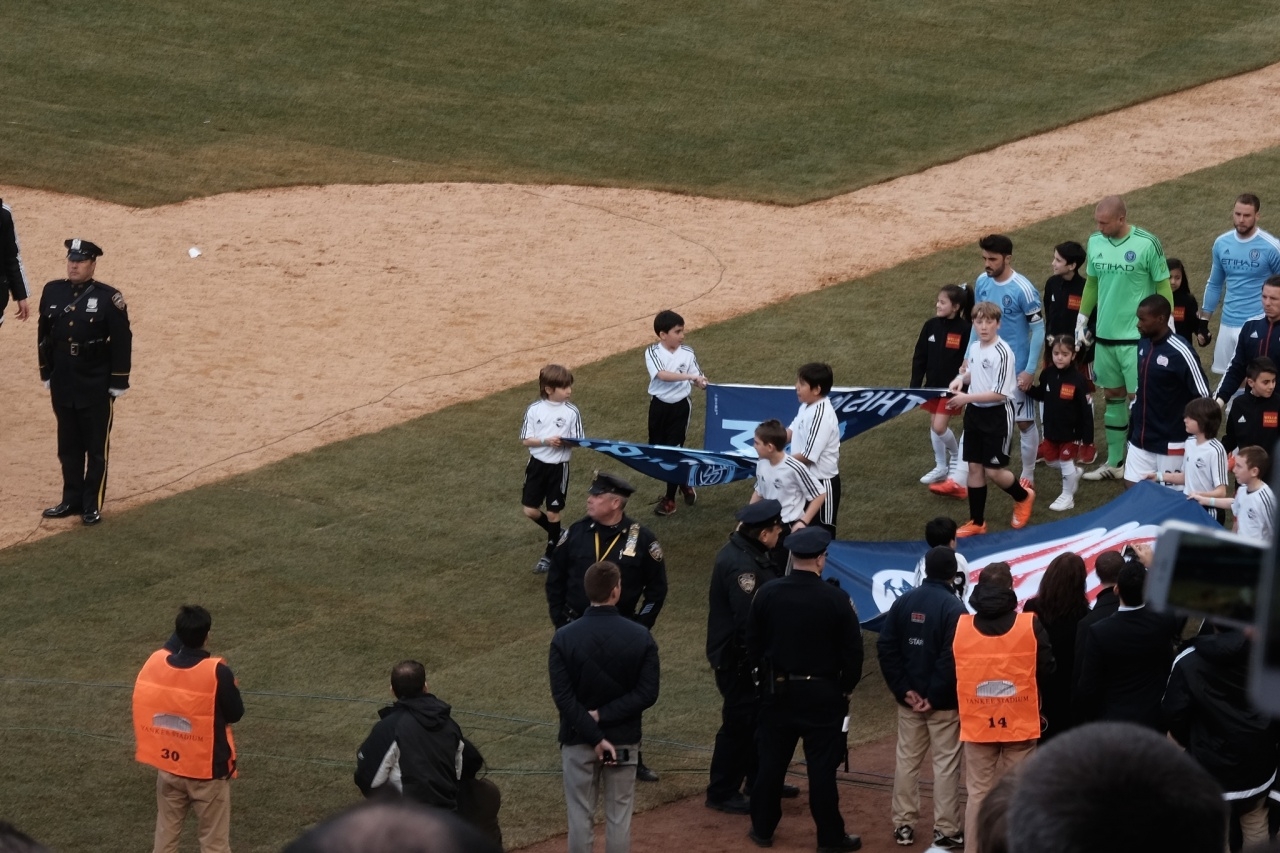 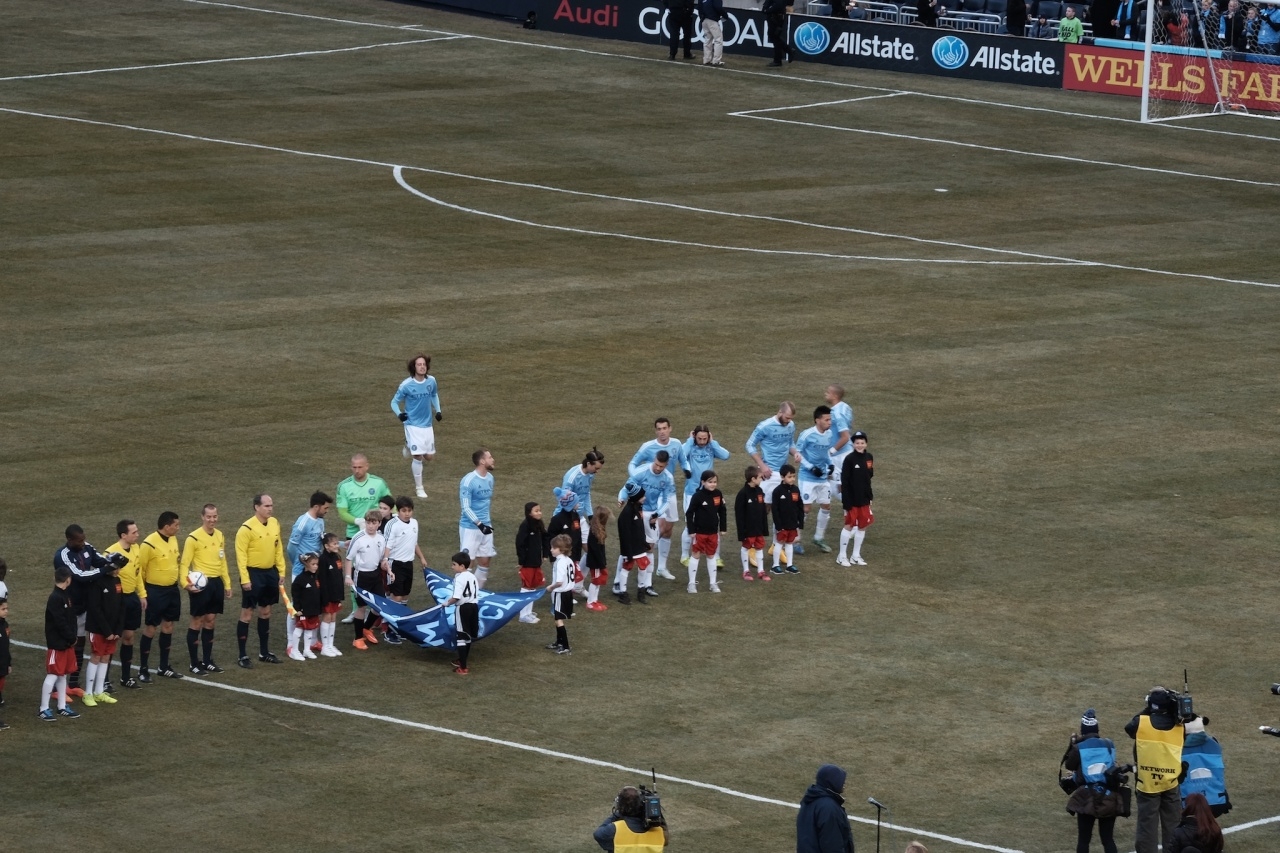 Soccer also has the benefit of not having had a chance to disappoint me yet. 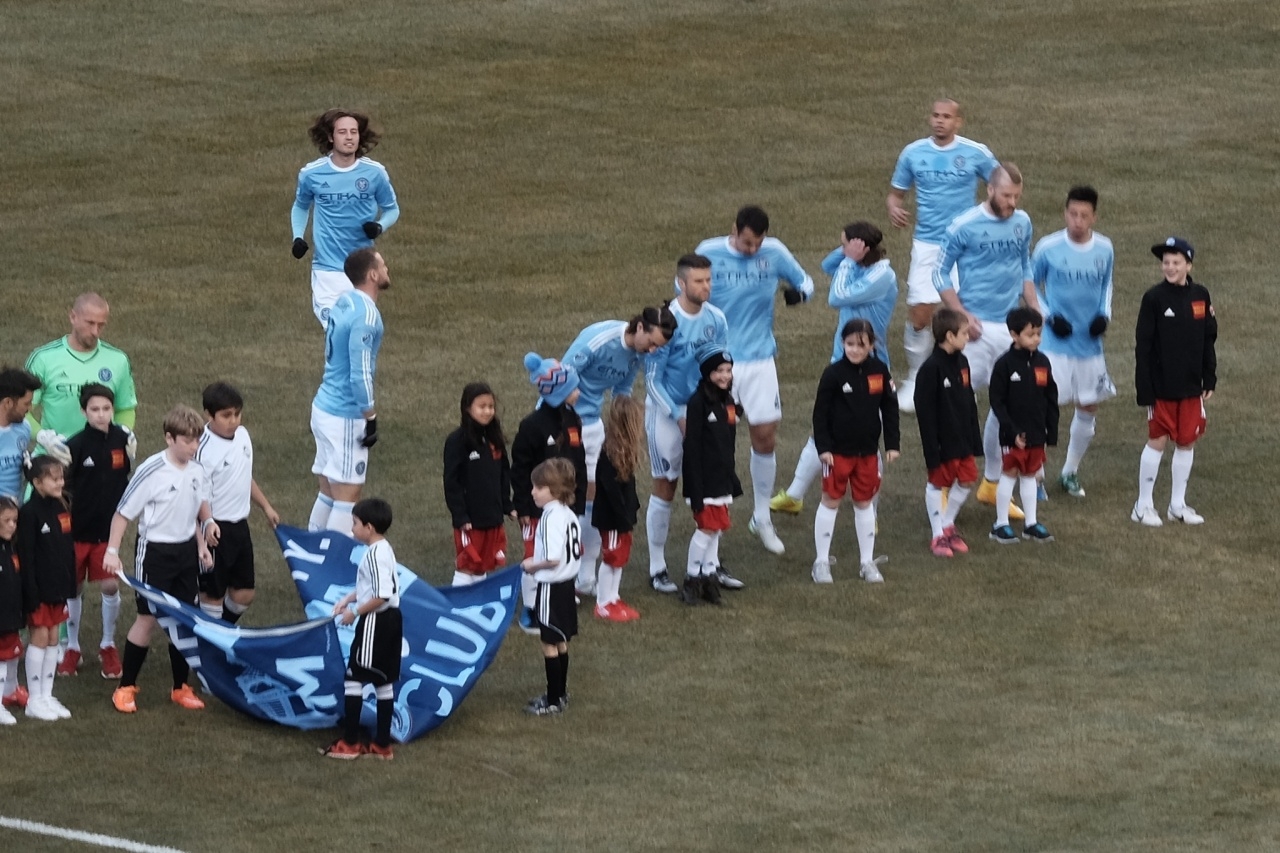 Last summer I found out about NYCFC (New York City Football Club), a new Major League Soccer team that was announced in 2013 and started its first season this month. It was right around the World Cup, and my interest in that, plus the opportunity to get in at the start of a new team combined to convince me to get season tickets and go for the ride. 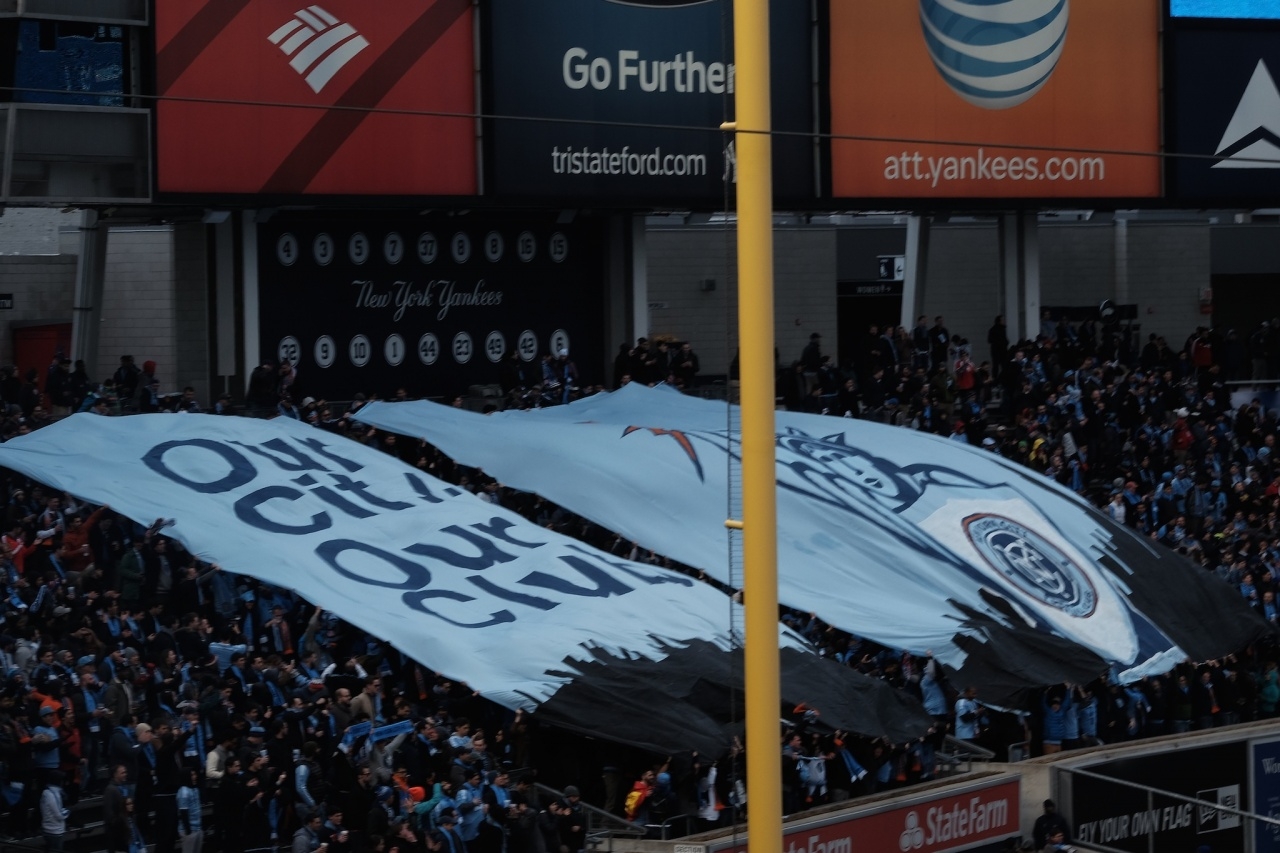 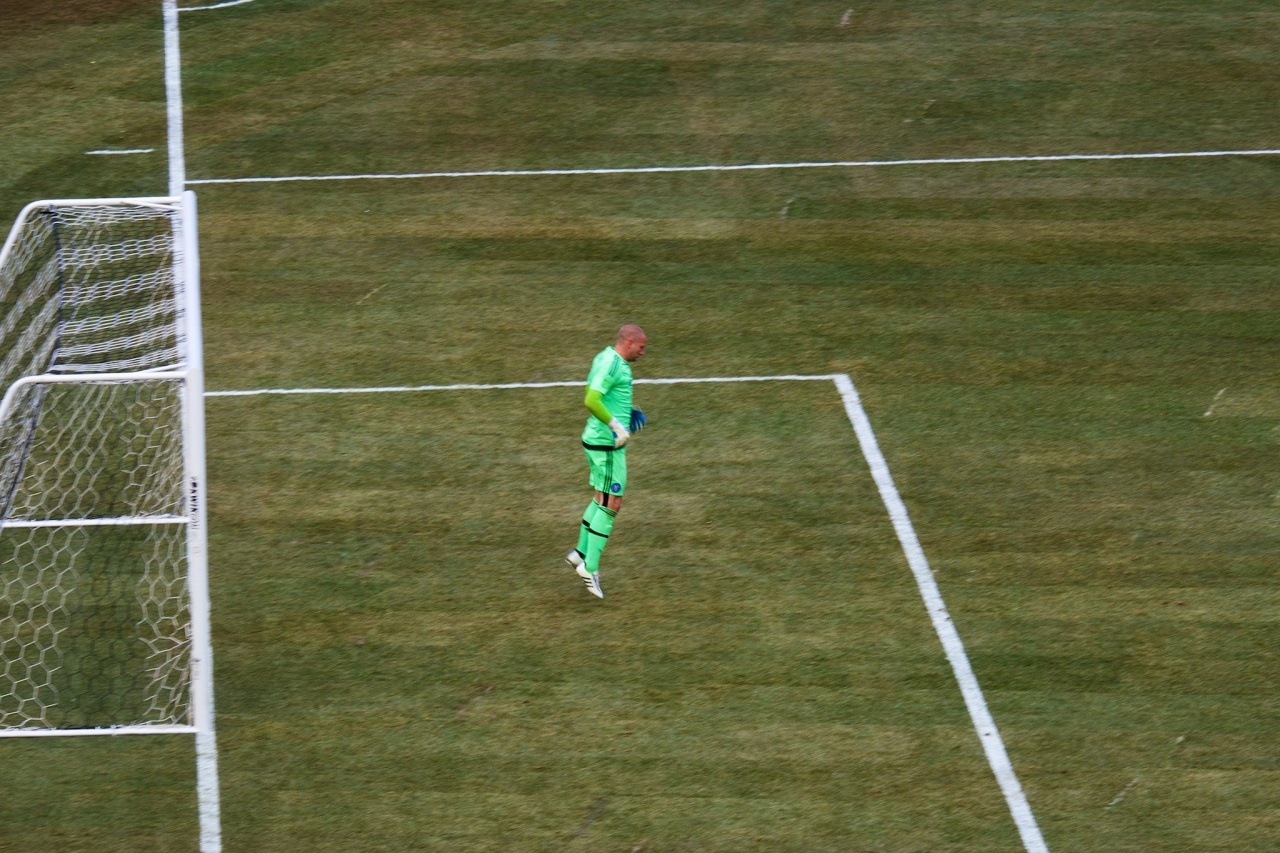 They opened play a week ago in Orlando, another new expansion team. That ended in a 1-1 draw. Sunday NYCFC had it’s first home game against the New England Revs. They are playing in Yankee Stadium for an indefinite time, until they can site and build a new soccer specific stadium . The Stadium is far from ideal for soccer viewing, but the crowd was enthusiastic and loud nonetheless. I brought my camera and took some shots, mostly before and after the game as I wanted to concentrate on enjoying it. The shot at the top of the post is an exception that shows a free kick by team captain and Spanish national team star David Villa after a penalty. It did not lead to a goal, but NY won the game 2-0. Villa had previously scored in the 19th minute, and former Revs player Patrick Mullins put the game away in the 84th minute. 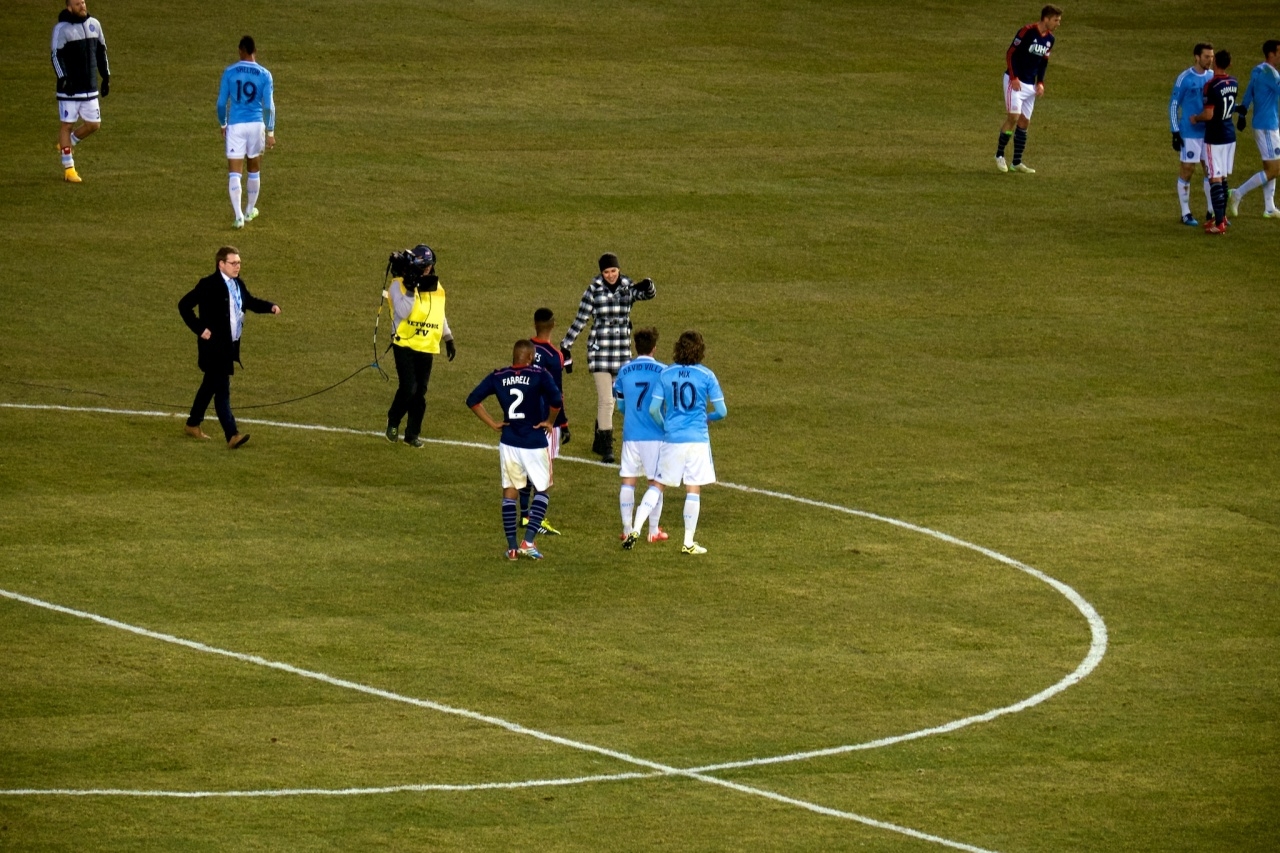 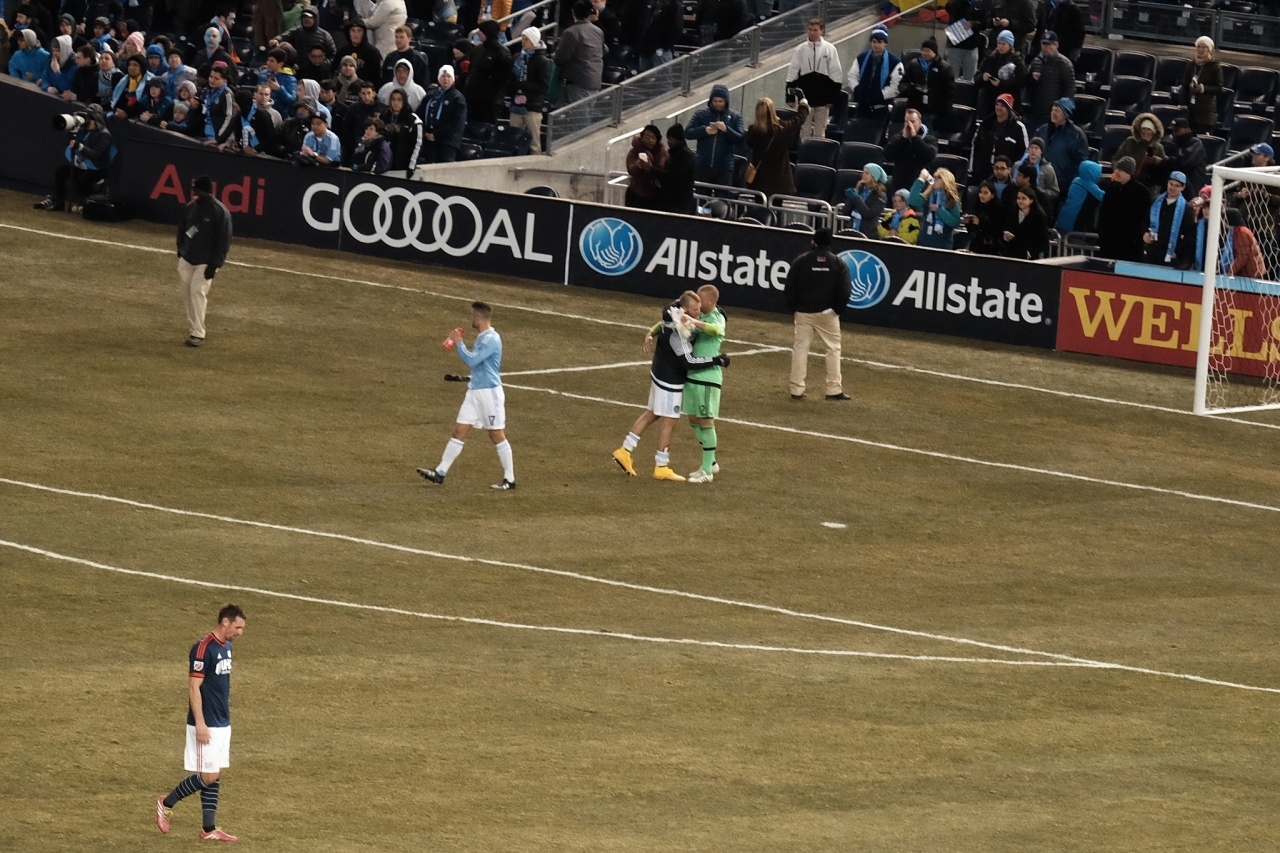 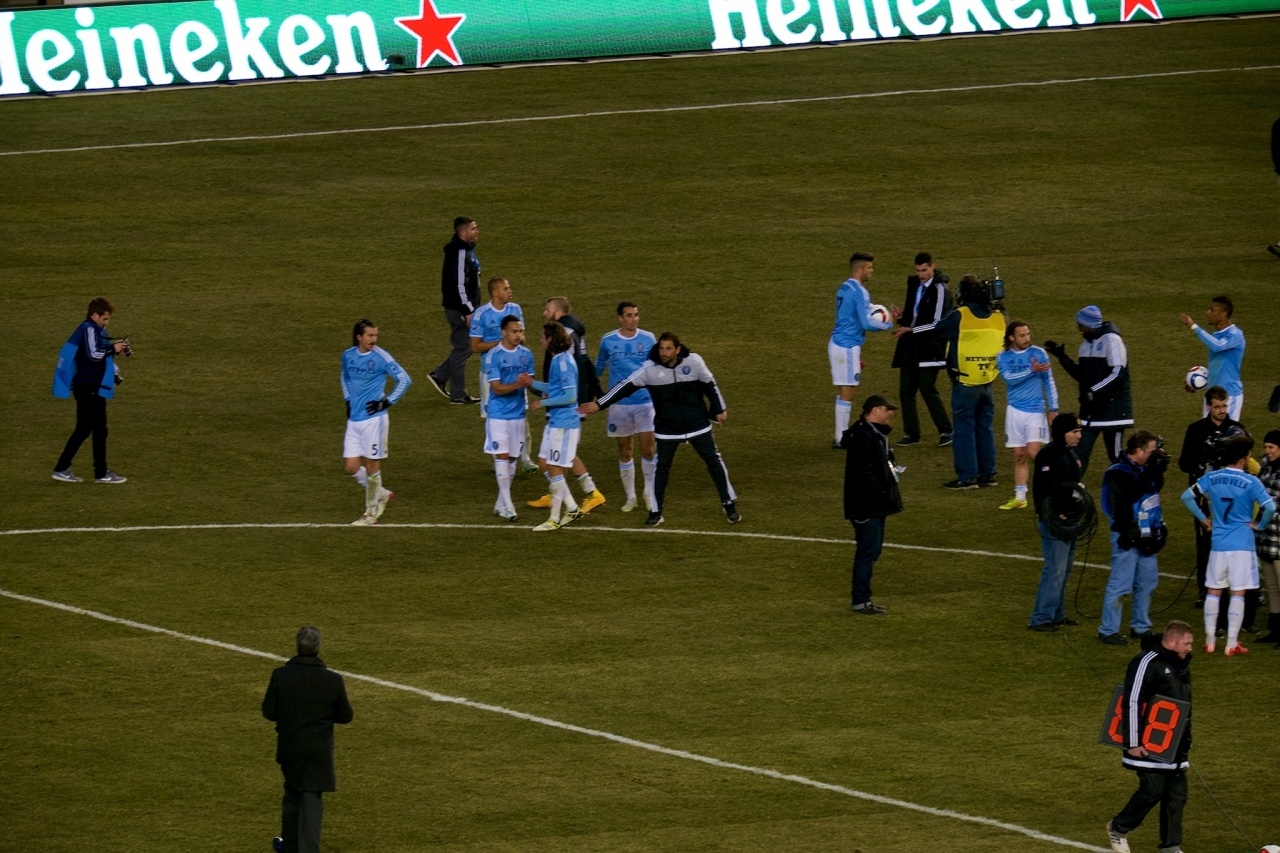 All in all an auspicious start and I’m looking forward to the rest of the season.