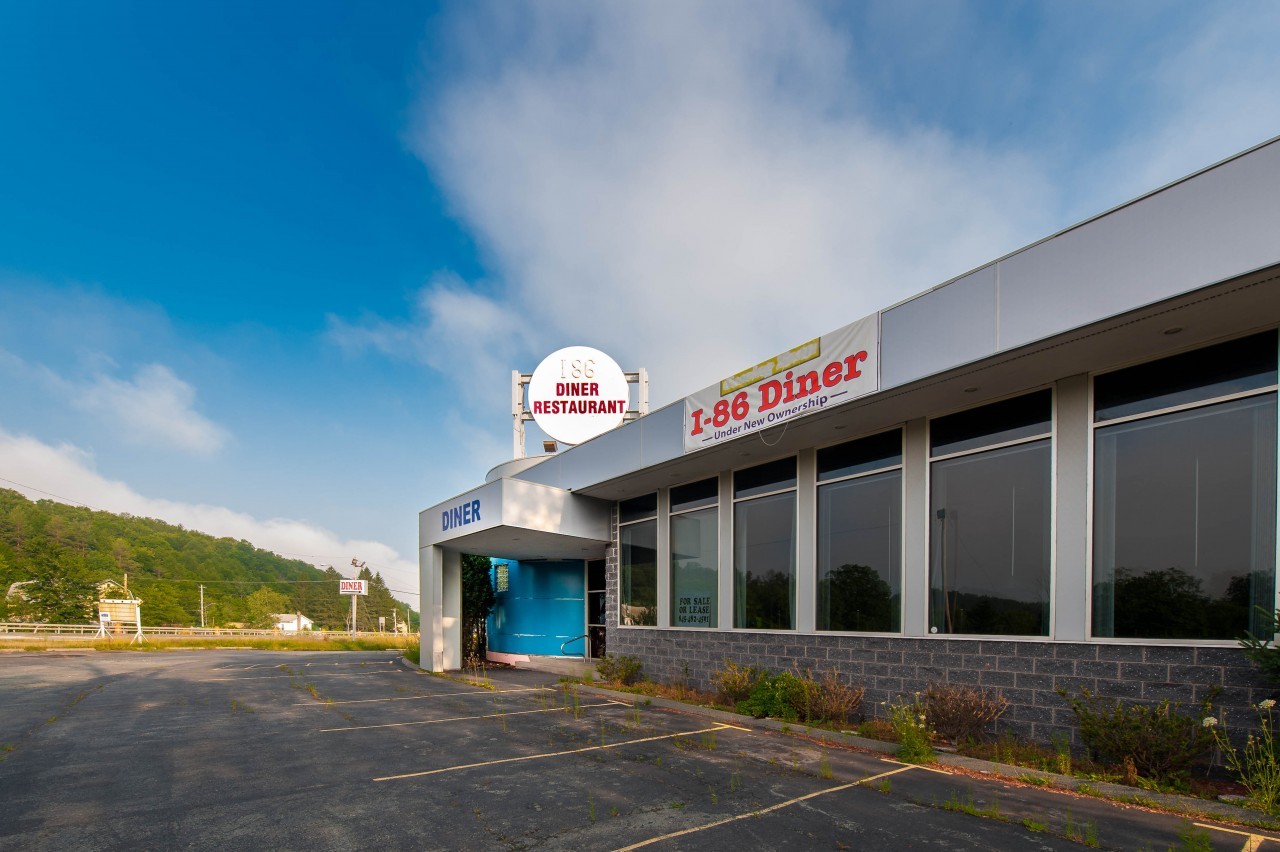 Here is another reworking of a previously shared photo of the I86 Diner. There is more info on yesterday’s post, with links to some of the older original posts.

One detail I do not believe I ever mentioned is sadness behind the name change of the diner. I have previously mentioned that it was named the West 17 Diner, and then renamed the I86 Diner, because the highway was similarly being upgraded and renamed. But I have not mentioned how poignant I find that, because it probably means the owners originally believed the highway upgrade would be a boon to their business, until they eventually discovered the highway was being rerouted such that the diner no longer is on the highway.